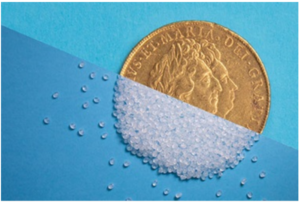 325TH ANNIVERSARY OF THE BANK OF ENGLAND

325 OBJECTS, MANY PREVIOUSLY UNSEEN, TELL THE STORIES OF THE BANK

Spanning art, design, archaeology, architecture, ceremony, politics, wartime, the monarchy, security, fraud and forgery, crises, riots and technology, the exhibition is an absorbing presentation of world and social history from a genuinely unique perspective.  Far from a predictable chronological trawl through history, it is a lively display of significant, surprising, beautiful and unusual items that have tales to tell. Full of stories, characters and moments in history, 325 years, 325 objects is drawn from the Museum’s own collections stored deep beneath Threadneedle Street.

The Bank of England Museum tells the story of the Bank, from its foundation in 1694 to its role today as the United Kingdom’s central bank. Within a full-size reconstruction of Sir John Soane’s 18th-century Stock Office, a large boat construction is full of interactive displays explaining how the Bank works, banknote design and security and how the Bank endeavours to keep the financial system on an even keel.

Among the highlights of the exhibition:

One of the highlights of the exhibition is an exquisite botanical sculpture commissioned by the Bank for the exhibition. Created by artist Justine Smith, the sculpture takes the form of an arrangement of wild British flowers – bindweed, wild cherry, dog roses and hazel branches – all made from a combination of previously circulated (now unfit) £50 notes and uncirculated £50 test notes. The delicate, red floral arrangement will be presented in a silver water jug, dating from 1694, the year of the Bank’s foundation. Justine Smith said, “I am excited to see my work joining the collections of the Bank and lining up alongside 324 objects spanning its history. I am interested in the idea of wild flowers being tenacious and sturdy and finding their way to thrive wherever they can. And I’m using banknotes and I see them as a symbol of labour, strength and continuity – of putting down roots.”

Among the many little-known stories to be found in the exhibition is the terribly sad tale of the ‘Bank nun’, Sarah Whitehead, who, from 1812 to 1837, visited the Bank of England each day, dressed in mourning clothes. She was the sister of a former Bank Clerk who had been sentenced to death for forging an acceptance to a bill. Each day she came to the Bank, awaiting her brother, under the delusion that he was still employed there.

Jennifer Adam, curator of the Bank of England Museum, said, “We are reaping the rewards of the fact that the Bank never threw anything away! The sheer variety of items at our disposal meant that the challenge posed by this exhibition was narrowing our selection down to just 325 objects. The display moves from the earliest banknotes to contemporary art made from polymer notes, from the first appearance of the Queen on our banknotes, to the very latest payment technology. We are especially pleased to be throwing light on some lesser-visited areas of the Bank’s history, including the work of the first female clerk, the life of staff at Threadneedle Street and Sir John Soane’s ‘lost’ Bank building.”

Described tours, led by a Museum Guide, are available for visually impaired visitors. Booking is essential.

Groups: The Museum offers free talks and presentations to visiting groups of all ages. To arrange an event please email education@bankofengland.co.uk