The area around the Barbican is becoming one of London’s hotspots for eating out, and we are seeing an almost unprecedented number of openings and restaurant relaunches close by.

In early November we attended a launch party, along with some other Barbican residents and local businesspeople to celebrate the relaunch and refurbishment of the Malmaison hotel’s bar and restaurant, Strip Bar and Steak .  It was quite a lively event with a number of invited ‘celebrities’ – a couple of whom we’d even heard of ! 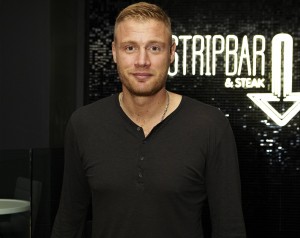 Since then we were invited to attend the launch of the ‘Ski Lodge’ at Coq d’Argent which has seen the open area on the terrace outside the bar decorated as a ski lodge and equipped with heaters to keep the cold away and  Steam and Rye on Leadenhall Street – a fairly manic launch with huge numbers of people and a noisy rock group.  We have also been invited to attendthe launch of Tirage- Champagne et plats, which sounds perhaps a bit of an upmarket venue  in Bishopsgate.

As foreshadowed in the last issue, Foxlow and  Benito’s Hat opened up in St. John Street during November, while Angela Hartnett – one of the ghostly celebrity chefs in charity StreetSmart’s short fun promo video based on Dickens’ A Christmas Carol, has opened the Merchants Tavern on the site of the old Cantaloupe in Charlotte Road in Shoreditch.  StreetSmart has a large number of major London restaurants supporting it – including around 60 in the City/Clerkenwell/Shoreditch area – which add an optional £1 onto the restaurant bill during the months of November and December.  Last year the charity raised over £800,00 which is distributed among local homeless charities.