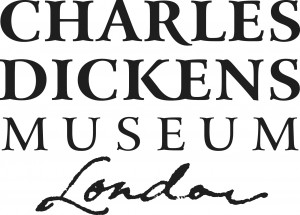 A new exhibition A City Observed will open on 2nd August, exploring the impact that handcrafted signpost artwork had on the writings of Charles Dickens and his representation of Victorian London.

The exhibition is being housed at the Charles Dickens Museum which is the author’s 19th century Holborn House, 48 Doughty Street and runs until November 2014.  It explores signs of old London and their significance in the dirty and noisy streets of the 19th century, showcasing signs that inspired the writer.

Much of what has fed the public imagination about Victorian London has come to us through the writings of Charles Dickens.

In an age of no internet and no television traders and crafts people relied on the visual impact of their signs to attract people’s notice.  Dickens, the arch observer, not only noticed them, but used them in his writing to create the vibrant scenes we know so well…

“I am always wandering here and there from my rooms in Covent-garden, London – now about the city streets… seeing many little things, and some great things, which, because they interest me, I think may interest others.”

Striking objects from the Museum’s collection are joined by a truly engaging exhibit, the Dog and Pot Inn Sign, a sign familiar to the boy Dickens as he walked to work at the Blacking Factory while his father served time at the The Marshalsea Prison.

The exhibition will be seen in the context of Dickens’s London home.  Here the young husband and father, and staggeringly talented writer, lived and worked, creating characters such as Fagin, whose lair is situated not far from where the writer lived.  Dickens drew inspiration from the city streets, which he regularly walked, sometimes 15 miles a night, to fire his imagination.

If you seek a peek into the commercial life of Victorian London and want to get to know the man, who more than any other, shaped our view of this time and this place, then you need look no further than Charles Dickens Museum, and its arresting exhibition.

The show is suitable for all ages.  Its objects will inspire your curiosity and its activities will move you to look with renewed interest at objects previously ignored, like inn signs and manhole covers.

This summer visitors can also enjoy a variety of events including free family activity days, guided costumed tours, walks of Dickensian London and the opportunity to relax in the oasis of the beautiful courtyard garden café.