A TIME FOR CHANGE

A TIME FOR CHANGE

“Many councillors have been at Guildhall since God was a boy. Are they too comfortable?  We need people to work with us as partners.”

Adam Hogg stands on Gilbert Bridge looking out on his favourite view over the Lakeside towards Thomas More Gardens. A shaft of pale, wintry sun breaks through the clouds as he says: “The BA needs a more powerful voice.” 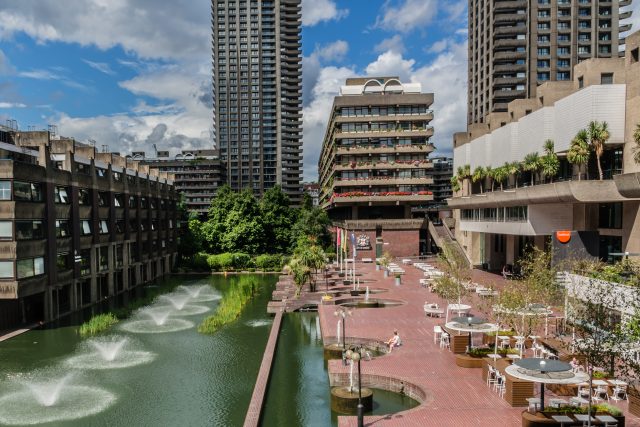 The frustrations of the BA chairman who took over the reins just 12 months ago are centred on how difficult it is to influence the City of London.

He says: “There are 23 committees and sub -committees with a finger in the Barbican pie. No one body is responsible to ensure this Grade 2 listed monument is being maintained and cared for.”

With the Covid delayed elections for Common Councillors at the Guildhall three months away in March, Adam Hogg is aware of the size of the task confronting him as he fronts a crusade to put the Barbican firmly back on the City’s map with a manifesto slogan: A Time for Change – the Barbican deserves better.

His priorities are for the Barbican Association to have more influence in Guildhall – with a much closer dialogue through regular meetings with the Common Councillors elected to the Cripplegate and Aldersgate wards. At present they jealously guard their independence.

“Many of our Common Councillors have been at Guildhall since God was a boy,” he says. “Are they too comfortable with the status quo?  That’s another problem. They become councillors for three reasons: 1. to be Lord Mayor; 2. to change the world or 3. they like the prestige.”

To try to get a new attitude of mutual co-operation, the BA will be arranging hustings before March at which they will share their objectives and ask candidates to support the BA manifesto.

The BA did consider creating a slate of candidates, (a group who run on a common platform) but decided this was a bit too Stalinist.  “We’re not trying to impose our will, we’re saying these are the things we want, tell us you’re going to support us on them before the election. Until now councillors have just gone their own way. Perhaps we didn’t tell them loudly enough.

“Working with the councillors gives us a better chance of having some wins,” he adds, pointing to the successful battle over the City of London’s proposed extension to the Girls’ School – an example of residents and Common Councillors uniting together.

Once this is achieved, he believes, we will be able to be more influential in the key issues affecting the estate:  Fighting harder to ensure the whole estate is properly looked after and maintained, having a say on planning decisions that affect us and improving the environment we live in.

This is all contained in the manifesto which is Adam Hogg’s vision. He believes that it’s only in this way, that we the residents can preserve the unique atmosphere and communal ambience of the estate.

Then there’s the ongoing question of whether we get value for our money from the City. Financially, we don’t have much leverage. The money we pay into the City is peanuts compared to what they receive from the business sector.

We residents pay around £3 Million in council tax and £10 million in service charges which come straight back to us.

On the whole Adam believes we don’t get a good return from our service charges. But he recognises it would cost a great deal more to live in newer, private developments like the Heron or Roman House. He still thinks, though, that the City charge us too much, not through malevolence but because of “antiquated bureaucracy”.

He maintains: “The major problem is that it isn’t transparent where our money goes. There is no one in the Barbican Estate Office accountable for efficient delivery and no one who is expected to ensure we get best value.”

Those residents who get exercised about the neglect of the estate and who wonder exactly where our £10million a year does go often perceive the City to be a Machiavellian team of shysters. Adam doesn’t agree: “I don’t think they’re out to do us – they’re not clever enough, they’re constrained by age old procedures.

“The City is generally benevolent and that’s why we need to work with them rather than against them. I often feel they hear us, but don’t listen.

“What I would say is they don’t take enough civic pride in their estates. Golden Lane has certainly not been looked after. The only reason the Barbican has been treated better is because we’re paying for it.”

It’s not as if the City is a cash strapped local authority. But the downside is that as a global financial centre their priority is making money and it’s easy to ignore their residents.

Of course, for the City of London, being a local authority is only a small part of what they do. “We’re the flea on the back of the elephant which needs to be swatted now and then,” adds Adam.

The Arts Centre is treated differently because it brings people into the City and adds to their prestige – it sends the message ‘We’re not philistines,’” he laughs.

“In contrast there’s nothing to be gained from the Barbican estate. The City can be in charge of the Arts Centre, but they can’t be in charge of us which makes us a bit of a nuisance.”

One thing about living here is that it’s never dull. Planning has a major impact as the City is ever ready to allow skyscrapers to be thrown up around us.

What happens with Bastion House and the Museum of London development affects us all. The City favours tearing both buildings down and replacing them with commercial offices and shops.

“Out of 430 people polled by the BA, 88% would like the buildings to be kept,” says Adam. “But if you do rebuild, then it has to be on the right scale and has to complement the Barbican rather than imitating the skyscrapers on the other side of the road.”

It’s not that Adam believes we should always take a NIMBY approach with planning decisions. He believes the City should talk us through the options, not issue a nanny-knows-best dictat and expect us to go along with it.

Apart from taking on the City, he also has to contend with a general feeling of apathy from residents. There are so many people handy when it comes to opinions, but not many willing to do anything. “So many people have reasons for NOT doing something.”

This is why Adam feels passionately that we need new blood, more people willing to work for the BA and to stand as councillors, people with an enthusiastic desire to improve the estate where we live.

But then the Barbican is in his blood.  His maternal Uncle, Philip Powell, designed both the aforementioned Bastion House and the Museum of London.

“He was no relation to Geoffrey Powell, one of the architects of the Barbican, but they were great friends throughout their lives. They admired each other’s work,” he says over a glass of Muscadet at his flat in Andrewes.

Born in Surrey, during the war, brought up in Chichester, Adam visited the Barbican as a young man and wasn’t over-impressed. “I thought it was a middle-class ghetto, not the sort of place I’d ever want to live.”

He went on to read medicine at Oxford but confessed he didn’t work very hard being more interested in running the university jazz club.

Emerging with an ‘Honours Unspecified’ degree, he cut his losses and went into the drinks industry instead. “By that time my father, a former naval officer, was in the wine trade so I decided to go into brewing as he said it was better paid.”

Having completed a Master’s degree in brewing and malting, he joined Courage Breweries at Tower Bridge.  “I worked for them for 22 years becoming managing director of trading operations in London and East Anglia,” he says. “Basically, I was running the pubs. The Lord Raglan, on the way to St Paul’s, was one of ours.

“Then I founded my own company with 60 odd pubs, mainly in the less desirable parts of London, such as the Old Kent Road. It was like being on a losing streak in Monopoly. We sold the company when I was 60 in 2003. I’d made enough so I didn’t have to work again, but unfortunately not enough to retire to Monte Carlo.”

Instead, Adam rented a flat in Shakespeare Tower before buying his one bedroom home in Andrewes four years ago.

Having sold his main home, a four-bed house in Chichester, flogged his wine collection for £25,000, and given away most of his stuff, he squeezed back into London– the place he’s happiest.

Although he had taken no interest in the Barbican Association when he was at Shakespeare, he became involved once he bought. But insists he only became chair last year because no one else wanted to do it. Jane Smith, who had carried the burden for the past 12 years, talked him into leading half of the 4000 residents who are signed up members of the BA.

“Jane did an amazing job. But she became overloaded, having done most of the work herself. Her style is very collegiate, I’m more   willing to shake things up.”

Now, far from whiling away his twilight years, this retired brewer talks lovingly about the Barbican community being special.  He doesn’t mean we have a knees-up every Friday night.  Rather that it’s an urban development which has created a sort of communal living – a brutalist village in the heart of the City of London.

One major reason for this is that everything on the estate looks inward towards the gardens, the lake, the fountains, the Arts Centre. The only problem is they all need preserving and that costs money.

“Looking back on my career,” says Adam, “I’ve always been a change manager, that’s what I’m good at. It’s easy when you’re the boss, but here I’m representing more than 4000 residents with 5000 opinions.

Yet despite all the various problems, major and minor, most denizens enjoy living on the estate. It’s full of surprises both good and bad. If you walk around the perimeter of fortress Barbican you could never guess what lies inside: lakes, gardens, fountains, walkways, wildlife, the ancient church where Oliver Cromwell married, the models posing for yet another advertising shoot… And we, who are lucky enough to live here, must preserve all that. It starts with us…

“The Barbican is a unique place and I want it to carry on being a great place. We, the people, are the custodians of the whole estate. We are the Barbican. And I will be very happy to work with our newly elected councillors towards achieving that vision.”