Live safaris, everyday in your living room, during lockdown.

Editor’s Note: I know the founders and I wanted to share a little piece of Africa with you until the borders open again for holidays

WildEarth brings viewers face to face with the thrill of Africa in real time with twice daily LIVE safari shows from South Africa and Kenya.

WildEarth’s mission is to connect people with nature and does this by offering viewers the opportunity to feel like they are actually out there with nature experiencing it right now.

Graham Wallington a co-founder and CEO at WildEarth had this to say: “WildEarth is all about sharing nature with everyone so we can all see why we must conserve our beautiful home.”

For over a decade WildEarth has been broadcasting twice daily LIVE and interactive virtual safaris from some of Africa’s most iconic wildlife destinations to a very dedicated community of people around the world on YouTube, Facebook, Periscope, Twitch, SABC, National Geographic and CGTN in China.

This year they launched as a 24/7 channel on Multichoice’s DSTV in South Africa, Freeview in the UK, Bolt Global and Eliza in Finland.

You can also watch it via the wildearth website on www.wildearth.tv/live-safaris 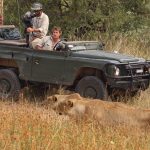 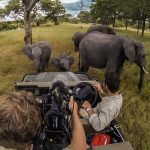 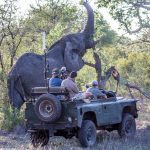 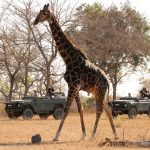 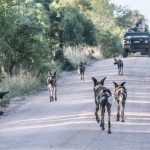 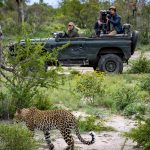 An ever-increasing number of people are losing their connection with nature and this has an overall negative impact on our general well-being. The current COVID-19 pandemic is making it even more difficult to get out into nature, or even out of our homes at all. And this at a time of increased stress and concern about our health and livelihoods.

Restoring this lost connection with nature, even virtually, is scientifically proven to have a strong healing effect and to reduce stress and anxiety levels. An immersive nature experience has a hugely beneficial effect on our well-being.

Emily Wallington, co-founder and Executive Producer explains the WildEarth editorial strategy: “Our LIVE broadcasts focus on making the viewer feel like they are actually on a safari vehicle bouncing around in Africa. The intention is not that the viewer is wowed and awed through gruesome or dramatic behaviour of wild animals but rather for them to have serendipitous moments of unscripted magic that touch the heart and let them suspend their disbelief and feel as if they are actually there.”

Mark Dodd, Commercial Director of Canis Television and Media, who helped launched the channel into the UK and onto Freeview explains: “ Now UK viewers, who have a smart TV can experience awe inspiring moments live, everyday, in HD, bringing a ray of sunshine to the UK publics life, at a time when we all really need it.”

For many WildEarth viewers these daily broadcasts were and are their only true connection with nature and they frequently share how this has helped them through difficult times in their lives and has supported their healing from physical and mental illnesses.

“[WildEarth] helped save my life, literally, and I just want to thank you so much for all your efforts. I contracted a rare muscle disease and became completely paralyzed in 2015. I could do nothing for myself and would have lost my mind without your live safari that gave me a window to the living, real world of South Africa.” – Deborah – USA

“… I’m currently living with a very slow-progressing terminal illness. My only window to the outside world is my tablet, but I’m often too ill to communicate with others, even via social media. Your show has helped me through many long, lonely, and often painful nights. Most importantly, [WildEarth] gives my mind a door to the outside world. I never tire of the realization that the things I’m seeing on my screen are happening right that very moment half a world away.” – Brooke – USA

The most important people to reach and connect with nature are the children of today, they have always been a priority audience for WildEarth. If we can get the youth to connect with nature then we hope that once they run the world they will be motivated to protect and save it. WildEarth Kids is a program that was started in 2016 and that offers free real-time interactive age-appropriate field trips for schools and classrooms around the world. The kids have their own email address to ask questions which is kidsquestions@wildearth.tv and the naturalists adjust their commentary to consider the age of the viewers and are able to deeply engage these children in a way that teachers report nothing else can. It’s this engagement with nature that builds a bond that WE hope will last a lifetime.

Djuma Private Game Reserve forms part of the privatised Sabi Sands Game Reserve. The reserve enjoys a wealth of diverse wildlife species, all of which are viewed in their natural and undisturbed surroundings. This area is renowned for being one of the most game-rich and diverse in Africa which translates to superlative game-viewing all year round. The reserve borders the famous Kruger National Park and is formally part of the Greater Kruger ecosystem.

Phinda Private Game Reserve is situated in the lush Zululand region of Northern KwaZulu Natal, South Africa. Showcasing one of the continent’s finest game viewing experiences, &Beyond Phinda is home to Africa’s Big Five (lion, leopard, elephant, buffalo and rhino), as well as 436 bird species. The reserve is particularly well known for close-up sightings of the elegant yet elusive cheetah, as well as the rare black rhino.

Situated in the Savannah Biome, Tswalu lies in a transition zone between the true Kalahari ecotype and arid savannah. The undulating dunes are punctuated by the Korannaberg hills which contribute to greater habitat diversity than elsewhere in the Kalahari. In the shelter of the mountains – which also provide a dramatic backdrop to wildlife sightings – you can encounter Tswalu’s 240 bird and 80 mammal species, including meerkats, Hartmann’s mountain zebra, wild dog, aardvark and pangolin.

WildEarth has partnered with EcoTraining to go LIVE from Pridelands where Kruger reaches out towards the Drakensberg escarpment. Pridelands is home to the Big 5, cheetah and wild dogs as it is part of the Greater Kruger Park. The landscape is made up of tall knobthorn woodlands, bushwillows and open areas punctuated with waterholes where herds of elephants drink and swim.

Animals are the stars of WildEarth

The human hosts have come to know the characters of the beasts of the bush and bear witness to their complex lives. Watching these everyday dramas LIVE draws audiences into close and lasting relationships with each of them. Following the lives of the big cat families, the hyena clans, the roaming elephant herds and many more is a real soap opera. From family quarrels and love affairs to wild hunts and cute cubs, these animals rarely have a dull moment. Our guides have fostered very personal relationships with the animal characters as they follow and share their daily routines.

Thandi, the most elusive of all the Djuma leopards is fondly known as ‘The Queen’. This beloved leopardess prowls through the thickets protecting her youngest son from the ever present dangers. Being a secretive leopard, it is a treat to spend time with her, or even just to spot her for a brief moment.

Tinagana shows off his strong genetics and character traits and has sired many young leopards. This fearsome leopard has proven that he is worth the territory that he holds; he boldly moved into Djuma in 2016 kicking the resident male out. But with younger males moving in, will Tingana be able to hold onto his stronghold?

This no longer so little, mischievous leopard, is the daughter of Djuma’s two most esteemed leopards, Thandi and Tingana. She is fast showing her royal blood and is deemed to be the princess of Djuma.

This pride of lion was first seen by Djuma in 2006 in the shade of a Brown Ivory tree, hence the name Nkuhuma. Amber eyes, Purple Eye, Ridge Nose and Youngest  keep the pride alive with their lethal hunting tactics and like any other mothers, the constant protection of their cubs.

The Birmingham Pride has had the unusual occurrence of having not one, but two white lions being born into this powerful bloodline. The little lady most certainly has the spirit of a young heart and true adventurer, she has frightened her family by leaving the pride on two occasions. Her older brother on the other hand is very happy in the pride, and is the fullest, the fattest and the last to finish at the table.

Alert, agile and astute the Rockstars are celebrities in their own right. They have recently introduced a new generation of coolkats to their burrows, but celebrations do not last long in the world of the wild as danger lurks around every bolthole.

Khumo is the very essence of a gentle giant. The mighty presence of this elephant is seen and felt  as he  leads a group of other males, and often shows off his incredible strength by pushing over trees.