An ever-popular ‘local’ for some Barbican residents, the Artillery Arms on Bunhill Row has had a relatively recent change of manager – Amelie has replaced Tony in this position – who has introduced some changes.

The pub  first opened its doors as the Blue Anchor Tavern in 1831 further down the road from the present location (which incidentally still houses the original bar). The current name dates from 1856.

The Blue Anchor was known for rat baiting events held in the cellar. In 1835, the Cruelty to Animals Act prohibited the baiting of any bulls, dogs, cocks and any other animal, but no mention was made of rats – a loophole exploited by many establishments. Between 1848 and 1849, Jimmy Shaw, Blue Anchor Tavern landlord, owned a famous English Toy Terrier called Tiny the Wonder who was able to kill 200 rats in an hour. Jimmy Shaw could store up to 2000 rats at the tavern. But don’t worry, those days are long gone. 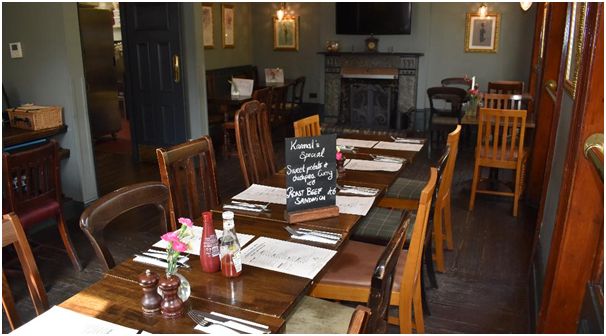 Today the pub is a popular local for its food (check out the new menu online or in person – for example,  Sunday roasts, burgers, pies, fish & chips) drinks (ales on tap), juxtaposition of old-world bar and big windows with natural light and leafy view across Bunhill Fields opposite. Sunday nights are quiz nights, board games are available to play and there’s free newspapers and wi-fi. Upstairs on the first floor is a tastefully decorated functions room looking out over the trees. Artillery Arms, 102 Bunhill Row, London EC1Y 8ND, Phone: 0207 253 4683.  Web: www.artillery-arms.co.uk