The City of London Choir is a non-professional choir with about 100 active members, it performs regularly in some of the city’s principal concert venues, including the Barbican Centre. In recent years the choir has made a number of recordings and performed music of the 16th to 21st centuries with the Hanover Band, the London Mozart Players, the Royal Philharmonic Orchestra and other ensembles. 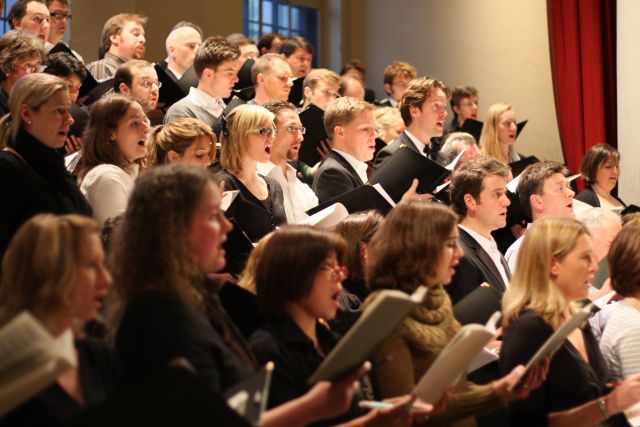 It started life as the Kingsway Choral Society, founded by Donald Cashmore. In 1963, it was renamed the City of London Choir and its inaugural concert under that name took place at the Church of the Holy Sepulchre in Holborn. The choir’s early patrons included Benjamin Britten, Sir George Dyson, Ursula Vaughan Williams and Kenneth Leighton. Donald Cashmore, the founding conductor, was succeeded by Hilary Davan Wetton in 1989, who continues to lead the choir to this day.
On December 21st the choir will be performing again at the Barbican Centre with a joyful celebration of Christmas in well-loved carols and music for all the family. Thus the City’s leading choir will be in in festive spirit with sparkling brass and percussion from the Royal Philharmonic Orchestra and with traditional audience participation carols. Tickets available from the Barbican Centre box office.