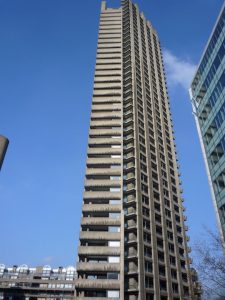 The Barbican Estate is a residential estate built during the 1960s and the 1970s in the City of London.

During World War II, the City suffered serious damage and loss of life. The Cripplegate area was virtually demolished and by 1951 the resident population of the City stood at 5,324 of whom 48 lived in Cripplegate. Discussions began in 1952 about the future of the site, and the decision to build new residential properties was taken by the Court of Common Council on 19 September 1957.

The estate was built between 1965 and 1976, on a 35-acre (140,000 m2) site that was bombed in World War II. The complex was designed by architects Chamberlin, Powell and Bon, whose first work was the earlier, ground-breaking Golden Lane Estate immediately North of Barbican. The estate of 40 acres (160,000 m2) was officially opened in 1969 and is now home to around 4,000 people living in 2,014 flats. The flats reflect the widespread use in Britain in the 1960s and 1970s of concrete as the visible face of the building.

The housing on the estate primarily consists of 6-story high housing blocks of flats, plus three high rise towers and several rows of mews houses. The residential areas are all connected by a “highwalk” system away from any roads which helps keep Barbican life peaceful and isolated from the rush of the city, but also frequently mystifies visitors who tend to get lost in the extensive pedestrian pathways! 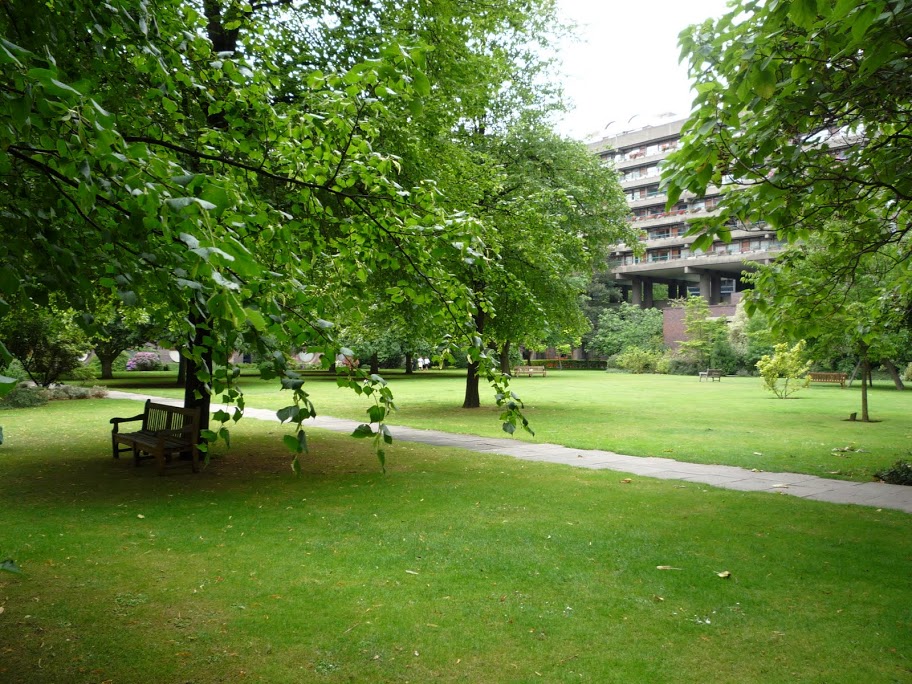 Despite the Barbican’s reputation as a jungle of concrete, several beautiful private gardens for residents grace the inner areas.

The Minister for the Arts, Tessa Blackstone, announced in September 2001 that the Barbican complex was to be Grade II listed. It has been designated a site of special architectural interest for its scale, its cohesion and the ambition of the project. The complex is architecturally important as it is one of London’s principal examples of concrete Brutalist architecture and considered a landmark.

The website Barbican Living has an extensive description of each block and tower on the estate.