As usual there seem to be plenty of differing views as to what property prices are doing around the country, in London itself, and even in differing parts of the nation’s capital.  It depends whose latest survey you read, but what has to be encouraging for property owners, although perhaps not so for property-seekers, is that nearly all these price surveys suggest that property prices are continuing to rise in prime areas – and the Barbican is very much a prime area.

The level of price growth though remains contentious with Nationwide saying prices in August rose the least in percentage terms for nearly two years.  Yet just a week earlier property analysts Hometrack reported that prices jumped by the highest quarterly level in 11 years across the UK’s largest cities with demand continuing to outstrip supply. This would seem to be borne out by another report from the National association of Estate Agents suggesting that across the country there are around eight prospective buyers for every hose that comes onto the market. 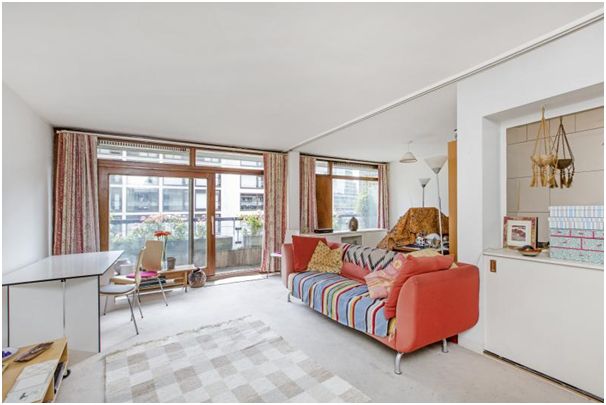 If one talks to the local Estate Agents who handle most Barbican sales they are all reporting strong business and bemoaning the fact that they lack stock to serve the ever-continuing demand for Barbican properties.  One suspects that once Crossrail starts up in just over three years time the demand will be even higher given the Barbican will be one of the best connected places to live transport wise in the whole of London.  We will have Crossrail stations at the eastern and western ends of the Barbican and we already have a north-south underground line running through Moorgate, east-west underground lines through Moorgate and Barbican stations and the commuter main line trains to the northern suburbs and peripheral towns again from Moorgate.  Crossrail will bring Heathrow within about 35 minutes and Canary Wharf within some 12 minutes, and with its location anyway within the City business district and in ‘lawyer central’ it already commands a good premium over most other areas of London.

But back to house prices in general – perhaps the best overall assessment comes from the records of sales recorded through the Land Registry Property Index report for July, which came out in late August, and which covers sales by area across the whole of the country – and in London by Borough = both for the July month and for year-on-year.  Unfortunately the only London council area for which data is not available is the City of London (because there are too few residential property sales in the City to derive decently accurate data) but we can probably get some idea of property price growth in our area by looking at the surrounding Boroughs.  Hackney saw year on year price growth of 11.4%, Islington 6.3% and Southwark 7.1%.  Overall London saw an annual growth rate of 8.3% 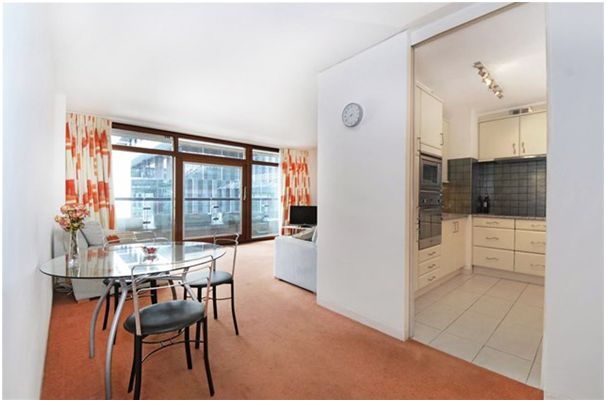 Large one bed apartment in Willoughby House on sale with Hamilton Brooks for £835,000

What the Land Registry Index does do is demonstrate how out of line London prices – and particularly City prices – are relative to the rest of the nation.  The average house price across the whole country is stated as being £183,861.  You’d be hard put to buy a third of a Barbican studio flat for that!

Some other relevant findings from the Land Registry Index report are as follows: ·         The July data for London shows a monthly increase of 2.5 per cent.

This last statistic suggests that the recent stamp duty changes are having an impact on the sales of £1 million plus properties – which affects most Barbican two-bed and upwards apartments.

Commenting on the Land Registry data Peter Rollings, CEO of Estate agents Marsh & Parsons, said:  “As the first port of call for international investors and prime property purchases, the housing market in London is more exposed to regulatory and stock market turbulence than the rest of the country. We’re still experiencing tremors from the new Stamp Duty banding, and as demand for million-pound homes has eased, the harsher taxes at the top-end may continue to rock the boat in London for the coming months.

“But this all needs to be kept in perspective. London is still achieving significantly above-average house price growth, and retains its position at the top table.

Construction at the ‘fourth Barbican Tower’ – the old YMCA building on the estate – is proceeding well, although that of the marketing suite is a little behind schedule.  This was due to open some time in September, but the date has now been put back to an unspecified date in October by Redrow London.  The marketing suite, which is located on White Lyon Court, opposite the Barbican Launderette and where the old BUPA facility used to be, is to incorporate a complete replica of a 2-bed Blake Tower apartment to give prospective buyers an idea of the kind of finish they can expect for their money.  Lead estate agents for the property, Frank Harris had been planning a 2nd Blake Tower launch party when the suite opens, but this has now had to be put back.

Matt Gibberd at The Modern House:

As agents handling sales in all parts of London, it has been fascinating for us to see how the popularity of the eastern side of the city has flourished at the expense of the west. Flats with an “E” in the postcode are invariably snapped up within days. We have just agreed the sale of an apartment near London Fields at 30% over the asking price, for example, to an investment banker. This can only be a good thing for the Barbican Estate, which stands proudly at the absolute epicentre of modern-day London, both culturally and commercially.

We’ve had a busy quarter with record prices being achieved on various styles of flat. We have the launch of a show flat for Blake Tower now put back to October and hope to see residents at the party for some honest feedback.  There continue to be new schemes being built in and around the City which is helping to push prices up and bring buyers from other parts of London to this area, including overseas clients who would normally have opted purely for the West End area.

We are expecting prices to continue to rise at a slower pace over the next quarter.

It’s almost like deja vu, the market last year was pretty similar to this year. Last year we broke up for summer holidays at the beginning of July and the market was fantastic, very little stock, prices rising, best bids, etc. Then we came back in September and buyers had disappeared, prices dropped by 12% and it took till Christmas 2014 to pick up and it’s increased ever since. Now summer is here the market is still good, fingers crossed September this year is not a repeat of last year, the signs are good so hopefully a repeat of last year won’t happen so we look forward to a healthy selling season in September and on to Christmas.

We have just had the holiday months of July and August, the market seems to have settled a little with a few more properties being available in all price ranges. Barbican apartments have been selling but there seems to be a little more coming to the market. We have a couple of two bedroom type 21’s available in Andrewes House, a unique one bedroom on The Postern for £695,000 and have just taken instructions on a very nice one bedroom type 20 in Speed House to be marketed at £899,500.

The rental Market has maintained good supply, and even better demand over the summer period in the Barbican and its surrounding areas. Enquiry levels are high as the Holiday period comes to a close, with the most popular flats being the Studio and One bedroom flats. All available flats are advertised on our website – www.scottcity.co.uk

Good demand for rental property and rental values have picked up, we have a severe lack of larger 2\3 beds to rent.