Are London property prices about to crash?

We have recently had our attention drawn to a slightly alarmist article (for property owners, but perhaps not for purchasers) suggesting there is a high chance of a property crash for London homes. Although we suspect that if it happens it will be more severe in some areas than others – and sought after property in a micro market like the Barbican might perhaps fare better than homes in some of the outer boroughs.  But while, as we noted in the last issue of Barbican Life, perhaps the froth has gone from some of the asking prices, there is little evidence of actual sale prices starting to fall in the Barbican to any significant extent  – indeed our local agents are virtually all reporting a strong end to 2014 and start to 2015 in respect to Barbican property sales.

There are factors though that could lead to a market downturn in some Barbican properties particularly for two-bed apartments and upwards, but could benefit others.  The new stamp duty measures for example are calculated by analysts to increase costs for those buying properties costing more than £932,000 – and the average current asking price for a Barbican two bed flat is, looking at the local estate agents’ listings, probably around £950,000 at the moment depending on the size of the property and whether it is located in one of the most favoured blocks. 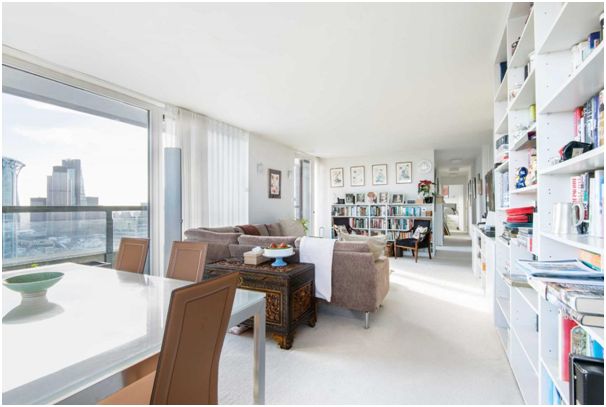 But this, of course, means that virtually all the tower block flats and a few others around the estate with three bedrooms or more are now seeing asking prices of £1 million plus – up to £1.8 million for those with the best views – and these will of course suffer from higher stamp duty rates.  At the other end of the market though, one bed flats and studios should see lower stamp duty rates than at present,  but whether that in itself will stimulate sales is perhaps doubtful.

Mortgage rates do remain very low though which does make the cost of a purchase much more reasonable assuming, that is, that the Bank of England’s base rate remains where it is, but potential purchasers are perhaps also worried that these low interest rates can’t go on and on for ever and are nervous about finding themselves stretched if they start to rise again in the near future.  There is an indication, though, that low interest rates may be kept in place for some time yet to come in order to keep stimulating the economy and if and when they do start to rise, any increase will be very small. 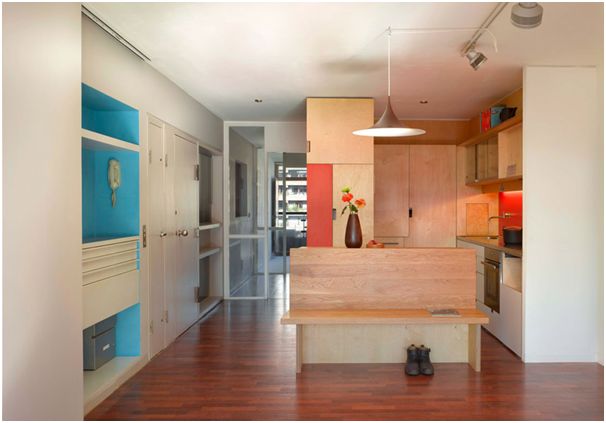 Thomas More House 1-2 bed flat with recently re-designed interior on market with The Modern House at £895,950

While not exactly a crash in property prices, the Motley Fool investment website quotes the Centre for Economics and Business Research as expecting London property prices to fall 3.3% this year – not exactly a level which will cause much weeping and gnashing of teeth among London property owners who have seen prices rise by nearly 50% over the past five years – and some properties in the Barbican have even exceeded this kind of enormous increase which many see as unsustainable – hence the title of this article.  Indeed London prices overall are now 10% above their 2007 peak, which had been seen by many as unsustainable at the time.  One suspects Barbican prices may have risen even more than this

But so far this year, those local estate agents specialising in Barbican properties have so far seen little or no sign of an imminent crash.  They foresee perhaps a slight slowdown ahead of the General Election in May but report strong sales patterns for the start of the current year with plenty of potential buyers still chasing relatively few properties. 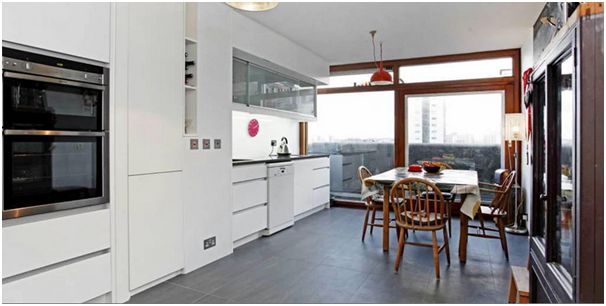 Unusual Ben Jonson House 2-bed triplex on market at £1,075,000 at Scott City and currently Under Offer

There is evidence, though that the market for ultra high-end properties may well be falling back.  Westminster, which has the highest average property prices in the country at £1.7 million has, according to the article quoted here, seen demand decline by 42% as measures have been implemented so that foreign owners have to pay capital gains tax on property sales, the aforementioned change in stamp duty regulations and an underlying worry that if Labour should form the next government high value home owners may have to pay a mansion tax.

Many of the bigger newspapers have published predictions that London house prices will indeed fall this year by anything between 0.6% and 5% (does 5% represent a ‘crash’) – but then again others have noted a rise in house prices in January – which ties in with some of our local estate agent’s comments below.

Perhaps the last word should go to the Motley Fool article again: Analysts have repeatedly called the London property crash, of course, and been repeatedly wrong.  But they only have to be right once! 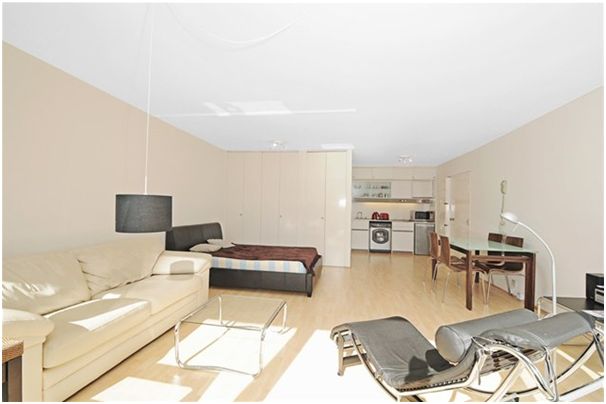 At the lower end of the Barbican market is this large Breton House studio on sale at Hamilton Brooks for £525,000

Nick Scott of Scott City: First quarter of 2014 saw a very aggressive market with many Barbican apartments selling for well in excess of the asking price. The market in the latter part of 2014 and the start of this year has been more settled with some home owners considering their options and possibly waiting on the outcome of the election. Overall the start of 2015 has been very positive with many good quality buyers registering their interest to buy in the City and especially the Barbican.  www.scottcity.com

Matt Gibberd of The Modern House: It’s customary for a General Election to cause uncertainty in the property market, and this year is no exception, with many potential sellers choosing to wait until it’s out of the way. They could be missing a trick, however; buyers are still out in force and in optimistic mood thanks to promising growth in the UK and US markets. A flood of new properties post-election may well weigh the market down, as it did when we saw a slew of new flats for sale last summer. www.themodernhouse.net

Glen Cook of Hamilton Brooks: Completely unexpected but had one of our best Decembers.  Not a huge amount of stock, but most went under offer. January\February pretty similar. Not enough stock, especially larger units, Towers\houses. My concern is that a number of sellers may wait until after the election to sell, which see more stock all of a sudden, my advice to sell before the election.  www.hamiltonbrooks.co.uk 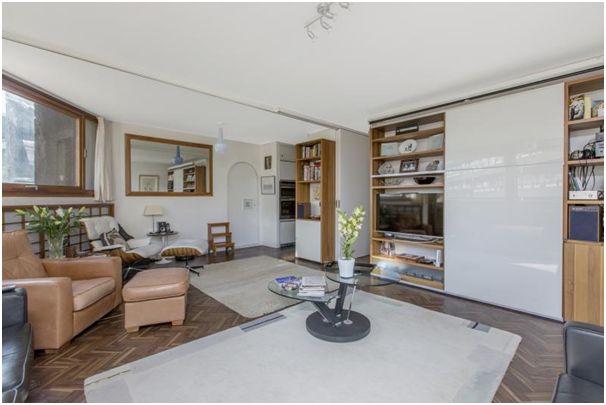 Tina Evans at Frank Harris: 2015 has seen a slow start on sales, we have noticed more applicants with properties to sell which aren’t on the market, and there are more viewings per property before we secure an acceptable offer.  There will always be people interested in purchasing a Barbican flat because of its listed status and the choice of styles of flats plus the amazing infrastructure.

We will be launching the “Fourth Barbican Tower” (formerly the YMCA building) in the second quarter of 2015, if you would like more details please contact me or any member of my team at the Long Lane office.

Joe Davison at Scott City:  We have seen a rise and fall in the Stock Levels of rental properties, including properties in the Barbican, ranging from Small and Large styled studios, One bedrooms and Two bedrooms flats. Our newest addition is a Two bedroom Duplex flat in Willoughby House.

We have found that rental prices have now stayed at aroundthe same level for a year or more, despite the fact there are good quality flats available. All of our properties are located on our newly developed website: www.scottcity.co.uk , making it better and easier to locate the perfect property for you.

Glen Cook: With increased competition from Roman House and The Heron, presentation is vitally important.  We have had a very quiet January, but much busier February which is normally how the market is after Christmas.   Moving forward to March & April we are already seeing increased demand, so all looks good moving toward summer.