The property sales market had entered something of a hiatus period in the January to March quarter ahead of the General Election , particularly at the higher end of the market with plus £2 million properties particularly affected in view of Labour’s proposed Mansion Tax.  Not that there are many apartments that yet fall into that price bracket here in the Barbican bar the six tower block penthouses (and the new Blake Tower ones) – and these don’t often become available.  However, it may not be long now before we do see well appointed and positioned 3 and 4 bed apartments high up in the towers hitting that price level now the Mansion Tax prospect is off the agenda.  Some had already come close, but with Frank Harris recently reporting the first plus £1 million one-bed flat sale (an 842 square foot Type 31 in Gilbert House we believe), Barbican property millionaires may soon start to become the norm!  Studios with asking prices of over £500,000 are already being seen.  Where will it all end? 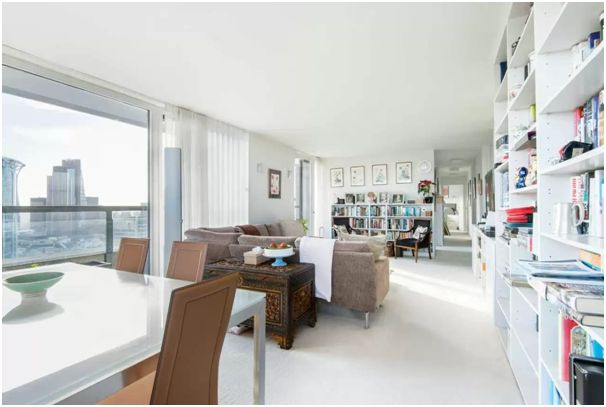 We have also seen the launch, at the end of last month as we went to press, of the marketing details for the 74 new apartments being developed in what was the Barbican YMCA by Redrow London (see prior article)which will come under Estate management when they are occupied.  The building will thus be the Barbican’s fourth tower block, albeit considerably less lofty than the other towers, and has been named Blake Tower, bringing yet another of the area’s historical names into play among Barbican block names.

Don’t be put off by a raft of statistics from some property commentators (not all) suggesting that Central London prices are perhaps weakening, or at best flat.  These have mostly been based on pre-election data and while they may have shown property prices rising year on year, the pre-election January to March figures may well have been depressed by uncertainty ahead of the poll.  All the Barbican area estate agents seem to have seen a significant post-election increase in interest from both buyers and sellers – and interestingly all are also seeing a pick-up in the lettings market which has been pretty flat for the best part of a couple of years.  This latter may well be an expression of post-election confidence returning for City-based businesses who are taking on staff again. 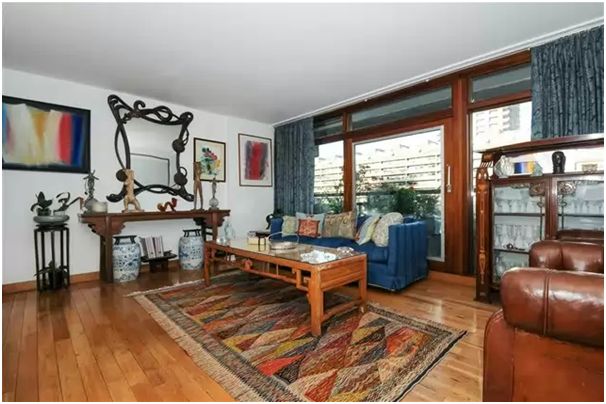 With the Crossrail tunnels now having passed under us without being noticed by any residents as far as we can judge, the impending substantial improvement to the Barbican’s already exceptionally good transport links, could well provide a further boost to property prices come 2018 when it is due to become operational.  It will make the Barbican even a good option for Canary Wharf office workers who might wish to be more centrally located as a Crossrail journey from Barbican/Farringdon or Moorgate/Liverpool Street to Canary Wharf will then only take 8 minutes or 6 minutes respectively with no changes.  A train to Heathrow from Barbican/Farringdon is projected to only take 32 minutes.

Tina Evans at Frank Harris: Well we have sold our first one bed in excess of £1 million and agreed the sale of a type 20 in excess of £980,000, this is obviously all good news if you are looking to sell in the near future.  We have seen the very exciting launch of Blake Tower (formerly the YMCA) and part of the Barbican estate at the end of May which saw 74 flats come to the market ranging from studios to three bedroom apartments.  There is continuing demand for high tower block apartments and the small style one bedrooms currently.  We are predicting a busy summer now we have a stable government in place for the foreseeable future. – www.frankharris.co.uk 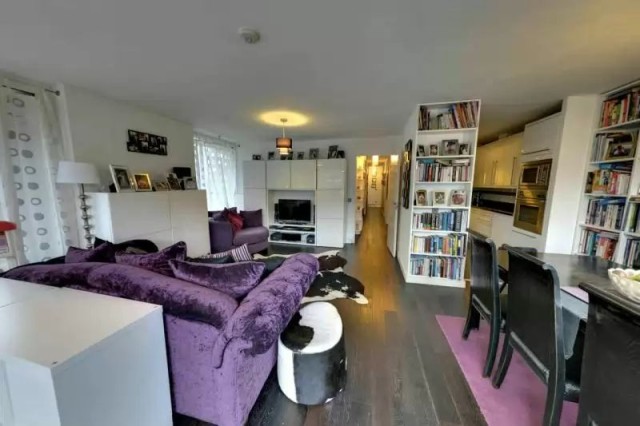 Podium level 3-bed Shakespeare Tower flat on the market with Frank Harris at £1,499,000

Matt Gibberd at The Modern House:  “Hooray: there is new life at the upper end of the market. We had a complaint from one of our wealthier buyers this week that we have been sending too many “New Property” emails. The Conservative election victory spelled the end for Labour’s mansion tax policy, and the immediate result is that we have taken on a huge number of apartments and houses priced at more than £2,000,000.” www.themodernhouse.net

Nick Scott at Scott City: “We’ve seen a slight increase in new instructions coming to the market since the election with three in the Barbican, a fantastic studio in the new development of Frobisher Crescent, a one bedroom in Thomas More House and a refurbished two bedroom in Andrewes House available at £935,000.After a quiet few weeks before the election demand has returned with prices remaining firm.”  www.scottcity.co.uk

Glen Cook of Hamilton Brooks: Amazing how the market can turn/change in a matter of weeks, the first quarter of this year was steady but slow, an equal number of buyers matching as many for sale, so a nice even market.   The 4 weeks before one of the strangest General Elections in decades the market all of a sudden bounced into life, more than was expected. Since the election it has gone up a gear!  We now have an under supply in pretty much all price ranges.  www.hamiltonbrooks.co.uk

Joe Davison at Scott City: With the election at an end, the enquiry and stock levels have both increased significantly. We have seen an increase in the number of Barbican flats that we have for rent, ranging from studio flats to 3 Bedroom tower flats. The Barbican continues to be one of the most popular developments in Central London, and we are still seeing new clients being attracted to it.

Glen Cook:  I am pleased to report a strong demand for rental properties having been through a non- growth period for over 2 years. Finally we are seeing some rental growth long may this continue. The Corporate sector has picked up, more enquiries from Relocation Agents is a sure sign individuals are finding it increasing difficulty to find good quality rental stock.

Robert Sayers at Frank Harris: The lettings market within the Barbican area has once again been extremely buoyant this month. As we head speedily into the Summer months, we anticipate that both the supply and demand for property to rent will once again be extremely high. We have let two of the most desirable, yet unusual styles of flat in the Barbican last month. The Type 58 property – the sister of the extremely common Type 20 style – which only occurs in Andrewes House, Thomas More House, Defoe House and Speed House – has been in huge demand of late, and two of them were snapped up in Defoe House upon the first viewings. Offering stunning garden views, and a South facing aspect, it’s not difficult to see why these went so quickly at this time of year. Similarly to the Sales market, we have huge demand for high tower flats, and are also extremely excited about the impending launch of the fourth Barbican tower, Blake Tower.