Some Dos (and Do Nots) to Protect Nature (and Yourself), by Julien Waite

What most of us think of as “a wasp” is one of two species. The classic “bee”, the honeybee, from which we obtain honey, is just one species. In actual fact, in the UK alone, there are 270+ species of bee including 27 species of bumblebee, and over 9,000 species of wasp. Plus, the males and females of the same species may look quite different. Bumblebees, dragonflies and many birds are good examples of this.
Roughly speaking, biodiversity is the variety among living organisms from all sources (e.g. land, marine and freshwater), plus the diversity within species, between species and of ecosystems. An ecosystem consists of the living (biotic) plants and animals, and the non-living (abiotic) components such as soil, water, air, light, temperature and the climate. 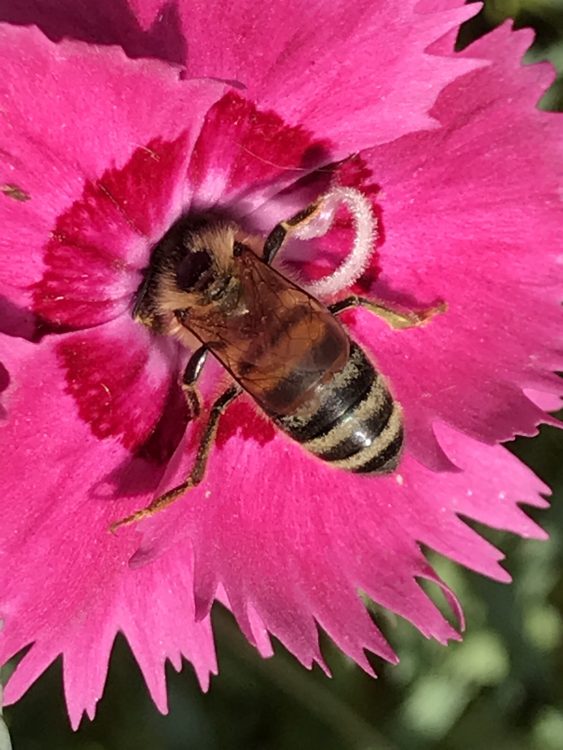 Why is Biodiversity Important?

Every species on the planet has a value and a right to exist, whether or not it is useful for humans. That said, the importance of biodiversity from a human standpoint is…

In the National Curriculum for Science, although biodiversity isn’t mentioned in name until Year 10 (when 14-15 year-olds start their GCSEs), the groundwork for this topic originates in Reception (4-5 years) via minibeasts, plants and animals, then continues in Year 1 (5-6 years) via identifying and naming common species and Year 2 (6-7 years) when habitats and food chains are covered.

So, in addition to the mental and physical health benefits of connecting with wildlife, by engaging your child in nature at an early age you’re giving them a great head start in their schooling. 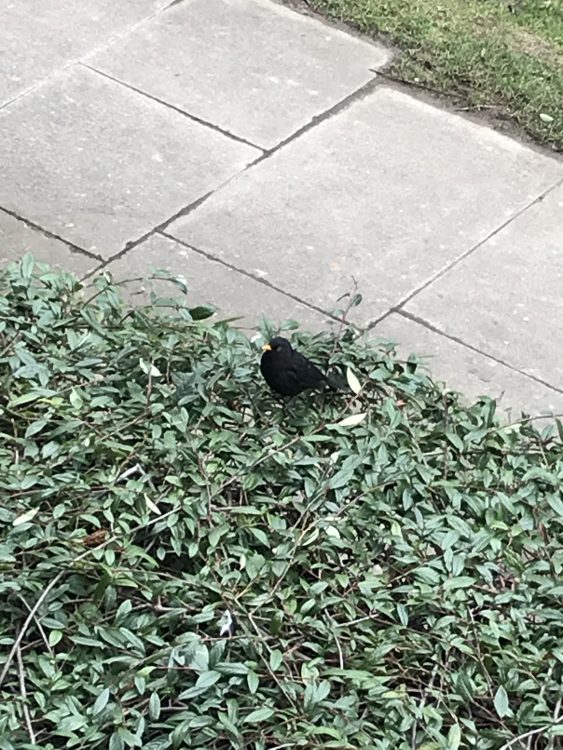 male blackbird on its bushy home

What can we do on a local level to look after the biodiversity on the Barbican Estate?
I’m not going to talk about the evils of pesticides, weedkiller or fertilisers here, but how all of us (adults and children) can help protect and maintain the range of habitats (e.g. grassland, woodland, buildings, lakes) and microhabitats (e.g. bushes, trees, ponds, under logs, window-boxes) throughout the Barbican Estate simply by how we interact with them. 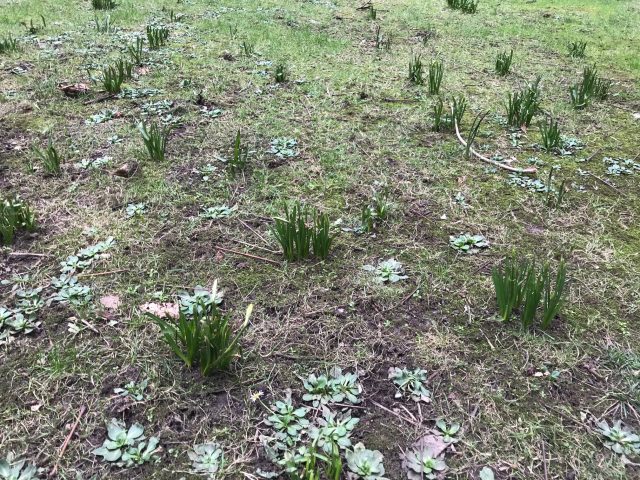 When teaching schools at London Wildlife Trust nature reserves, before going outside we always have a quick chat about how to stay safe and respect the wildlife. I’ve incorporated those rules below, along with some other suggestions.

No Pick No Lick

Not Gotta Catch ‘Em All!

If we can all abide by the above guidelines to the best of our ability it will help protect, maintain and even improve the biodiversity of our neighbourhood. 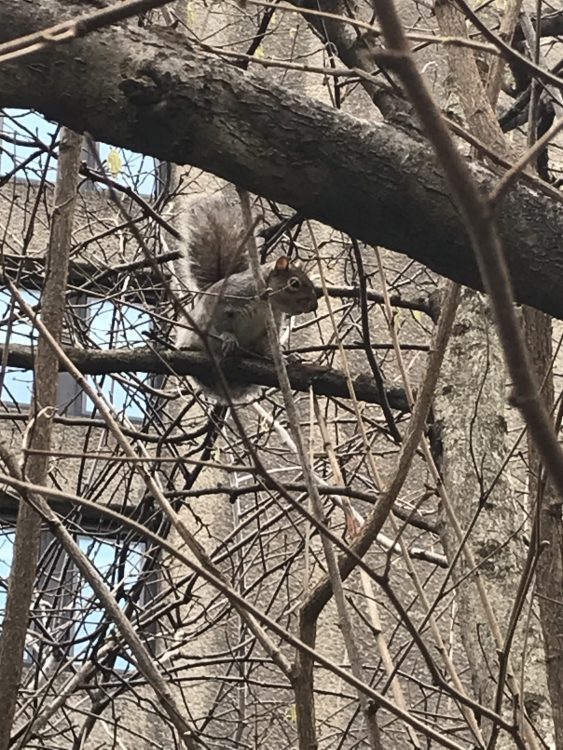 The Barbican Wildlife Garden is a real haven for the City’s biodiversity. It has a number of habitats, including ponds, complete with frogs; and a meadow, which in summer, has some spectacular wildflowers, attracting all sorts of bees and butterflies. There are a number of rarities too, including the Lesser Stag Beetle, which can be found among the piles of dead wood brought in from Epping Forest, and surprisingly, visitors can often see birds of prey, such as Sparrowhawks, Kestrels and Peregrine Falcons swooping over the garden! The bird hide provides an excellent spot to watch the many species of birds found in the Barbican’s gardens, including House Sparrows, which have severely declined in the City. 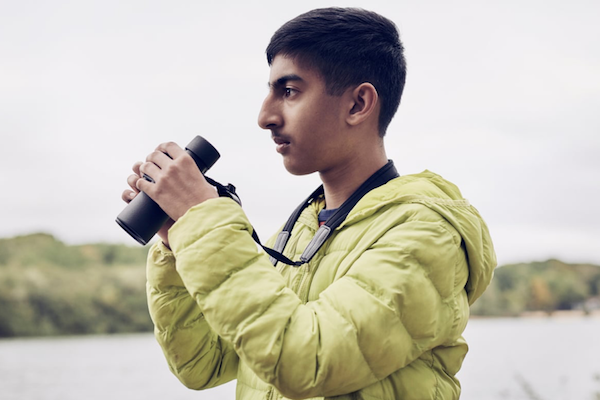 All of this amazing wildlife is on your doorstep, and now is a great opportunity to start recording it. Recording species contributes towards vital conservation work, and helps us to understand the distribution of different species in a certain area. There are a few easy ways to record wildlife: you can download the British Trust for Ornithology’s BirdTrack app, and submit your sightings of birds when you are out in the Barbican’s gardens. You could also submit sightings of wildlife on Greenspace Information for Greater London’s website, and if you need help identifying a certain plant or animal, download the iNaturalist app and submit a photo of the species you would like to identify. There is so much wildlife to enjoy around the Barbican, so start recording your sightings! Kabir Kaul 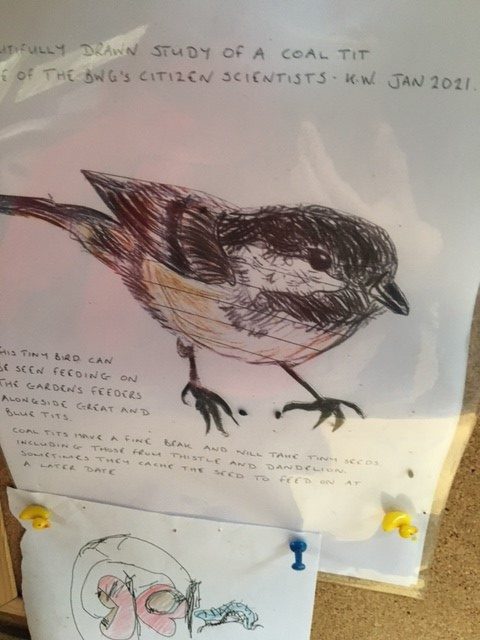 The Snail in the Toilet

One day I went to bathroom and saw a cute snail in the toilet.
I was very surprised!
How did the snail get in the toilet?
I wished the snail could talk and tell but he just looked at me with his big eyes.
I called my mum.
She said, “I’ve put the snail in the toilet because it was eating the plants!”.
“Mum, we need to rescue the snail”, I said.
Mum said, “Let’s take it to the wildlife garden” It was slimy.
I was not so scared and I picked the snail up and put it in a glass.
The snail started to climb the sides of the glass.
“No, stay inside!”, I said to the snail.
But the snail did not listen to me and almost escaped.
“Quick!”, I said, “We need to take it to the wildlife garden”.
Mum and I put jackets on and off we went.
Out in the garden it was very, very, very, very, very DARK!
I could not see where I was walking and I fell down and dropped the glass with the snail.
“Oh no!”, said mum.
I felt very sad – my snail was gone!
Suddenly I felt something wet and slimy crawling on my hand. It was the snail!
I was very happy.
I carried the snail very carefully and slowly until I arrived the pond.
The pond was still and quiet.
The frogs were sleeping.
I thought we should put the snail away from the pond so that the frogs do not eat the snail.
“Let’s hide it in the nettles”, I said.
“That is a good idea”, said mum.
And so we did.
“Bye, bye little snail”, I said, “and live happily ever after”. 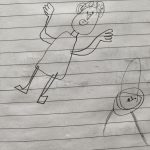 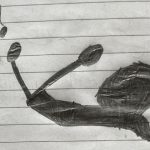 How did the snail get in the toilet? 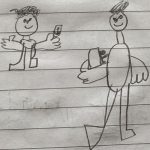 “Mum, we need to rescue the snail”, I said 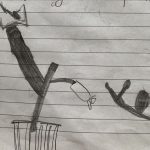 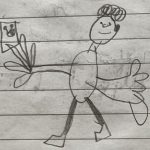 The snail started to climb the sides of the glass 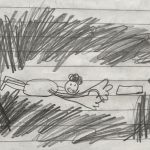 I fell down and dropped the glass with the snail 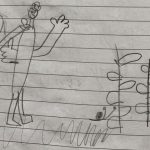 “Bye, bye little snail”, I said, “and live happily ever after” 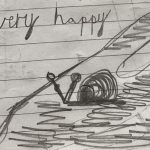 I was very happy