Bourne & Hollingsworth Group is directing its creative focus from the cocktail to the kitchen with the appointment of new Executive Chef, Adam Gray. 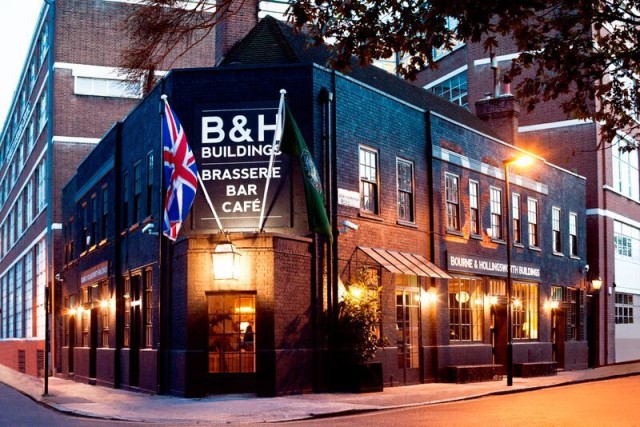 On Tuesday and Wednesday this week, the bar/restaurant previewed the appointment and the restaurant’s new offerings to the press and guests with a selection of the flagship cocktails and an excellent three-course sit doiwn meal with each course paired with a specific cocktail or wine in the restaurant’s ‘Greenhouse’. 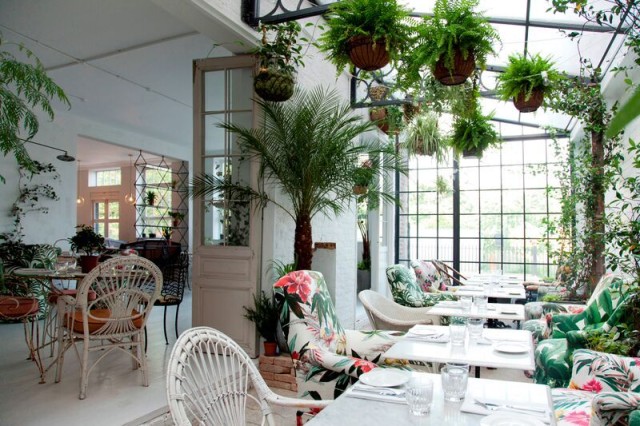 The bright and airy ‘Greenhouse’ section of the Bourne & Hollingsworth restaurant

A respected figure in London’s restaurant scene, Adam Gray has headed up Michelin starred establishments, owned his own pub, and taught extensively about food. Gray began his career under Bruno Loubet at the Four Seasons Hotel on Park Lane then at Le Manoir aux Quat’ Saisons in Oxfordshire. From 2001, he worked as Head Chef at City Rhodes before opening Rhodes Twenty Four at Tower 42, during which time the restaurant received a Michelin star and three AA rosettes. In 2010 Gray opened his own award winning Red Lion pub and Shires Cookery School in his home village of East Haddon, Northamptonshire.  Before joining Bourne & Hollingsworth, Gray was Executive Head Chef of Skylon Restaurant in the Royal Festival Hall on the South Bank. 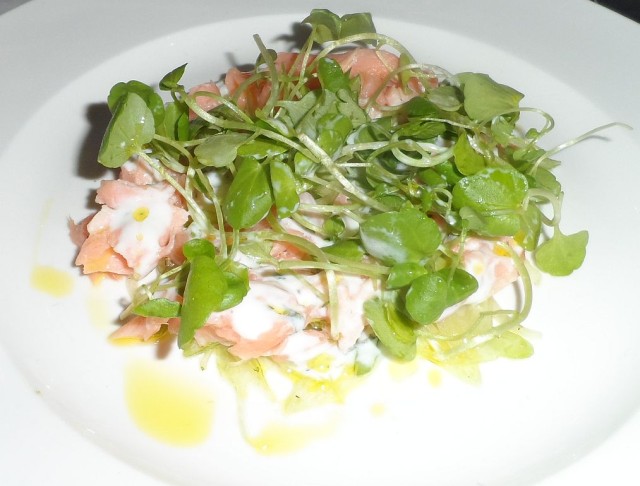 Poached salmon, fennel and lime salad with yogurt dressing as served at the Press preview 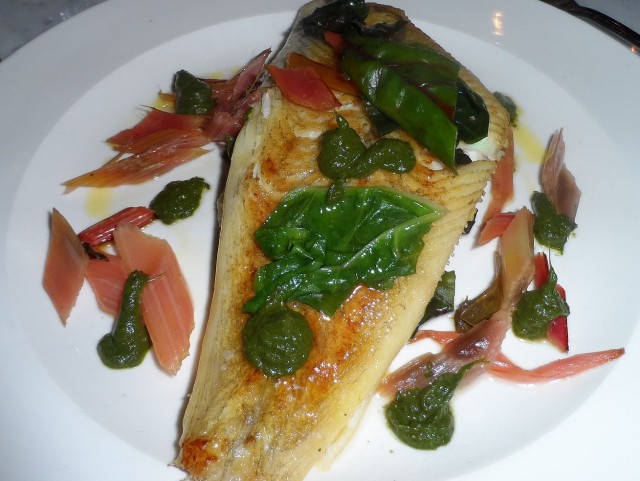 Completely overhauling the lunch and dinner menus, Gray will add his own take on B & H Buildings’ signature modern British brasserie style. His menu which will change frequently, reflects the Buildings’ own warm, yet modern feel. Focusing on quality seasonal produce and simple, yet perfectly composed, recipes, Gray’s dishes let the ingredients do the talking. The new dishes have been designed to match the restaurant’s flexible dining – perfect for casual bites with friends or to celebrate a special occasion.

Examples from the new menu include:

Adam Gray’s appointment signals a new culinary focus for Bourne & Hollingsworth Group, which is famous for its boutique cocktail bars and large scale creative events. As food becomes more central to Bourne & Hollingsworth’s offering, Gray and his team will be working on an exciting new cookery school project and a series of new openings. Gray says: “I am very excited to have joined the Bourne & Hollingsworth group as Executive Chef. I will be focusing on simple British, seasonal food using the exceptional produce the British Isles have to offer. The menus will match the outstanding quality of drinks and cocktails that Bourne & Hollingsworth is renowned for.” www.bandhgroup.com/buildings E: info@bandhbuildings.com T: 0203 174 1156
Bourne & Hollingsworth Buildings, 42 Northampton Road, EC1R 0HU