Gin Joint, the Searcys-run restaurant in the Barbican Centre has had a fairly short lifespan and is to close for refurbishment on January 25th – and will re-open on February 1st (a remarkably quick refurb) as Osteria  – Italian focused restaurant and bar. 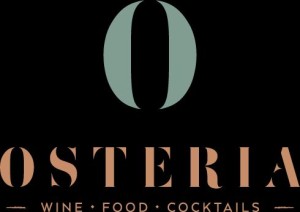 As is traditional in new restaurant openings of this nature, the official opening will actually be the 11 February. During the initial ‘soft opening’ period a pre-theatre menu will be in operation for Barbican audiences between 5-7pm Monday to Sunday. The full menu will be available to the public from the 11 February.

Osteria is a new restaurant created by Searcys in collaboration with Anthony Demetre (acclaimed Chef Patron of Arbutus in Soho and Wild Honey in Mayfair) and will specialise in bold, ingredient-focused Italian cooking in the ‘bistronomy’ style that Demetre has helped to pioneer. Led by Head Chef Patrick Leano, formerly of the Michelin starred Arbutus in Soho, menus will change regularly, with a focus on Italian produce and seasonality. In the bar, cocktails will focus on Italian classics such as Negronis and Bellinis. The wine list will include famous Barolos or Supertuscans plus an intriguing line-up of indigenous varieties and new generation winemakers from Puglia, Sicily and Sardinia.

Both the restaurant and bar will have a new look and part of the space will be given over to exhibiting work of exciting artists, linking the restaurant to the cultural heritage of the Barbican Centre. The first artist to showcase their work in Osteria will be German-born Cornelia Baltes who studied at The Slade and will also be exhibiting at the Limoncello gallery in London from 14th January to mid-February.