The artistic community abounds in the Barbican, among which are a number of residents who are writers of novels, nonfiction publications or for the media.  Joanna Lyall from Bunyan Court introduces us to three of several resident book writers all of whom have fascinating histories and are still writing and publishing their works today.

Peter Fraenkel, who celebrates his 93rd birthday this month (December 7th) vividly remembers the aftermath of Kristallnacht in his home town of Breslau, Germany, (now Wroclaw, Poland) in November 1938.  He saw the synagogue burning and a protester being stabbed to death. 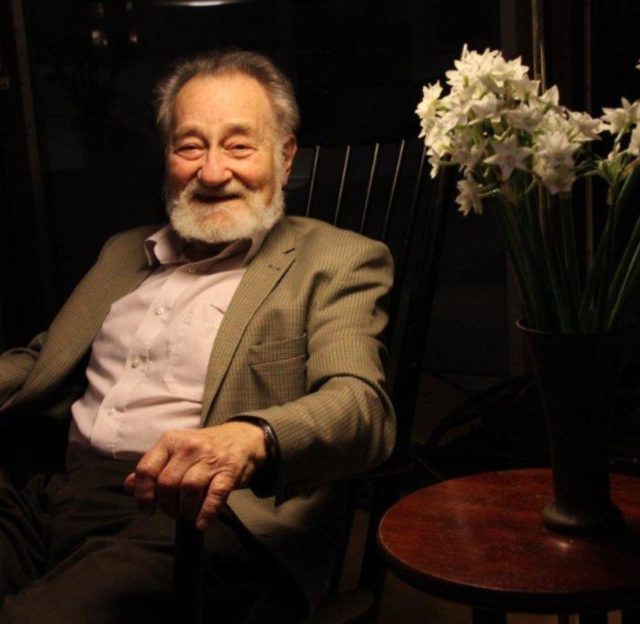 Six months later Peter, aged 12, escaped from Germany with his parents to Northern Rhodesia.  His father, a civil servant who had won the Iron Cross for his service during the first world war, had previously been reluctant to leave but realised the danger to Jews in Nazi Germany.  He arrived in Lusaka with £70 and started a dry cleaning business, struggling to make a living, and unable to take a holiday for 15 years.

“But we were lucky and survived, moreover we survived without too much damage to our souls”, says Peter, who recounts the first part of his life, in his autobiography, No Fixed Abode: A Jewish Odyssey to Africa (published in 2005). 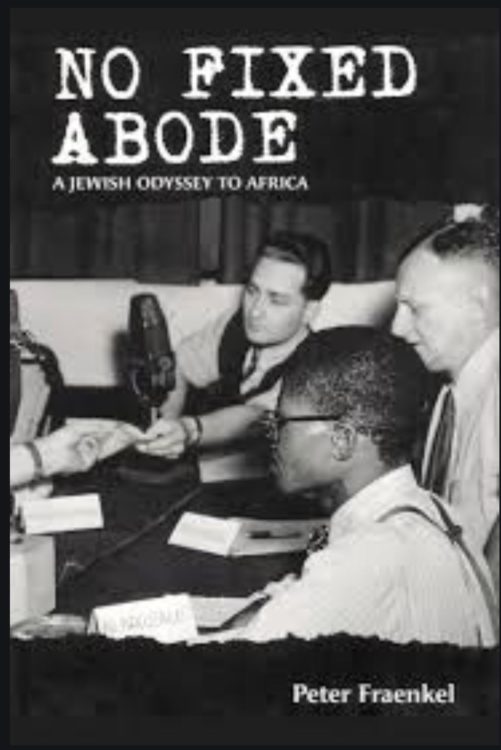 “Among our wide circle of Jewish friends and relatives only one survived the war in Germany.”

After four years at a tough boarding school in Bulawayo, he went to Witwatersrand University in Johannesburg, where he “wrote bad poetry and debated” and helped edit a literary quarterly, Criteria which published an early short story by Nadine Gordimer.  For the second issue he selected a piece by the still unknown Southern Rhodesian writer, Doris Lessing, but there was no second issue.  “We had run out of money”, Peter explains.

After a false start in engineering Peter studied English and History but by his own admission did not cover himself in glory in his finals: “Coming from poor refugee parents and studying on borrowed money, I should have taken my studies more seriously” he says.

After a time as an accounts clerk in the Northern Rhodesia Government he joined the Lusaka broadcasting station as a programme assistant, organising broadcasts on topics ranging from modern farming and new teaching methods to world history and forms of gout.  This period, described in Peter’s book Wayaleshi (published in 1959) included the creation of a radio soap opera and remains a very happy memory for him being “the most exhilarating period of my career which has always been exciting and stimulating”.

“Driving round the country our listeners came out to greet us, and cheer us on.”

But moving to the UK when he was 32, fearing possible civil war in Northern Rhodesia, he found potential employers did not appreciate his broadcasting experience.  After job hunting for almost a year, he joined Reuters and then tried the BBC where he was turned down several times, despite encouraging interviews.  He was eventually taken on as a scriptwriter in Central Talks and Features.  He would later become Head of Eastern European Services and then Controller of European Services before retiring at the age of 60.

Peter and his late wife, Merran McCulloch, moved from Islington to Cromwell Tower in 2000, and he finds life in the Barbican extremely practical.  He is writing short stories and has self published a novel, Susanne and the Nazis: A tale of intrigue and heroism.  He cannot imagine a life without writing.

Up on the top floor, but still in Cromwell Tower, Julian Hale, who is 79, can also reflect on a lengthy writing career, covering a broad range of subjects.   His wife, psychologist Helen Likierman, also writes and has co-authored two books with Valerie Muter: Dyslexia and Prepare Your Child for School. 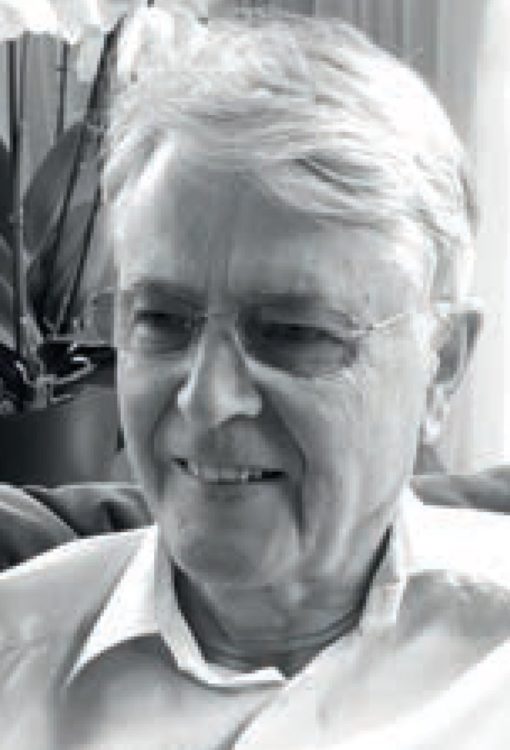 Julian and Helen divide their time between the Barbican and a flat in Menton, in the South of France and in 2009 his French Riviera: A Cultural History was published.  The result of five years’ “hugely enjoyable” research, Julian explains that he finds “no greater pleasure than writing” and this book looks at the history, politics and economics of the area as well as its gardens and painters.  The region boasts its longstanding magnetism for writers, including Anthony Burgess, F Scott Fitzgerald, Graham Greene, Katherine Mansfield and Edith Wharton.  But Julian admits to frustration about not being able to pin down the description, attributed to Somerset Maughan, of the Riviera as “a sunny place for shady people”.   “It’s not documented anywhere that he said it and I couldn’t establish whom he said it to, and about which bit of the coast.”*

Julian, who speaks six languages, read French and Russian at Christ Church Oxford, then worked in publishing and for the United Nations Economic Commission for Europe in Geneva.  A later period in Romania led to his first book, Ceausescu’s Romania. Published in 1971, six years after the dictator came to power, the book characterised life in the country as one of fatigue, intellectual frustration and “the nagging fear of provoking enigmatic authority”.

“In a police state it is impossible to have a great deal of reliable personal information about the chief policeman”, he wrote.  “The most certain thing about Nicolae Ceausecu is that he is firmly in power.”

Later he joined the BBC’s Romanian service at Bush House, and was appointed Italian programme organiser, going on to become a producer at Radio 3 and Radio 4, working on programmes including Nightwaves and Bookshelf.  During the late 1970s under the pen name of Anthony Stuart he wrote novels including: Midwinter Madness,Vicious Circle, Black Summer, and Force Play.

Julian’s latest book Finding Nemon, published in 2018, is a biography of the sculptor Oscar Nemon, co-authored with the sculptor’s daughter Aurelia Young, wife of Lord Young who was at Christ Church Oxford with Julian. 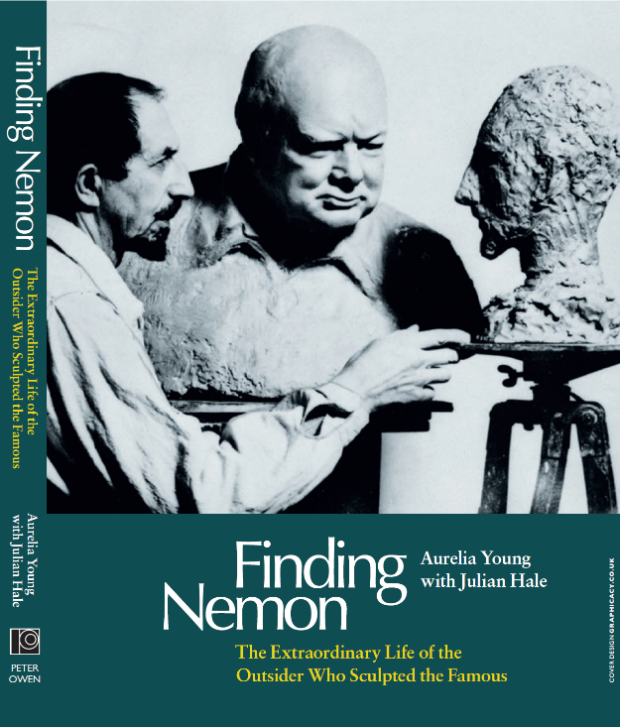 Born into a Jewish family in Croatia, Nemon moved to Vienna where he sculpted Sigmund Freud, before moving to England in 1936 as a refugee from Nazism.  His grandmother, brother and mother died in the Holocaust.  Based in Oxford, he worked with a huge number of public figures over the next five decades.  His sitters included Harold Macmillan, Lady Thatcher, Field Marshall Montgomery, Queen Elizabeth the Queen Mother, Queen Elizabeth II,  and several members of the Churchill family.  He was commissioned to produce many busts and statues of Winston Churchill including one, in 1955, a statue for the Guildhall, by the City of London, which was unveiled by the sitter himself who found it “a very good likeness”.

The genesis of the book was Aurelia’s desire to find out more about her father.  “He was a man whose works are seen by millions of people every day but of whom few have heard”, she wrote in the introduction.

Fascination with biography and autobiography is a long-standing feature of Angela Thirlwell’s career.  When she was reading English at St Anne’s College, Oxford, she wrote an  extended essay on autobiography and then 1994 edited the Folio Anthology of Autobiography. Covering the work of 275 authors from Peter Abelard, the 12th century philosopher to Freud, Jung and the Beirut hostage, Brian Keenan, the excerpts are grouped under themes such as: childhood, life crises, friends and pleasures and “the final reckoning”. 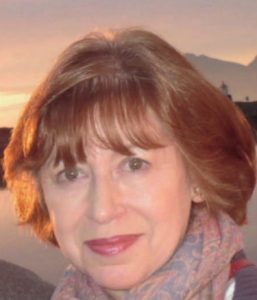 Angela, who taught autobiography in literature “this much-loved but underrated literary form” to extra-mural students at London University for many years, writes in her introduction to the book: “Autobiography may be one of the most curative  consolations for the human predicament.

“Links can be forged with people we could never physically meet, compassion can blossom and death itself be overcome.”

Her first biography, the product of five years’ research, William and Lucy; The Other Rossettis, published in 2003, examined the marriage of William Rossetti, younger brother of Dante Gabriel Rossetti and Lucy Madox Brown.  “This was a Victorian marriage which bucked a lot of the trends with its agnosticism and radicalism”, Angela explains.  “They were an unusual couple, sexually frank, avowedly agnostic, politically radical and avowedly feminist.”

Rather than describing each life chronologically, the extensively illustrated biography work takes what Angela calls a “spots of experience” approach, highly praised by Kathryn Hughes’ review in The Guardian.  “By sidestepping the requirement to plod day by day through her subjects’ lives she manages to avoid that quotidian detail that can make reading biography such as slog”, she said.

The Burlington Magazine praised the “amount of hitherto unpublished images the author has tracked down”.

Into the Frame; The Four Loves of Ford Madox Brown, published in 2010, examines the life of the Victorian painter through the lens of the four women he loved.  “These were four very different women and I felt passionate about putting them in the frame of any consideration of the painter”, she says.  A review in The Daily Telegraph found it “an upclose, colourfully detailed study of the interweaving lives and passions of a small group of sophisticated Victorians”.

After years in archives, doing research all over the world, Angela looked for a project which would give her more creative liberty and hit upon the idea of a fictional biography of a character from Shakespeare.  “I did first think of doing Ophelia but then thought do I really want to spend two or three years of my life with this suicidal teenage girl?”

In fact she wrote Rosalind in 14 months to coincide with the 400th anniversary of Shakespeare’s death in April 2016.  Her most innovative biography to date it explores the historical context of Shakespeare’s heroine, possible ancestors, representations on the stage, interpretations of her love life and imagined descendants.  Publishers’ Weekly described it as an “animated hybrid of scholarship and creative nonfiction”. 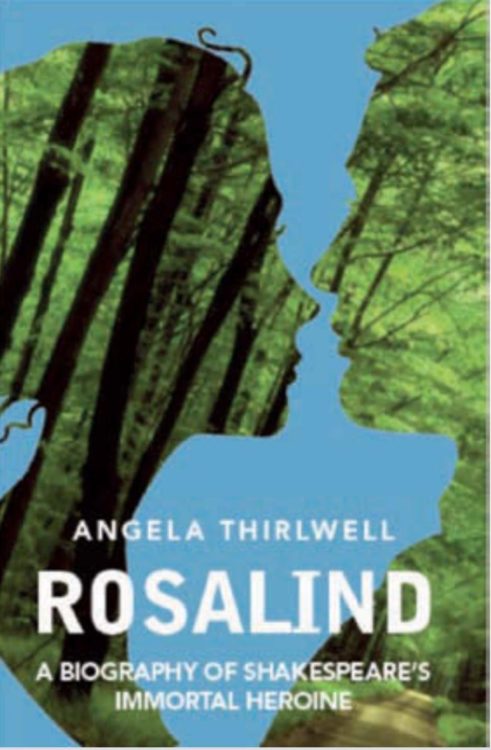 Angela, who is 73, moved to the Barbican from Bushey, Hertfordshire, six years ago and from her desk in Defoe House, overlooking the garden, is now researching a Catholic anti-Fascist family based in Turin between the wars.

So when you are scooting past Cromwell Tower or Defoe House, send some mental energy out to our brilliant Barbican biographers and authors.

* [Editor’s note (after surfing and) to ease suffering – The quote that the Riviera is “a sunny place for shady people” is from Somerset Maughan’s series of essays  Strictly Personal, p. 156 (Doubleday, Doran and co., inc., 1941)]