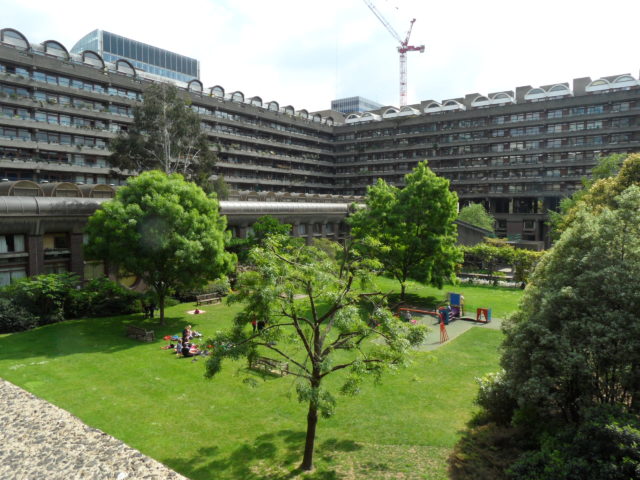 It’s amazing how the same piece of research can generate what appear to be totally different stories in the media.  It makes one wonder if all the accusations of ‘fake news’ which have been appearing sine President Trump came to power in the USA are actually due to differing interpretations of the same basic facts.

The specific research I’m referring to here was put out by major estate agency Savills which generated seemingly totally contrasting headlines: “London prime property prices set to stagnate” trumpets the Financial Times while the rather less conservatively oriented Daily Mirror comes up with the headline “London house prices “poised to bounce back” and bounce back fast” – both relating to exactly the same piece of research.  At first glance these look to be two totally different spins on the likely post-Brexit London housing market, but on closer reading the two national newspapers are looking at differing timescales put forward in  exactly the same analysis.

What the Savills anaylsis actually said in essence was that there would likely be zero or limited growth in London house prices over the next two years, but beyond that a relatively high price growth rate was likely to return by 2021.  Furthermore, if past performance is anything to go by the rate of the price increases, once they start to appear, could take people by surprise.

Of course there are other factors at play here and individual areas within the capital will achieve wildly differing performances in terms of likely house price growth – or otherwise.  Here in the Barbican we are probably lucky in that the Estate remains in demand as a prime residential location.  Its 16 hectares (almost 40 acres for those of us still mired in Imperial units) of apartments, gardens, lakes etc. surrounding the country’s principal cultural centre and other great amenities, remains in demand through boom and recession alike.  However it may not appeal to foreign billionaires and oligarchs who are perhaps looking for altogether flashier modern residences – and maybe so much the better for that.

As local estate agent Glen Cook points out below, the media loves a good headline and although Barbican prices have come back a little, and may fall further in the short term, they have not fallen nearly as much as some of the press articles we read might suggest.  Thus the Savills research noted above that prices will remain depressed (but not necessarily fall further) until Brexit is out of the way by around 2020, and may then resume a relatively strong upwards path, may not be far short of what actually happens.

While weaker sales prices and market uncertainty over what lies ahead may make property sales slower and more difficult for the time being this has probably given something of a boost to the lettings sector.  With some big new office developments relatively close at hand, the Barbican is a prime location for residents who want a base in the City.  But, they may not want to buy until they see how prices develop over the next couple of years.  Thus nearly all the lettings specialists for Barbican properties are reporting particularly strong business at the moment.

As we go to press the whole Brexit situation seems to be coming to a head.  Prime Minister Theresa May seems to have presented a workable deal to the EU, but like any compromise it has provoked strong opposition from both Brexiters and Remainers in the U.K.  Whether Mrs May can steer the proposals through Parliament looks unlikely in terms of the numbers and her tenure as Conservative Party leader and Prime Minister looks as though it may well be in doubt.  If she does manage to push the ‘deal’ through Parliament, and hang on to her job, she will go down as one of the great political survivors.  And at long last the uncertainty factor will fall away with the U.K. set to leave the EU early next year but perhaps stay in the Customs Union for an indeterminate time.

What staying in the Customs Union actually means going forward in the ability to trade with other nations without EU approval may make or break the ‘deal’.  One suspects something of a ‘political fudge’ will materialise with both sides claiming their own interpretations will prevail and move forward accordingly!

One suspects that if a deal is indeed inked and clears the U.K. Parliament – and that’s a very big IF – much of the uncertainty element over Brexit in the London housing market will fall away and the house price market will normalise – whatever normal is.  It will be interesting to see how things will pan out, but by the next issue of Barbican Life, due out in March 2019, we will have a much clearer view of the impact of a signed deal – or a ’no deal’ situation.

Nick Scott at Scott City: The Central London property market has been dominated by Brexit over the past 2½ years and although the next couple of years are likely to be similar, albeit dealing with a different phase of the process. Once we have confirmation of a deal and a reasonable transition period, people will start to feel more confident and this will encourage buyers back into the market. The Barbican has fared slightly better than many parts of the City, we are still seeing some demand which may improve further as we move closer to leaving the European Union. Please visit our web site:  www.scottcity.co.uk

Alex Childs at A.W. Childs: Despite the uncertainty in today’s market, at AW Childs we are still achieving exceptional sales prices. We are finding serious buyers who know what they want and are ready to buy, with good guidance move for the right property especially within the unique Barbican and City area. www.awchilds.co.uk

Glen Cook at Hamiton Brooks: It’s becoming increasingly difficult to interpret what is actually happening to the City of London Residential property market.  According to the press (who love a good headline) the market has dropped between -7 % to – 23% from the most recent peak in April 2016. To be clear a drop of -23% has not taken place, but prices have slowly crept down and in our opinion may continue to do so, but slowly until some sort of Brexit Exit is announced. Could we see a Brexit bounce? Could we see a Crossrail bounce?  Possibly but no one knows, in my opinion neither of these milestones should affect any decision to sell and won’t affect buyers decision to buy.  Recent press articles give long commentary on low transaction levels, which can be attributed to: 1. Prices are increasing rapidly so sellers are waiting for the peak (no this is not happening);  2. They are dropping rapidly so buyers are not buying (no this is not happening);  3. Sellers are not selling because they don’t want to.  Barbican sellers sell when they are ready, not when markets dictate they should, so the current low transaction levels are purely due to low levels of sellers.  As a consequence of this, now is a good time to sell, when no one else is. Assuming of course you are ready!

Joe Davison at Scott City: The rental market in the Barbican is very good at this time and we have a number of clients on our waiting list, specifically looking for Barbican properties to become available. The main downside is the level of stock and we are keen to find new instructions in and around the Barbican area for our clients. If you are considering letting your property out, please get in touch for a free valuation.

Tom O’Halloran at Thomas Michael:  The lettings market continues to remain very buoyant with many applicant tenants registering with us specifically for the Barbican and higher rental incomes being achieved. Landlords can also consider our Short Let service if they are looking to get an income for a flat for a shorter tenancy, under 6 months. Well-presented flats and flexibility on furnishing are often key to a successful let. www.thomasmichael.co.uk

Mark Scoging at A.W. Childs:   Demand has been stronger than we anticipated with tenancy and enquiry levels on the up from last year. With the ongoing tech boom, firms such as Google, Facebook, Apple and Amazon setting up new London branches has had a noticeable impact, fuelling demand for rental homes especially in the Barbican and City.

Glen Cook: We have seen over the last 12 months a slow sell off in both buy-to-let investor and accidental landlords cashing in on profit, this has inevitably led to a reduction in available property particularly in the Barbican. In our opinion we have seen rental values rise by 15% in the last 12 months, which is good news for Landlords.  Demand is good and supply low, we may see this continuing into 2019 with an increase in demand due to increased staff moving to new office schemes in and around Crossrail Stations.

Richard Sewrey at Chestertons: We are currently seeing a resurgence in achieved rental values for City Landlords. A significant number of young City professionals are continuing to rent past the point where they planned to do so despite being in a financial position to buy. The reasoning is always based on the general uncertainty that still shrouds the country. As potential first time buyers who have witnessed the aftermath of the last crash they are naturally cautious of stepping in to buy at the wrong time. For City Landlords this is certainly good news that looks set to continue.  www.chestertons.com