A Barbican favourite watering hole, the City Boot wine bar, which was forced to close due to site redevelopment at the eastern end of the Estate, is to re-open at another location on the Highwalk – at 3 Bastion High Walk, 125 London Wall, which up to the re-opening has been a branch of El Vino. 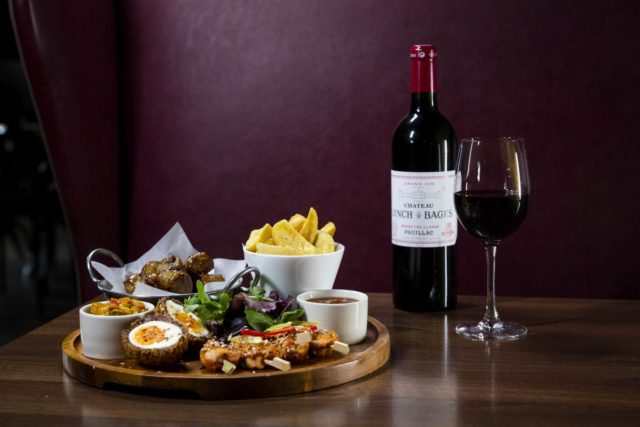 Formerly located at the top of the escalators next to Moorgate Station, The City Boot was always a popular spot for wine and food lovers, located there for 41 years, but was forced to close in June 2015 due to the redevelopment of the area.  The new site which is close to the Museum of London will be a similarly informal setting for a meal and glass of wine, or after-work drinks, with interiors in the much-loved Davy’s style featuring rare vintage and antique wine paraphernalia.

The new City Boot will serve many of the same British dishes that were popular staples on its original menus including Davy’s bangers and mash with Madeira gravy and homemade onion rings; and fish and triple cooked chips with tartare sauce and minted pea purée.  For those who prefer a light meal or snack, there will also be a range of sharing boards like the Ploughman’s Plate and Charcuterie Board.

As part of a soft launch, from Thursday 29th September – Friday 7th October, Davy’s will be offering 50% off food.*

Wine lovers can look forward to a list featuring interesting selections from predominantly small producers, many exclusive to Davy’s, which cover most regions but with a leaning towards the French classics.  All of the wines on the list will also be available to take away from “The Cellar Door”.

James Davy, Chairman and Chief Executive, Davy’s Wine Merchants & Bars which owns The City Boot, said: “The City Boot was an old favourite for many around Moorgate for a hearty lunch or after-work drinks before it sadly had to close.  Our guests at the new London Wall site can look forward to the same classic Davy’s offering, with subtle modern touches keeping it right up to date.”