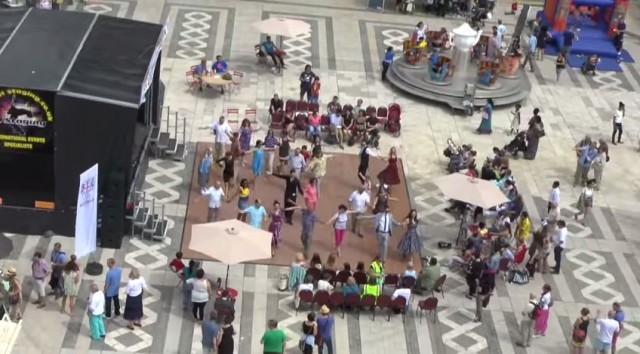 The City Life Community Fair will be back again on Saturday 13 June 2015, bringing fun, entertainment and colour to the Guildhall Yard for a second time. This year’s event is going to be even bigger and better, and the organisers are looking for City groups and organisations to take part.

The Community Fair is the City of London’s very own summer fete. Set in the historic surroundings of Guildhall Yard it unites and celebrates the many diverse aspects of life in the City of London. It is a chance for people from all corners of the Square Mile to come together, have fun and feel proud to be connected to this unique part of London.

Local groups and organisations are at the heart of the Community Fair, including City organisations in other parts of London. The organisers  want as many of as possible to come along, showcase work and strengthen connections; both with residents and each other. 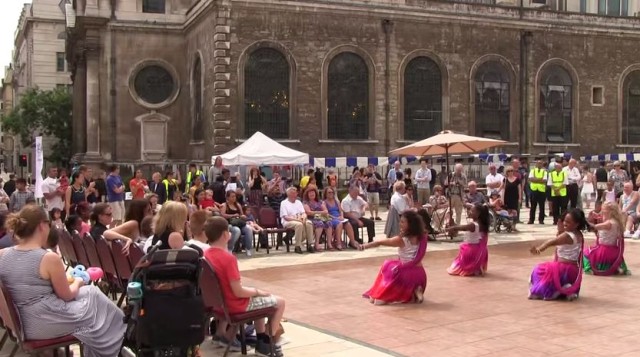 On the day the perimeter of the Guildhall Yard will be lined with brightly coloured market stalls, organisations to run them are currently being sought.

A stall at the Community Fair can be a great way to:

The emphasis however must be on FUN. There are lots of events in the City where people can pick up leaflets. So while the organisers are happy for organisations to raise awareness, they want the Marketplace to be a bustling, engaging, colourful space that offers more to residents than just information. They are expecting the stalls to be oversubscribed this year so warn that they may have to turn down applications that don’t seem exciting enough.

Participants might want to sell handmade arts and crafts, or run an activity or game such as: art and craft activities, tombola, coconut shy, duckingstool etc. The only limit is your imagination! Help with equipment may even be available in some cases..

At the centre of the Yard will be a full-sized festival stage and dancefloor arena. It is planned to to book some very special guests to appear on it but the entertainment programme should also

reflect the community too, talented local groups and individuals to step up and perform are being sought..

This yea a smaller, inside performance space is also being considered. So if you have an

act that would work better in a more intimate setting it might be able to be accommodated.

Last year’s Fair was such a success that the organisers are expecting a lot of interest for 2015. If you would like to be involved please write a short description (max. 250 words) outlining what you propose to do.  This should then be emailed to: Will Cooper, FYi Manager will.cooper@cityoflondon.gov.uk no later than 5pm Friday 25 April 2015.