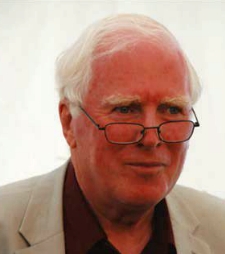 The Barbican Estate was primarily constructed between 1965 and 1976 and most of us owner-occupiers have leases which have between 85 and 90 years to run before the properties are reclaimed by the freeholder, in nearly all cases the City of London.  While that timescale is presumably more than adequate to see most of us out, the shorter the lease life remaining, the more difficult a property becomes to sell, and the lower the price it is likely to command.  Generally 80 years on one’s lease is the tipping point at which values tend to start to decline sharply, or the freeholder can be entitled to an extra payment, but the cost of extending one’s lease, which one has a statutory right to do once one has owned a lease for at least two years, will increase anyway as the remaining lease term diminishes.  The right is to add a fixed term of 90 years to one’s lease, at a “peppercorn rent” which means, in effect, that there will be no ground rent to pay which, in the case of the Barbican, is largely irrelevant as our ground rents tend to be only £10 a year.

But what of course does happen is that the longer one delays applying for a lease extension, the more it will cost to do so as extension costs are based on property valuation plus a landlord’s premium – both tending to rise as the remaining lease term diminishes.  According to local firm of solicitors Carter Lemon Camerons, which has just run a well attended talk on lease extensions, at which I was present, the City currently charges a premium of around 1.3% of a property’s valuation, plus compensation for loss of ground rent (which as noted above is only a very small amount in the case of Barbican properties).

The cost of extending one’s lease is thus rising the whole time unless there is a massive collapse in property values which, in the case of the Barbican as an in-demand residential location does seem unlikely.  Our advice is to extend one’s lease sooner rather than later.

Another sign of our properties’ aging, apart from the obvious physical deteriorations, is the proliferation of advertising in these pages from design and refurbishment management companies, many of which are doing excellent business here.  Original kitchens and bathrooms in particular are beginning to show their age and many residents are viewing upgrading these – some trying to retain the original Barbican design ethos – as a nudge to look at a total flat redesign as well, incorporating systems which just weren’t available when the estate was originally built.

In general the estate design was very robust which is the main reason it has stood the test of time so well.  Indeed the original brutalist architecture, which was anathema to so many at the time of construction, has mellowed into what it is today – a highly regarded and well located and served residential space much in demand.  We may be aging, but the estate is aging well – a huge compliment to Chamberlin, Powell and Bon – the architects who designed it.

Wishing all readers of whatever religious persuasion a happy holiday season and a prosperous 2018.