Corin Sworn: May 2015 at the Whitechapel Gallery

Corin Sworn: May 2015 at the Whitechapel Gallery 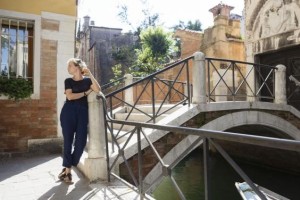 A major new art commission by Corin Sworn, the latest winner of the Max Mara Art Prize for Women, is unveiled in May 2015 at the Whitechapel Gallery, London and October 2015 at Collezione Maramotti, Reggio Emilia. The work follows the artist’s 6-month Italian residency in Rome, Naples and Venice and marks the culmination of the fifth edition of the Prize.
The new work focusses on the rich history of the Italian Commedia dell’Arte, the improvised theatrical comedies from the 16th century onwards performed by touring troupes of actors. Combining architecture, sculpture and textiles, the installation will set the stage for a live performance.

Sworn was particularly interested in the evolution of la commedia through history, and the instances of mistaken identity which often appear in its storylines. The role of clothing in 16th and 17th century Italian society, and the ability of the newly professionalised role of the actor to destabilise relationships and hierarchies is also explored.

During the residency the artist studied rare manuscripts of traditional plays, visited theatre productions and buildings and museums.