The final tower crane has been removed (by a mobile crane) at the 21 Moorfields development site and Sir Robert McAlpine (SRA) celebrated this with an invitation to the local children and families to a workshop to learn more about the engineering involved in tower cranes.

The children had a great day learning how tower cranes work using models, and learning the hand signals used by slingers to communicate with tower crane drivers.

Much fun was had in a LEGO and DUPLO challenge, meeting a tower crane driver, seeing the mobile tower crane moving and visiting the construction site.

The dismantling of the final tower crane:

The mobile crane was used to remove Tower Crane 3 from site. It was chosen, because it was the only crane able to complete this lifting operation over the top of Tenter House.

These works were interesting because they were carried out right above two escalators linking the Northern Line to the Metropolitan Line and next to the basements of 3 neighbouring buildings. 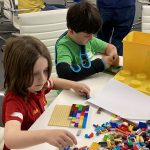 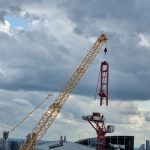 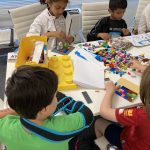 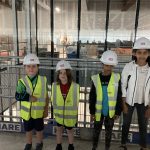 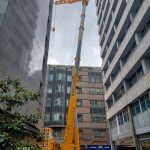 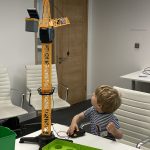 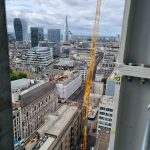 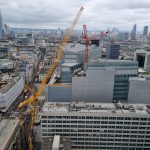 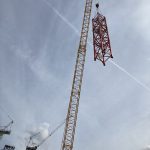