An exciting African themed gala reception to be held on Friday 27th May has been announced by MYL International, the Hackney based Social Enterprise dedicated to teaching young people French through inspirational theatre in honour of Michel Ocelot. 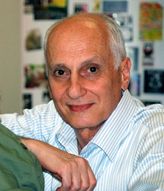 Michel Ocelot was born on the French Riviera, spent his early childhood in Guinea, his teenage years in Anjou and finally settled in Paris.  Self -taught he has devoted his entire career to animation.  Right from the start, he wrote his own stories, drew his own film characters and created their graphic universe.

He became a household name in 1998 following the success of his first feature film ‘Kirikou and the Sorceress’.  He was selected in 2006 by the Cannes Film Festival as part of the Directors’ Fortnight.  He is currently working on a new project set in Paris Belle Epoque.

The exotic African themed evening with mouth-watering dinner is planned to celebrate both Michel Ocelot’s early childhood in Africa and the ethnic roots of many of the members of the Hackney French Youth Theatre Group. Tantalizing buffet, Gwoka dance entertainment by Ziloko and a glimpse behind the scenes of ‘Princes et Princesses’ awaits!

The event aims to raise funds for the Hackney French Youth Theatre Group supporting the young people to spend a week in professional theatre school in Paris to develop their artistic and linguistic skills.

Kemi Dowokpor , Founder of  MYL said: ‘By coming to this event you get to rub shoulders with legendary French animator and author Michel Ocelot, on the eve of the London Premiere of his highly acclaimed French theatrical masterpiece ‘Princes et Princesses’. You also get to meet the Producer Legrand Bemba Debrt and all of the 14 – strong cast.’ She added:  ‘How often does a member of the public get to share the same thrill and excitement as the cast and directors on the night before the opening?  This is an event not to be missed!’

‘Princes et Princesses’ tells four wonderful stories about fairies, queens, princes and princesses in a world of love across Africa, Japan, Egypt and Persia.  These are ‘shadow silhouette’ fairy tales with breath-taking scenery, sound and staging!

After four successful seasons all over France, ‘Princes et Princesses’ comes to London for one day only at The Shaw Theatre on Saturday 28th May 2016 with 3 performances. Please use this link to purchase tickets: www.ticketmaster.co.uk

The fundraiser will take place the night before on Friday 27 May 2016, at 6.30pm at the Rose Lipman Community Theatre, N1 5SF.

If you want to be up close and personal with film and theatre pros, this event is an absolute must!

Please support us by donating at: https://crowdfunding.justgiving.com/HackneyFrenchYouthTheatre