Electric Vehicles and the Barbican

Electric Vehicles and the Barbican

The big problem about writing an article on Electric Vehicles (EVs) is that the technology is advancing so fast and new announcements coming out of manufacturers so frequently that anything written in terms of model availability may well be completely out of date by the time the article is published.  Please bear that in mind when reading.

The Barbican, given its location on the northern edge of the City of London, would seem to be ideally placed for residents to switch to EVs provided that charging facilities can be provided.  Apartment owners can secure parking spaces in the complex’s car parks and the City can offer charging facilities to those who require them given the car parks do all possess mains electricity which can offer a limited, but very slow, charging option without upgrading.  However if faster charging facilities are to be provided, which would seem to be an obvious course of action, upgrading of the electricity supply to accommodate the higher voltage and wattage required to service the higher speed charging points has been necessary.

To this end, as we reported in the Summer issue of Barbican Life, money has been allocated for this work from the Mayor’s Air Quality fund to implement a Barbican trial for EV charging systems – initially in five of the Barbican’s car parks with the idea of installing dedicated charging systems for EVs over the next few months.  As the writer understands it, the power systems have now been upgraded, but there have been delays in choosing and installing the necessary types of charging points.  This does not mean that existing EVs are not being charged – they are, but off the standard mains which is a slow, and not hugely efficient process and at the moment involves trailing cables off existing power outlets.

Chargemaster Plc has been appointed as the successful supplier to install and operate the 22 charging points that are being installed as part of the trial in the Barbican.  These are now scheduled to be installed in January, after something of a delay in contractual acceptance.

The power upgrade and cabling works were completed earlier in the summer however there was an issue with the proposed procurement route for the supply and installation of charging points which resulted in a delay of a few months. Chargemaster has thus been appointed, following a full tendering process, to supply and install the 22 charging points for 30 electric vehicle bays in the following car parks:

The intention is that these charging points and EV bays will be monitored for 6 months as a pilot project to determine the best options for wider rollout of EV charging infrastructure to the rest of the Barbican Estate. This is the reason why the car parks will have different charging point types so they can be compared against each other. At the end of the pilot period the intention is to develop a toolkit guidance document for use by the City of London Corporation and other local authorities on how to rollout EV charging infrastructure in communal residential off street car parks.

The EV charging points will be accessed either by a key or RFID card dependent upon which site due to the differing levels of network coverage and connectivity within the subterranean car parks.

Separate consultants will be appointed to take on the task of surveying residents, monitoring usage of the bays and objectively assessing the 6 month pilot period. As part of their work they will be required to interview key stakeholders and host a workshop with residents.

There are several major keys necessary to stimulate the more general take-up of EVs, rather than hybrids.  The first, and most important, is ever-improving battery technology.

Up until the current year there were few EVs on the market capable of achieving a range of much more than 100 miles, but this is changing now quite rapidly, although the 300 – 400 miles of range between charges, which is probably necessary to achieve true sales lift-off, is mainly only available at the high end of the price range.

But if one looks at the extremely rapid pattern of technological battery improvement in computers and in mobile phones there has to be the likelihood that battery technology research will continue to raise vehicle range between charges, and reduce costs as scale of production leads to improvements here.  No doubt rapid charging technology will also develop alongside, as will the installation of more and more charging points across the country – this being the other main bugbear, along with vehicle cost, affecting EV take-up.  While 300-350 miles range seems to be already possible at the top end of the market now, we suspect that ultimately far greater ranges may become the norm – maybe even 1,000 miles on a single charge before too long.  This would likely be a nail in the coffin of the internal combustion engine (ICE) as would increasing legislation to ban ICE-driven vehicles, particularly diesels, from urban areas. 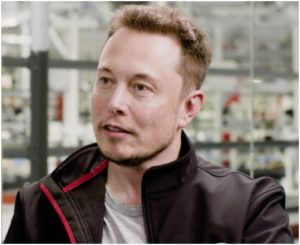 New types of battery technology may also be a factor here.  At the moment most, if not all,  EVs run on lithium-ion technology, but research is under way into so called solid state batteries which offer (in theory at least) lighter weights, longer ranges, shorter charging times and lower costs than lithium-ion batteries.  But so far the technology has not been able to be transferred from the laboratory to the kind of size necessary to drive a full-size EV efficiently.  Even with lithium-ion technology though, Elon Musk’s Tesla – perhaps the principal driver in the advance of EV design and implementation – is achieving a claimed 400 mile range between charges in some of its latest, currently available high-end vehicles – and is already on the way to achieving this on its ‘affordable’ Model 3 range.

Leader in the solid state battery field is probably Fisker, another prospective U.S. EV manufacturer.  It promised a solid state battery driven EV back in 2016 but couldn’t deliver and the company disappeared back into obscurity.  It has now been resurrected by founder Henrik Fisker (an ex-Tesla engineer) is promising a 400 + mile range EV, which can be recharged to a 125 mile range in just 9 minutes, but costing around $130,000.  However given its solid state battery probably won’t be able to be delivered at a commercial size until at least 2023 one has to assume that the initially promised EV will still also be lithium-ion battery driven.  Fisker has promised to show the EMotion EV  at the huge Las Vegas CES show in January and if it is indeed there we may learn some more about the vehicle itself and the solid state battery development schedule. 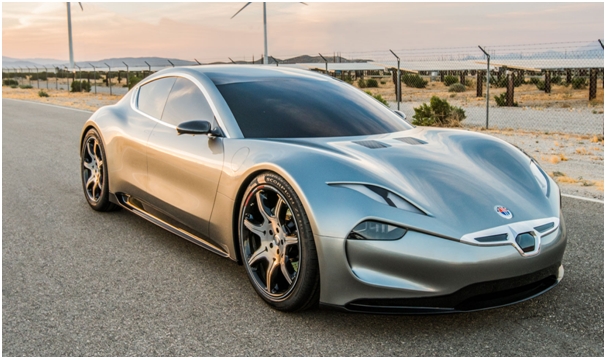 In the UK, Sir James Dyson, of vacuum cleaner fame, is working to develop a Dyson EV by 2020 and is reportedly putting £2.5 billion towards its development.  Dyson is also reportedly nailing his colours to the solid-state battery mast, although again whether a solid state battery sufficient to power an EV will be available in that timescale remains to be seen!

Japanese mainstream auto manufacturer Toyota also reckons to be working on a solid state battery driven EV which it hopes to have on the market in the early 2020s.  Undoubtedly other mainstream manufacturers, virtually all of whom are working on EV design and production, will also be looking at the potential of solid state batteries because if they can be produced commercially will, eventually, offer the range, rapid charging and lower costs required to make EVs the norm rather than the exception.  With the kinds of technology growth patterns we have been seeing we would anticipate total EV dominance of the automobile market far faster than recent projections might suggest – perhaps within 20 years.  Already Volvo has announced that every new car it launches from 2019 will have an electric motor (this will include hybrids so is not phasing out the ICE totally – yet – but is an indicator of the way the market is trending).

While battery technology/range is perhaps the most important factor for EV manufacture and sales going forward, cost is another hugely important factor.   Despite the apparent drive-train simplicity of electric powered vehicles those on the market at the moment are much more costly than similar-sized conventional vehicles, and only attractive through the availability of government subsidies.  Insurance costs are higher too.

But there are some other key advantages of electrically driven vehicles which will be major sales points assuming battery technology factors can be overcome – which they will be.  Rapid torque availability – which means very fast acceleration – the far easier integration with new computer technology, potentially far lower running costs and the convenience of home charging, for those with that possibility (or with easy access to overnight charging points as is planned for the Barbican) rather than having to fill up at a petrol station) are all key points.  But most of all the perceived environmental benefits of electric drive over ICE-driven vehicles are becoming paramount.

All these costs are likely to come down as take-up of EVs increases, but it may take time and the continuation of subsidies until the market has truly taken off is probably key for any serious short term growth momentum

Suffice it to say that the numbers of EVs available to the market will be increasing exponentially over the next few years with most mainstream manufacturers offering all-electric models already.  However one does have to credit Elon Musk’s Tesla company with bringing EVs into mainstream thought with its spectacular high end Model S and Model X EVs, offering a degree of luxury and incredible performance only previously seen in high-end supercars.  And now Musk’s company is in the throes of bringing his production vehicles into the ‘affordable’ category – if $35,000 plus is seen as ‘affordable’.  Pre-orders for the Tesla Model 3 are such that, provided it can meet its production targets, without going bust first, would make Tesla one of the world’s largest automakers.

Musk is a visionary and is not stopping there and has just shown an all-electric-powered truck, and the ‘Insane’ Tesla Roadster capable of 0-60 mph in 1.9 seconds and with a claimed 620mile range, but many think Musk’s company is hugely overstretched and will crash and burn under its burden of its huge debt burden.

But it is probably Musk’s amazing vision and drive which has stimulated the EV sector into action.  Whether Tesla will survive, or will be overtaken by mostly mainstream auto manufacturers, who now have been dragged into the realisation that EVs are almost certainly the future, remains to be seen.  The mainstream manufacturers are battling to cut into Tesla’s undoubted lead in the sector and are already coming out with possible Tesla killers – like the Chevy Bolt which offers similar pricing and performance to the Tesla Model 3 – but somehow lacks its kerb appeal.

Mention should be made here of the Nissan Leaf, which has arguably been the most successful mainstream production EV.  It suffers limited range and slower rapid charging in comparison with the Tesla Model 3, but is working on those factors and as battery technology advances will probably catch up soon.  Its 2018 model, already released in Japan, for example, has a claimed 200 mile range. 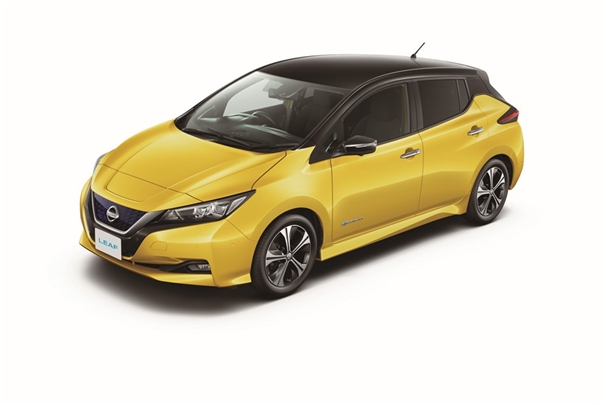 Probably key to pure EV demand in the UK, the Government currently offers a subsidy of 35% of the purchase price, up to a maximum of £4,500 for the following vehicles which are all capable of a range of 112 km without any CO2 emissions at all: BMW i3 (there is at least one of these in the Barbican already); the BYD e6; Citroen C Zero; Ford Focus Electric; Hyundai IONIQ electric; Kia Soul EV, Mercedes B Class Electric Drive. Nissan e-NV200 5 and 7 seater; Nissan Leaf, Peugeot iON, Renault Fluence. Renault ZOE;  Smart for two electric drive; Smart forfour electric drive; Tesla Model S; Tesla Model X; Toyota Mirai; VW e-UP!; VW e-Golf.  Other pure EVs, like the Tesla Model 3, will no doubt be added to the list as they become available in the UK.