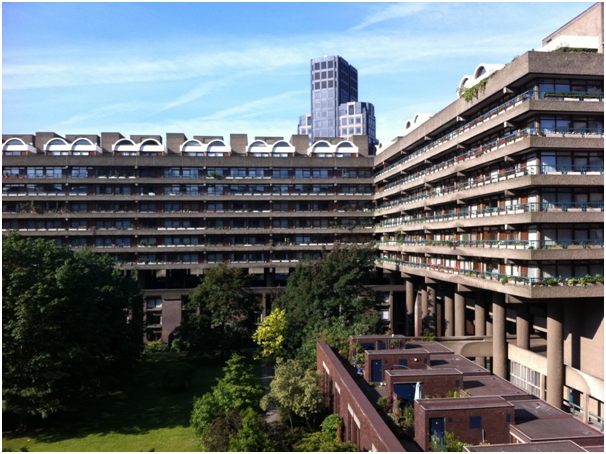 Of the local estate agents serving the Barbican and surrounding areas, Hurford Salvi Carr (HSC) always comes up with some interesting research on both the sales and lettings markets at half yearly intervals. The latest such research, published in August suggests that overall prices have come off around 4% in the first six months of 2018 – mainly due to Brexit uncertainty and the imposition of the new Stamp Duty Land Tax and second home levy making buy-to-let a less attractive option. It should be recognised that HSC covers a rather larger area than just the Barbican, which tends to be a bit of a micro-market sometimes insulated from overall London price trends, but checking prices here suggests that this pattern pretty well applies to the Barbican as well – and the increased length of time a flat stays on the market before sale completion has also become more noticeable.

As HSC puts it: “At mid-year 2018 the residential sales market continued to struggle with weak demand against a backdrop of political and economic uncertainty that undermined buyer confidence. Price reductions have done little to stimulate demand and the majority of buyers, particularly investors and second home owners, remain unwilling to commit given the high rates of Stamp Duty Land Tax and the second home surcharge imposed in 2016.”

The agency does say though that although we may see further falls this year – perhaps by another 5%, prices should stabilise in 2019 as there should, by then, be more clarity over Brexit and there could well be an additional positive from the completion of the Elizabeth Line (Crossrail) which will particularly benefit the Barbican’s already strong transportation links. The line runs directly underneath us and there will be station access at both ends of the complex – to Liverpool Street via the Moorgate ticket office and to Farringdon from Barbican Station and with a main entrance on Long Lane.

On lettings the agency notes that rents have remained broadly unchanged this year, as they have for the past six years, for one and two bed apartments. Demand has followed its seasonal norm and, on that basis, it expects the third quarter to be the busiest period in the rental market. It saw it as inevitable that there would be some impact from the decline of buy to let investment after April 2016 and reinforced by legislation to reduce returns for investors. There is thus less new supply coming into the market.

On the more positive front though, HSC comments that some renters will find themselves in a better position to buy, without the competition from investors. It has not detected renters ending their tenancies because of Brexit, although this may be because any impact on executive employment will occur later in the process of leaving the EU.

To read the full report check out: www.hurford-salvi-carr.co.uk/research

Meanwhile though a report from the Office of National Statistics (ONS) is reported to have noted that UK house price growth slowed in June to the lowest annual rate in five years according to official figures. This property slowdown is apparently hitting London hardest. ONS data suggests that house prices in London fell at the fastest annual rate since the height of the financial crisis, while rents dropped at the fastest rate in eight years, although falling rental rates do not seem to be being experienced in the Barbican.

Flats and maisonettes has been the hardest hit sales sector according to the ONS. This weaker sales growth in UK flats and maisonettes was driven by negative annual growth in London for this property type, with London accounting for prices seeing their largest annual fall since September 2009 in the aftermath of the economic downturn. This is put down largely to the capital city which accounts for some 25% of all UK flat and maisonette transactions.

However to put all the above in context it is largely a fall in the rate of growth in house prices which has been observed with U.K. house prices seen as growing by 3% year on year and London prices down a relatively small 0.7% on a yearly basis.

According to the ONS’s head of inflation, Mike Hardie: “The housing market across the UK again slowed with London prices seeing their largest annual fall since September 2009 in the aftermath of the economic downturn.”

The specialist Barbican estate agents largely rate the pricing downturn, such as it is, to sellers being prepared to accept rather more realistic sums for their properties – after all Barbican flat prices have had a pretty good run over the past eight or nine years and most owners will be sitting on substantial paper wealth increases!

Nick Scott at Scott City: Everyone is aware that we find ourselves in a difficult sales market, we’ve had an unusually hot summer but unfortunately it hasn’t encouraged the buyers to return. More sellers are being realistic with their pricing and this is helping the few committed buyers to purchase at a price they are happy with so some properties are selling, it’s not a complete disaster. I think as we move away from the summer months we will see more activity with a stabilising of prices..roll on the Autumn.!! Please visit our new web site at  www.scottcity.co.uk

Tina Evans at Frank Harris: It will not have escaped your notice that the Bank of England decided to increase interest rates above 0.5% for the first time since 2009. In the coming days and weeks there will no doubt be some scaremongering in the media as to how this will affect people’s mortgages and ability to borrow – and it is true to say that in some cases it will have an undesirable effect. But, and it is a big but, competition between the lenders remains high and this by default keeps costs down. In some cases, depending on the package or deal, you may even find that money is cheaper to borrow than it was 3 – 5 years ago when the interest rates were lower. So what does this mean for those looking to move? The message is clear. Don’t be put off – the market is actually moving, we have had our busiest month of the year in July on sales, so if you are looking to buy or sell please do call us. www.frankharris.co.uk

Glen Cook at Hamilton Brooks: Better news in this quarter, sales have doubled in volume from a low starting point. The message is, as long as asking prices are realistic a chance of selling is likely. Any overpricing and the market will not respond. If you are thinking of a lease extension, now is a time to seriously consider it as premiums are increasing, buyers are almost insisting on the longer lease, or at the very least trying to extend the lease in conjunction with buying. We still, and always have, offered free lease extension advice. www.hamiltonbrooks.co.uk

Alex Childs at AW Childs: Stock levels have increased this quarter however buyer levels are slightly down. This is not uncommon for the time of year. Our prediction is the closer we get to Elizabeth Line opening we should see a rise in buyer confidence and prices. We currently have a number of retained buyers looking for Tower flats. www.awchilds.co.uk

Glen Cook: We are seeing a good demand for all flats, both furnished & unfurnished, in some cases best bids for flats in good condition with contemporary finishes. Presentation is still the key. Rents have increased by 5% this year so far.

Mark Scoging at AW Childs: We have seen prices stay level in the Barbican compared to last quarter, however the number of applicants registering with us has increased. We are also witnessing ‘a positive trend’ in new rental instructions.

Tom O’Halloran at Thomas Michael:  The Barbican lettings market continues to remain positive with many applicant tenants registering with us specifically for the Barbican and good rental incomes being achieved. We have had a record August. Landlords can also consider our Short Let service if they are looking to get an income for a property for a shorter tenancy, under 6 months. Well maintained and presented flats are key to a successful let and flexibility on furnishing also assists. www.thomasmichael.co.uk