Statistics seldom tell the whole story, but according to the UK government’s Office for National Statistics, London house prices rose by 9.4% last year.  Within this metric Prime Central London was particularly strong – although this category will also include some ultra hotspots like Kensington, Chelsea and the West End – where residences at the top end of the scale will trump anything the Barbican has to offer.

Nonetheless an analysis of the ONS figures by Estate Agency Marsh and Parsons suggest an average for one bed apartments across prime London is around £712,000 – and the Barbican looks to be beating that for the most part.  However there is something of a divergence for larger properties and in terms of 2-bed and three-bed apartments in central London, the Barbican looks to be pretty competitive.

The agency goes on to note that 2016 is unfolding with a sense of déjà vu. Last spring the general election loomed large over the property market, and now a potential Brexit is hanging in the air. Sales activity often cools in times of political uncertainty – and the London housing market usually bears the brunt of it. First and foremost, foreign investors may be more tentative given this latest turn in events, especially as it follows hot on the heels of higher Stamp Duty for million-pound properties.

History shows that the market recovered quickly from this short-term ambiguity in 2015 – and in fact, home sales look to have been building momentum over the past year. The property market is chock-a-block with buyers, who are being propelled on by cheap mortgage finance and government support schemes. Given the extent of buyer demand, it is perhaps a great time for existing homeowners to be thinking about their next step up the ladder, which should drive further purchase activity. For investors, the change in Stamp Duty for second homeowners in April will be an incentive to make purchases quickly over the next month. It remains to be seen how much of an impact the EU referendum will have on these current levels of confidence but go or stay, London as a whole is seen as remaining an attractive safe haven in times of uncertainty.

But, of course Marsh and Parsons are not Barbican-focused but are looking at London as a whole, although the general theme is more or less echoed by those agencies specialising in Barbican properties.  Most are seeing good demand and while prices are not seen as soaring, well-priced properties and those which have particularly appealing space, décor and/or outlooks are still selling fast with some special properties commanding premium prices.

There are a number of historical factors that are compounding the situation. Since 2009 home owners and investors in the central areas of London such as Midtown, the City and Docklands have seen property prices rise by around 60%.  This, coupled with record low interest rates over the past 6 years, means that property owners are in a very strong position. The majority have a low debt to equity capital ratio on their homes and with an uncertain stock market this makes property feel like a safe haven, reinforcing a view that residential property in London is a safe long term investment.

This means fewer properties are coming onto the market and as agency principal, David Salvi, points out “If owners and investors are not tempted to sell in a strong market very few will be tempted to sell should the market stall.  Therefore we anticipate the number of property transactions to fall further in 2016 across central London as market conditions soften.” 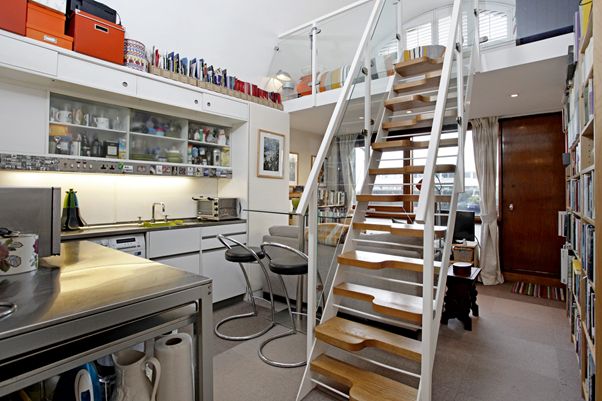 The situation is seen as being further exacerbated by the affordability factor, the average price of a one bedroom apartment in central London is now over £500,000 – over £700,000 in prime areas like the Barbican where studios come in around the £500,000 mark.!  At these current levels new home owners and buy-to-let investors are increasingly dependent on inherited wealth and windfall salary bonuses to be able to purchase at current central London pricing, with or without bank funding. This situation is unlikely to change since central London does not have the land available to expand supply to a level that has any prospect of satisfying demand.

–          A greater number of people will have to enter or remain in the rental sector.

Nick Scott at Scott City: The higher rate stamp duty announced in November  for buyers of second homes which takes effect from the 1st April has seen a flurry of buyers for Barbican flats all pushing to complete by the end of March.  The upturn in activity has meant a very busy first quarter, Only time will tell how the stamp duty changes will impact the market in the coming months. www.scottcity.co.uk 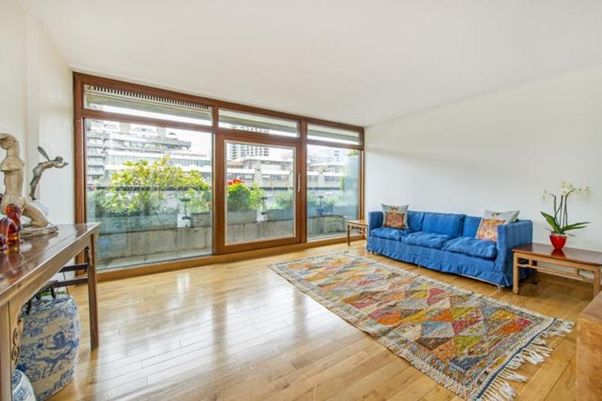 One bed Type 24 apartment in Mountjoy House with guide price of £875,000 with Frank Harris

Tina Evans from Frank Harris comments: The sales market is slowing down, despite the press reports of a surge of buyers trying to buy before the end of March because of the change in Stamp Duty.  We are finding buyers are no longer set on buying in just one area and will consider properties in all the areas that Frank Harris and Company offers including the new schemes we have for sale across London.  The Barbican continues to be popular, we have sold three properties recently “off market” for record prices, the reason being they were either rare or refurbished to a standard where the buyers could just put their suitcase down and move in.  www.frankharris.co.uk

Marco Fugaccia at Hurford Salvi Carr notes: “As always with the Barbican it seems to have a trend of its own, and certainly over the last 20 years that Hurford Salvi Carr have been successfully selling within the Barbican and this has not changed. Hurford Salvi Carr saw activity slow in the last quarter of 2015 with many buyers putting Christmas and the holiday season as a priority. The first quarter of 2016 has shown signs of buyers returning to the market with the buy to let investor and the second home owners/pied a terre market keen to avoid the increase in their stamp duty costs which will be implemented at the beginning of April, however with an element of cautiousness. We are seeing correctly priced properties receiving viewings and even still achieving sealed bids, whilst properties which are perceived by the buyers to be overpriced remain on the market.  A lack of available Barbican properties has meant that values remain strong with even the price point over £1.5m producing buyers who are keen to find in the Towers, Wallside, Lambert Jones Mews and The Postern”  – www.hurford-salvi-carr.co.uk 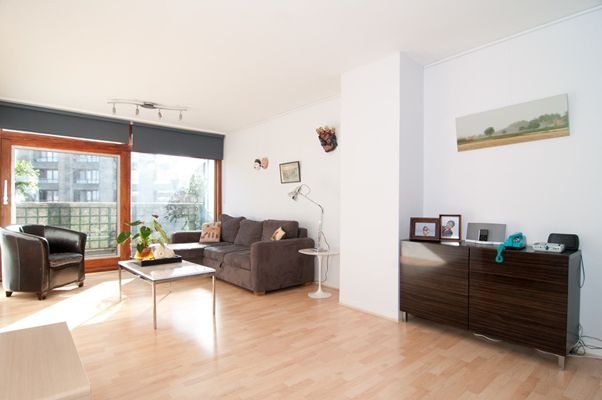 Alex Childs of AW Childs:  It’s been a busy start to the year with demand for specific styles of Barbican flats remaining high.  The quantity of new build properties and Investors wanting to cash in on selling in The Heron and Roman House is affecting the market for stock marketed over £1 million. A large number of flats within the City still remain unsold and we urge vendors to carefully consider marketing strategy in order to achieving the best price. Please contact me for a confidential market appraisal and the very best advice in selling in today’s market.  www.awchilds.co.uk

Glen Cook of Hamilton Brooks:  The best start to a New Year that we can remember, plenty of confident buyers and for once this is matched evenly with as many serious sellers, which means prices have stabilised, currently we have a healthy market, that said, we have still seen best bids on some units, and I think this is a feature we will see more and more, certain premium views, and blocks will command a greater price than others. We have also seen a much higher demand from families and more mature buyers for the Tower apartments and the larger low rise apartments for themselves and their extended families a bit like a weekend cottage in reverse. www.hamiltonbrooks.co.uk 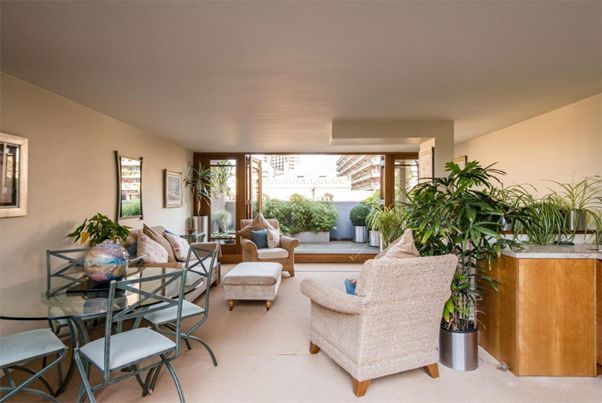 5 bed Wallside property to let by Hurford Salvi Carr at £2,450 a week!

Ian Swale at Frank Harris: We have had multiple offers on the most recent listings of one bedroom flats in the Barbican, we are always looking for stock across the board, but the demand for one bedroom flats is particularly high at the moment.  More recent legislation means that landlords need to be ever more vigilant when letting their properties, for example the “Right to Rent” checks. For more information please contact our office directly.

Lack of stock is the message this quarter, not a huge demand, but certainly outstripping supply, especially two beds. We may see increased stock levels as the City clamp down on the likes of Air B & B and similar short term agencies.

Mark Scoging at AW Childs: Residential rental prices throughout the Barbican and City have increased. We have also registered a record number of tenants at all price levels. Call us on 020 3693 9444 for an accurate market appraisal

” The key dynamic is location over size,” says Joe Davison of Scott City Residential “The squeeze on rents during the past year as corporates tighten their budget has not completely relaxed. This means that for tenants who are attracted to the City and especially the BARBICAN, smaller, more affordable properties are increasingly sought after. Demand for the Barbican is still very high, having recently let a range of Studio flats to Two and Three bedroom properties.”