Flatwatch Summer 2014 – Is the Barbican in a bubble?

Flatwatch Summer 2014 – Is the Barbican in a bubble?

As we in the Barbican see asking prices for Barbican Flats head for the stratosphere we have to ask how long can this go on before there is a significant correction?  Take the latest view of the webpages for those Estate Agents specialising in Barbican properties and one finds even one bed apartments (the larger ones in the more favoured blocks) as coming in at around the £900,000 mark and rising, while high-up 3 or 4 bed tower block flats with a favoured aspect are getting near the £2 million level as are some of the other largest apartments in the low rise blocks.  Even large studios are going for £500,000 or more. 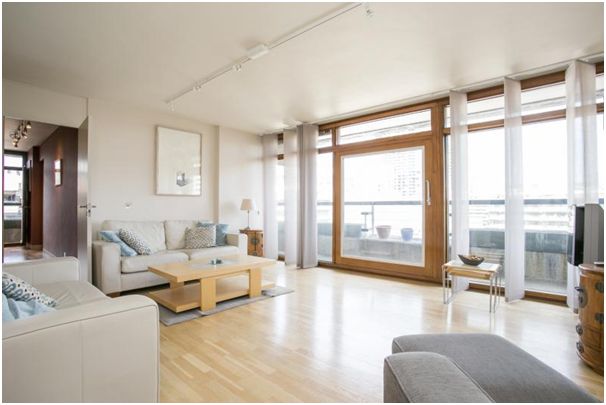 This rare 3 bed Defoe House corner flat, described as one of the most spacious apartments in the Barbican at 1,346 square feet, is on offer at Frank Harris for £1.8 million.

And it is the disparity in prices between here and the rest of the nation which is so illuminating.  I took a look at house prices in a very attractive area of which i have some knowledge and find you could trade in your 444 square foot Barbican studio for the 4,564 square foot Georgian 7-bed mansion house shown below in an acre of its own grounds in Chirnside – a village between the Berwickshire county town of Duns and Berwick on Tweed.  And yes it is in good shape and has all mod cons and you can even get decent internet reception!  Whatever one may think Scotland is not really a third world country (writing as one born north of the border) and the Borders area is exceptionally attractive in terms of delightful countryside – not far from Edinburgh and with the East Coast main line only 8 miles away at Berwick. 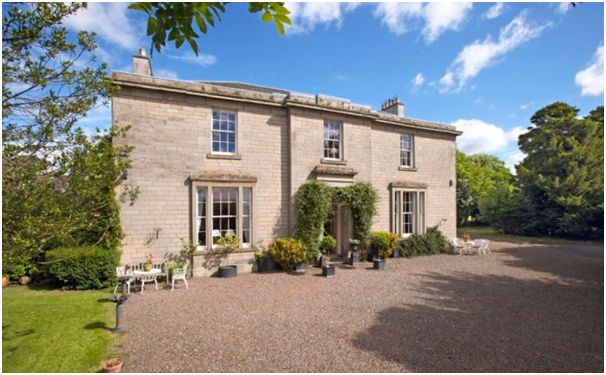 The Glebe, Chirnside, Berwickshire – on the market for £500,000 – the price of a Barbican studio! –  with My Online Estate agents and viewable through Rightmove.com

But then, as a Barbican resident you probably don’t wish to relocate to the Scottish Borders, however attractive a deal you might be able to make on selling your Barbican property and moving elsewhere – there are probably even better value deals to be made elsewhere.  You could, for example,  probably exchange your Barbican studio for several modern two bed properties on one of Spain’s Costas for example, live in one and survive on the seasonal  rental income for the remainder!  Barbican property prices thus give you a range of options should you be prepared to move away – particularly as property prices in other parts of the UK and Europe have mostly not risen nearly as much as those in London.

And that is why, perhaps, our property bubble is not going to burst yet.  It may deflate a little as resistance grows among purchasers over paying the kinds of prices currently being sought, but this would more likely mean a slowing in the rate of price growth rather than a collapse in prices.  Because seemingly excessive property prices are primarily a London problem, the government, or Bank of England, has to be wary of making moves to bring prices down sharply because this would equally affect prices elsewhere in the nation which have not seen London-style price rises.  Indeed prices have not been rising at all in some parts of the country. 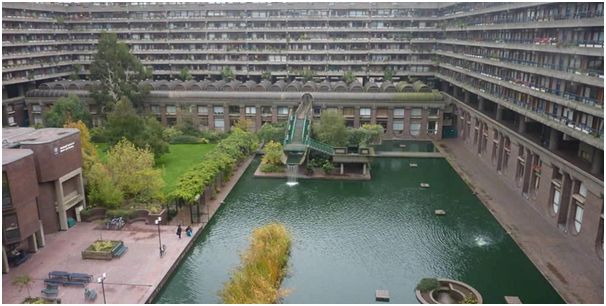 View over the lake from this spacious 800 square foot one bed flat in Gilbert House currently under offer at Scott City for £899,500.

But while Barbican flats may seem hugely pricey to those of us who have lived here for some time, consider the prices being asked for some of the new builds around us.  Roman House penthouses are on the market at £3-4 million and don’t have the views of the higher level Barbican tower block apartments.  What this would make a Barbican penthouse valued at nowadays one shudders to think!

And then to cap it all a duplex penthouse at the top of the Heron is apparently on the market at a cool £18 million!  Admittedly at 6,000 square feet it is far bigger – and probably far better equipped – than anything in the Barbican.  For those interested there is a long article and video on the Daily Telegraph website where it is described as the most luxurious penthouse in the City.  It is indeed impressive – but £18 million?? 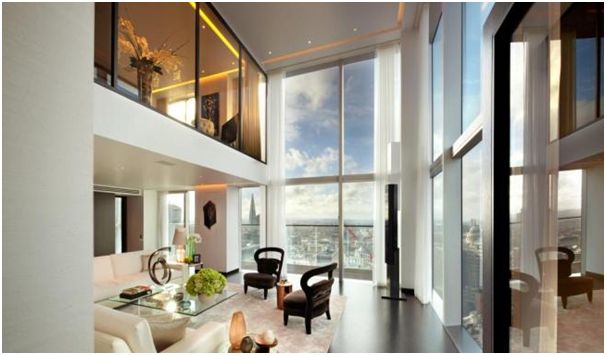 Inside the duplex Heron south penthouse (6,000 sq. ft.)  on the market for a cool £18 million.  Picture from RightMove.com

But if you are considering selling and moving out to country or Costa the presentation of the flat can make a big difference to the asking price.  When you’re talking in the £million bracket maybe a £10-20,000 complete refurbishment cost  might make a difference of £50,000 or more in the asking price and make it far more appealing to potential buyers thus helping achieve a quick sale at, or even above, the asking price.  There are several Barbican Life advertisers who can help you with everything from redecoration to redesign and complete refurbishment.  Barbican flats don’t tend to stay on the market for long though, whatever the condition – indeed some are sold on virtually the same day the agents receive instructions. 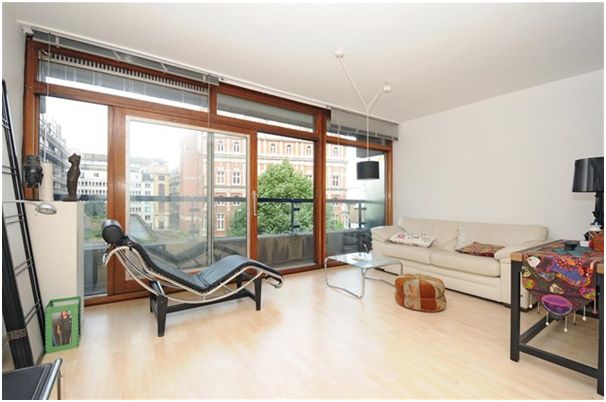 Barbican studios at over half a million!  This large Breton House studio (445 square feet) is on the market for £505,000 at Hamilton Brooks.

However, despite the big rise in Barbican flat prices over the past few years, rental levels don’t seem to have followed suit – indeed have been pretty flat.  To an extent this may be because some of the new builds around, as completely modern properties, may have had more appeal to the young urban professional providing much of the local rental market.

Glen Cook of Hamilton Brooks:  “We’ve had a very interesting second quarter.  We are still seeing price increases, we are still seeing strong demand, and of course a number of flats going to best bids. On the supply side, we have seen a slight increase, but still not enough to satisfy demand.

Here is my personal prediction: WHAT DO WE KNOW: We know interest rates will go up at some time – probably this year ; the Mortgage Lending Review criteria is now taking hold; prices have risen nearly 40% in 3 years. What DOES THIS MEAN FOR SELLERS, it’s the perfect storm of ripe selling conditions to go on the market sooner rather than later. This market won’t last forever.

Tina Evans of Frank Harris: The sales market in the Barbican is still buoyant and I do believe we will break the £2million level on the tower flats very soon if not before this magazine goes to print.

We have sold some amazing properties recently including a two bedroom flat in Seddon House which was refurbished to such a high standard it was bought by someone looking for a new build.

The Barbican is its own micro market and as such it needs an agent that understands its idiosyncrasies, stock levels are increasing in the City generally as the likes of Roman House and The Heron continue to be sold off along with new build properties in the Old Street area.

The Fann Street development (Formerly the YMCA) has now formally submitted an application to convert the building in to 72 units with which we will of course keep you updated.

I hope everyone has a good summer and look forward to meeting residents at the various parties over the next few months.”

Nick Scott of Scott City notes that they do have a little more Barbican stock on hand – but not much and not enough to satisfy demand…a studio in Breton House at £485k, a very nice one bed in Willoughby House at £748k and a duplex one bedroom west facing in John Trundle Ct at £899,500

Matt Gibberd of the Modern House comments: Last weekend we had 58 viewings on a single day at a flat we are selling. We have also had sealed bids on four properties in the same week. This is partly indicative of the continued pent-up demand in the market, but it also shows the ever-increasing appreciation for modern architecture among the British public. Long may it continue.

Joe Davison at Scott City: “We have seen a rise in the Stock Levels of rental properties, including properties in the Barbican, ranging from small and large styled studio’s, One bedrooms and two bedrooms flats. Our newest addition is a Three bedroom flat in Lauderdale Tower at £795 Per week.

However, we have found that rental prices have now stayed at much the same level for a year or more, despite the fact there are good quality flats available. All of our properties are located on our newly developed website: www.scottcity.co.uk ,

Glen Cook:” It’s a pretty tricky rental market, The Heron has provided a large number of high quality units at a competitive rent, so presentation is a key issue. Most have now been let, so it’s back to normal, having said that, The Heron is not to everyone’s taste! Consequently we are letting almost everything we get as long as the price is right. So our message is we need more letting property to satisfy demand.”