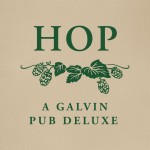 With its latest venture officially due to open on January 25th, Galvin Restaurants will start 2016 with the launch of Galvin HOP,  the first Galvin Pub de Luxe on what had been up until now the site of Galvin Café a Vin in Spitalfields Market.  A vibrant pub in the City, Galvin HOP will offer fresh unpasteurised Pilsner Urquell Tank Beer, a range of craft beers, a new menu featuring classic pub dishes and a range of premium hot dogs, although that terminology would seem to downplay what is on offer food-wise. Galvin HOP is next door to the brothers Galvin’s Michelin starred Galvin La Chapelle, one of the top restaurants in and around the City of London.

Galvin Restaurants are a family run collection of seven French restaurants founded in 2005 and include Bistrot de Luxe and Le Cellar bar in Marylebone in addition to Galvin La Chapelle in Spitalfields in London. From fine dining business dinners to relaxed family friendly lunches and al fresco options, the Galvins pride themselves on offering something to suit everyone, whilst keeping high quality French cuisine, luxurious surroundings and great hospitality at the heart of everything they do and the new Pub de Luxe concept represents yet another link in this chain.

The transformation of the Café a Vin French bistro style restaurant to the new pub offering that is Galvin Hop has the Galvin’s branching out in a new foodie direction.  It will be the first, and London flagship, venture for the newly created Galvin Pub Co.  A second pub, Green Man in Chelmsford will be opening in summer 2016. 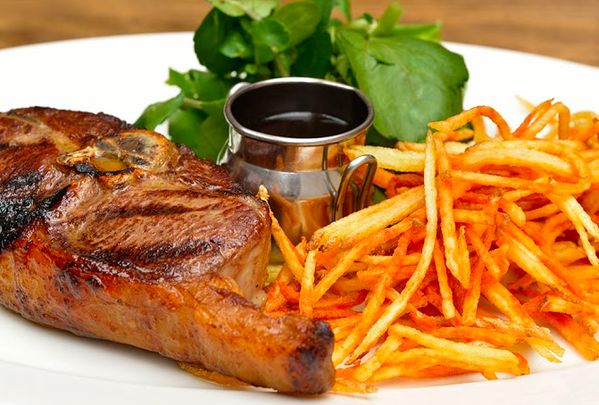 An example of the kind of food GalvinHOP will be serving

The menu at Galvin HOP will feature pub dishes (as noted above maybe that terminology does not do justice to the quality of the dishes on offer) made with seasonal ingredients cooked using a mixture of classic and modern techniques. Designed by brothers Chris and Jeff Galvin, the menu will include meat & fish from their award-winning suppliers with dishes such as slow cooked beef cheeks in stout & caramelised carrots, Galvin cured smoked salmon with soda bread, charred beetroot and goats curd salad, rarebread sausage rolls, grilled Suffolk pork & cider braised onions, flatbread with tuna & smoked aubergine, spatchcocked Cotswald chicken and green clementine trifle.

Galvin HOP will also introduce the ‘Luxe Dog’, a range of gourmet hot dogs available to eat in or take-away with Maille’s premium, seasonal mustard served fresh from the pump. Breakfast items, including egg & bacon rolls, toasted muffins and Eccles cakes will also be available ‘to-go’.

Visually, the most striking difference within the space will be four large copper tanks containing unpasteurised Pilsner Urquell, three of which will be positioned above the bar.

Pilsner Urquell will be delivering fresh unpasteurised Tank Beer from the brewery in the Czech Republic weekly.  Each tank will be opened in turn, providing the freshest pint.

HOP will also offer several different bottled and canned craft beers, as well as a boutique selection of wines on tap installed, supplied and maintained by OW Loeb & Co.

There will also be notable aesthetic changes within the space, with new flooring and tiled walls being installed – classic pub design motifs but in a modern space. The kitchen will be semi-open, creating an element of theatre and a front terrace will allow for outside seating.

The rebrand and refurbishment will also see the installation of a brand new kitchen, which will serve as the development kitchen for all Galvin sites.