After five years, Bistrot Bruno Loubet at the Zetter Hotel  is to  make way for a new restaurant venture, Grain Store Unleashed, which is a new venture from Bruno Loubet. The last food service at the Bistrot, which has been one of the area’s most popular and best regarded eateries and was featured in the Spring 2015 issue will be on April 6th. 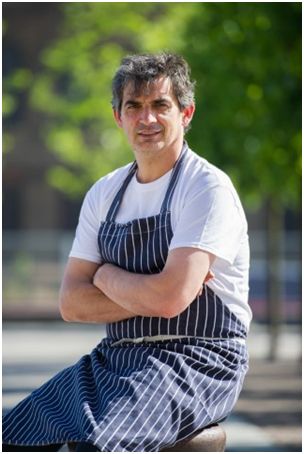 Grain Store Unleashed will open in its place at the Zetter a week later on April 13th, but for a limited period only. It is a concept that shares the same DNA as Bruno’s much-lauded Kings’s Cross Restaurant, so vegetables are very much the stars of the show.

Apparently Bruno will take an even more adventurous and experimental approach to dishes, allowing his culinary imagination to be “unleashed”!

Lunch at Grain Store Unleashed will feature a short selection of individually priced dishes while at dinner there will be a choice of three tasting menus. Bookings open online on 25th March at www.grainstoreunleashed.com.

Bruno says “I’m really excited to pursue this direction of cooking that I have enjoyed since opening Grain Store. We are going to take risks and show what is possible with vegetables. With Grain Store Unleashed I will take the Grain Store style of cooking to another level.”