Perhaps it takes a medical emergency to get to realise how good our local National Health Service hospitals and ambulance service can actually perform if needed.  Well perhaps not necessarily a major emergency, but certainly one sufficient to require an ambulance to deliver one to the nearest hospital with an appropriate A&E department. 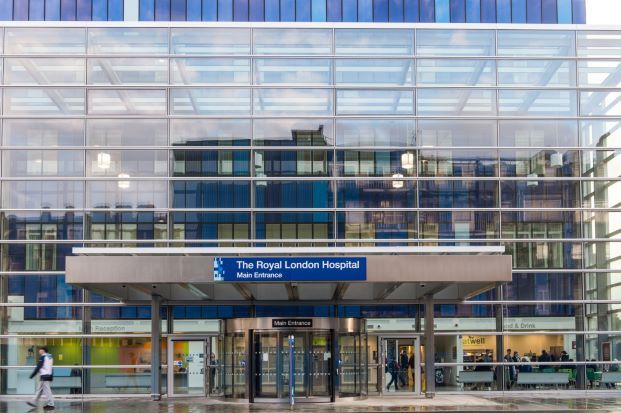 Your editor recently had such an emergency – a personally frightening experience when on waking found he had no muscle function at all in his left leg – the result of a minor stroke.  Luckily the lady who does some cleaning for me was in that morning so that when I collapsed on the floor at one stage and was unable to get up, she called for help from the CPAs, who were most helpful too, one of whom called an ambulance, which arrived within about five minutes.

The ambulance driver then checked whether he should deliver me to the Royal London in Whitechapel, or to UCH on Euston Road, and determined that the former was marginally closer.  Both of these have brand new state-of-the-art facilities and equipment and I have to say my processing, and rapid treatment at the Royal London by dedicated staff was exceptional and almost certainly contributed to things not deteriorating to perhaps a point of no return.

After a very short investigatory examination I was put under a CT scanner and a clot busting drug administered intravenously.  After a brief period for the drug to take effect I had a second CT scan to make sure things were progressing according to plan and then wheeled to a bed in a specialist stroke ward where I was kept overnight for observation.

By the following morning most muscle function had returned to my leg – apparently the quicker something like a minor stroke is treated the more likely one is to recover fully.  So the fact that I was able to be delivered rapidly to a hospital which had all the necessary equipment, and the staff to utilise it, was an imperative.  We may decry the closure of smaller local A&E units, but with state of the art equipment, like CT scanners, costing so much money, it seems to make sense to have fewer, but still relatively accessible, better equipped units to handle such emergencies.  The Royal London for example has four CT scanners usually available.

The Barbican’s local hospital, St Bartholomews, no longer takes A&E cases, but it now has different specialities such as the brand new high-tech cardiac unit mentioned in the last issue of Barbican Life which could well be very comforting for Barbican residents with heart disease.

While it may make sense to have private health insurance for routine operations and treatment in order to cut waiting times, it is hard to beat the NHS for emergency treatment, as NHS hospitals in general often have more up to date state of the art equipment and facilities than private sector hospitals.  We are certainly well served in our area.  One may moan about having to travel to Whitechapel for treatment at, or to visit, The Royal London, but for visitors and outpatients  it’s an easy short ride on the tube and for patient’s facilities and treatment at what is effectively a brand new hospital built in the old hospital grounds, it is absolutely first rate.  I write from personal experience.