Exhibition Preview :: Janet Wells’ takes us online for her quarterly review of the Arts, Gallery and Museum scene

I can’t pretend that these ways of accessing art works is the same as being there: It doesn’t allow you ownership, the connectivity: Here is the picture but you can’t get your nose up close to experience the soul. Perhaps we will be allowed out soon.

I came somewhat late to discovering Podcasts: The first was the BBC Brexitcast which came out in 2019 which then became Newscast: However, as time has gone on, I found that there’s a wide variety (on all subjects) out there -accessed through whatever internet device your prefer.

On Visual Arts: One that I favor is “Waldy and Bendy’s Adventures in Art”: Presenters Waldemar Januszczak – art critic and documentary producer and presenter and art historian Dr Bendor Grosvenor – known generally for the television program, “Britain’s Lost Masterpieces”. You can find the talks through Google; and if you type in ZCZ films Waldy and Bendy you will also find images of the art work they are discussing: Today, I have listened to Season 3 Episode 2 – which includes an insightful interview with Antony Gormley – who later Bendor Grosvenor describes as “ a Sage – a prophet like figure who talks so eloquently about art”: It is fascinating to learn directly from the artist, how the “Angel of the North” (1998) came about. Included topics in this particular episode: A terrible film they have watched on Frida Kahlo; A Fatimid ewer – carved from one piece of Rock Crystal – from the V&A; A Portrait of a young man holding a roundel (c1485) by Botticelli

Nothing Concrete is the Barbican Arts Centre’s Podcast: which came into being last May: If you weren’t able to view last year’s “Michael Clark’s Creative World” exhibition there is a talk with Richard Alston on Dance, and on Visual Arts with Sadie Coles.

Other Podcasts you might like to dip into: The Art Newspaper; The Art Angle; Art Juice; The Curious Art Podcast.

I have friends who are confident enough to wander into high end auction houses on preview day, to get a look at all those pieces that are momentarily, passing through – from one private collector to another: If you tend to feel unhappy to do that , the art historian, Andrew Graham Dixon has a tour on YouTube: He visited an exhibition mounted at Sotheby’s called “Rembrandt to Richter” and will talk you through each art object or painting with the added input from a Sotheby’s expert.

Every piece in this exhibition came from the same private collector – for a sale that took place in July 2020. We get to, briefly, see one of only three Rembrandt self-portraits left in private hands. Andrew Graham Dixon explains that the collection covers the Italian Renaissance and the Dutch Golden Age, it traverses the birth of Modernism, the European Avant- Garde and ends in Pop and post- modern abstraction.

The other day, I was reminded of ART UK: This is an amazing cataloguing of work that is accessible to everyone online: It brings the nations art together on one digital platform and tells the stories behind the art. The website shows works by 50,000 artists from more than 3.000 venues, including museums, universities and hospitals – as well as thousands of public sculptures. On this site discover the art you own.

Modern Art 20th Century is the public group available on Facebook: Not only do individuals share paintings of the greats but of excellent pieces of the lesser known. As a Lockdown hobby, a friend of mine grouped and filed, paintings on a theme: For instance: it is surprising how many artists have been compelled to capture the image of drying washing: As in “The Laundry” 1910 an impressionistic watercolour by John Singer Sargent. 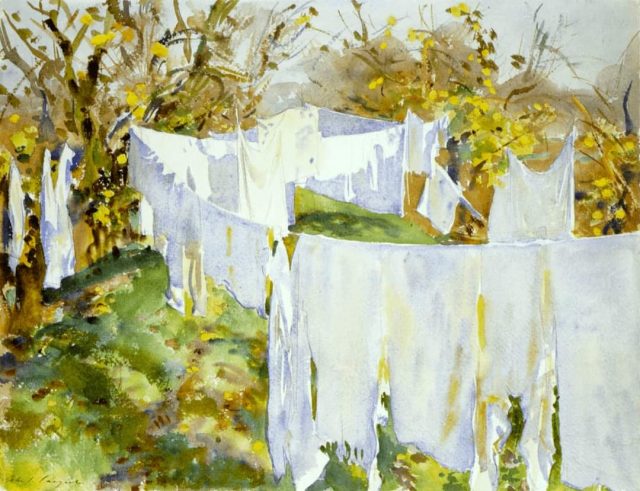 The Laundry – 1910 by John Singer Sargent

A Painting a Day and art.infinitus is on Instagram.

Virtual tours can while away an hour: 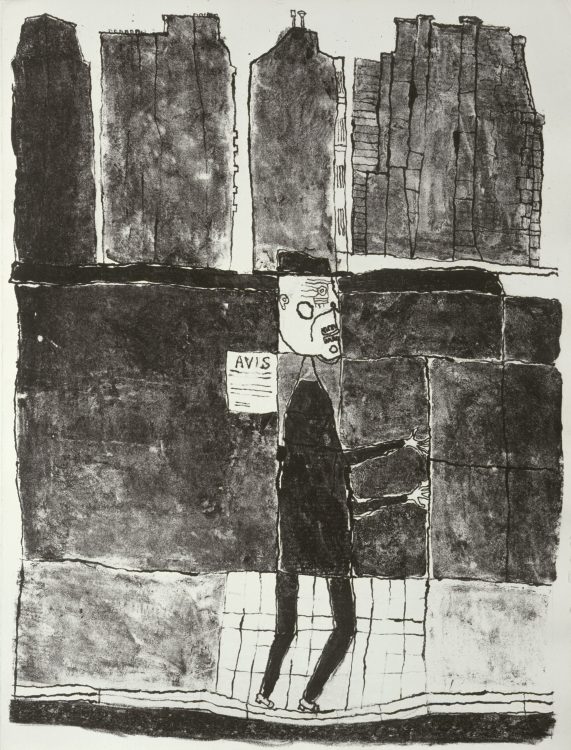 Dubuffet was born in Le Havre and moved to Paris was he was 17 to study at the Académie Julian. He became an idealist; embracing the so-called “low art” and eschewed traditional standards of beauty in favor of what he believed to be a more authentic and humanistic approach to image-making. 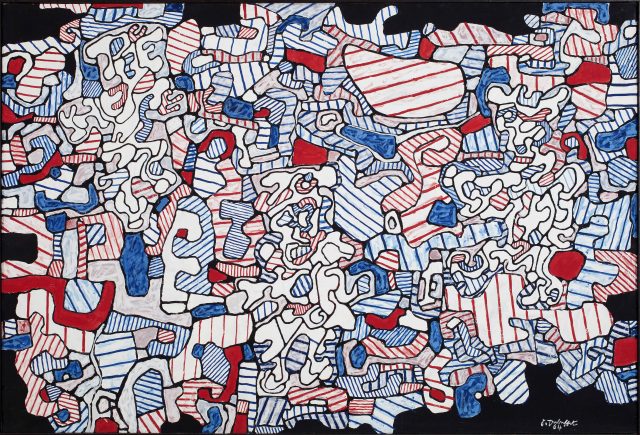 This is the first major UK exhibition of the work of this artist, in over 50 years. Jane Allison, Head of Visual Arts Barbican says:

I could not be more thrilled that we are staging Jean Dubuffet: Brutal Beauty, at the Barbican, where his sculpture, paintings, collage and drawings will feel perfectly at home. Dubuffet marveled at the fabric of everyday life – an alchemist experimenting with dust and dirt, conjuring visual gold. So many artists: from David Hockney, to Eva Hesse, Robert Smithson, and Jean-Michel Basquiat have been influenced by his playful spirit and experimental drive. I have no doubt that this exhibition, the first to show his work in the UK for over 50 years, will be an utter joy.

*At the time of writing and in terms of dates information is: “Following government guidance, the Barbican is currently closed to the public. The rescheduled dates for Jean Dubuffet: Brutal Beauty will be announced in due course”.