Wines and Much More Than Just Prosecco.

We Brits have been enjoying sparkling wines for centuries.  However, until the 1960’s, most sparkling wine, especially Champagne, tended to be beyond the means of the general public (except for special occasions). Then much cheaper sparkling wines started to pop up in shops and restaurants and a young generation partied on sparkling red ‘Lambrusco’ and Asti Spumante from Piedmont – both from Italy (although the quality was not good!).

Towards the end of the twentieth century in the UK, this all changed, fuelled by a big increase in interest in sparkling wines, which was responded to by winemakers in Italy (and other countries) who were getting their act together and producing increasingly good, relatively inexpensive sparkling wines.

By 2018 Prosecco (a wine almost unheard of until the 1990s) was outselling Champagne in both volume and value – and Prosecco had also been joined by dozens of other Italian sparklers, on the UK shelves. 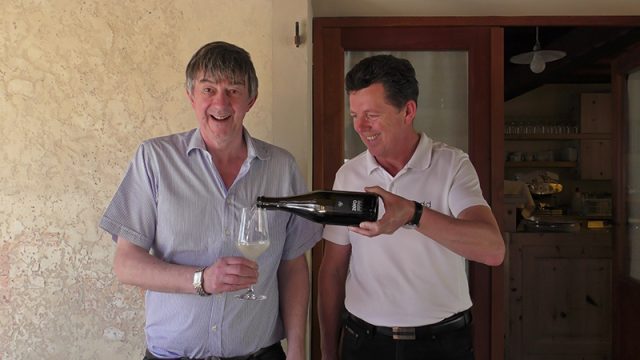 The first sparkling wines were made about 500 years ago by a very simple method. A still wine was made and bottled before all the sugar was used up (or extra sugar added), and fermentation continued in the bottle, causing the bubbles to be trapped. This process (Ancestral method) has largely been superceeded, but some family run wineries still make small volumes: Duca di Dolle, a lovely little winery in Rolle, Veneto make ‘Nino’ Prosecco which is dry, fruity and refreshing with some interesting bready notes.  A slight problem with this style is that it has a layer of dead yeast cells (sediment) at the bottom of the bottle. 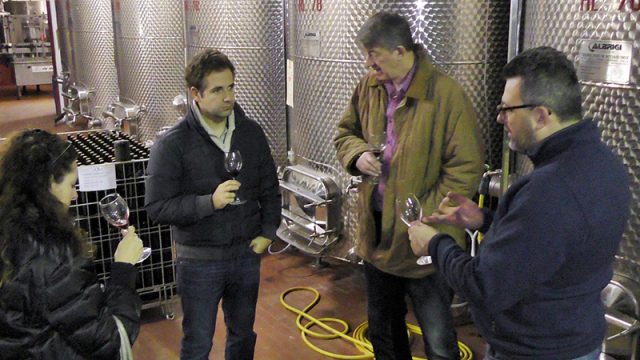 Modern tanks for refermentation of wine at Monsupello winery

Around 1700, the Champagne method was developed, also with secondary fermentation taking place in the bottle. However, this it is a much more complex process involving capping the bottle, storing it pointing downwards to collect the sediment in the bottle neck and then disgorging it and putting in the cork.  Then around 1900, Martinotti developed a process to create sparkling wine by carrying out the second fermentation in big steel tanks, which requires much less time and is a simpler and cheaper process and is now used to make  most Italian sparkling wine.

However, many Italian winemakers do use the Champagne method. In the 1950s a group of winemakers in Lombardy decided to make an Italian version of Champagne (the terrain and climate are similar to that of the Champagne region).  They were taught by the French how to make high quality sparkling wines using methode Champenoise (Italians call it metodo classico). Generally, the same grape varieties were used and so, typically rose (rosato) Franciacorta is made from Pinot Noir and white Franciacorta from Chardonnay blends. 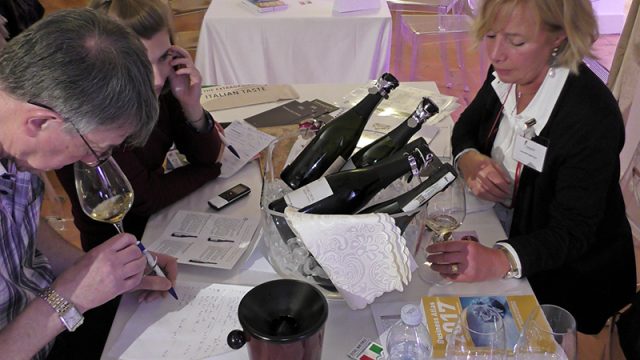 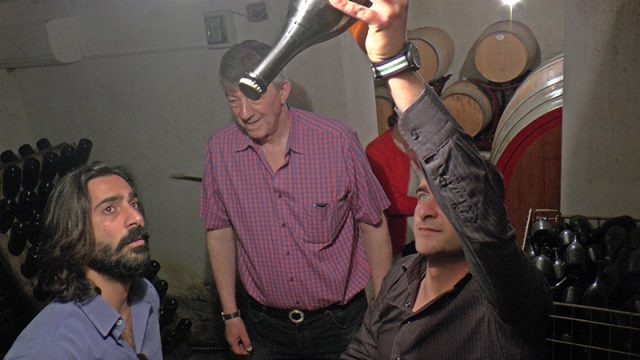 Good Franciacorta might be considered better than an average Champagne!  In another part of Lombardy, they have also adopted this method to make sparkling wines from Chardonnay, Pinot Noir etc, as for Franciacorta.  Some of our favourites are made by Maggi Francesco and Monsupello, an historic winery dating back to 1893 and still run by Carla Boatti an 80+ year old matriarch! 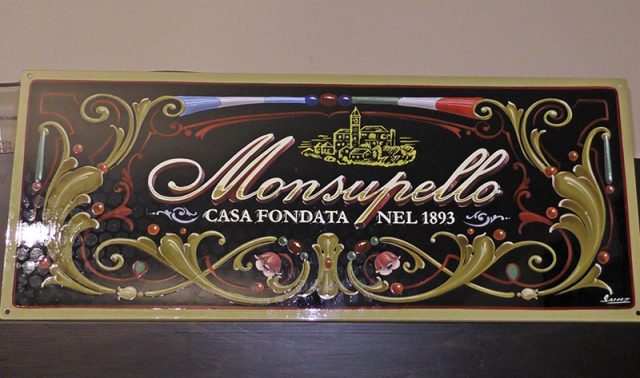 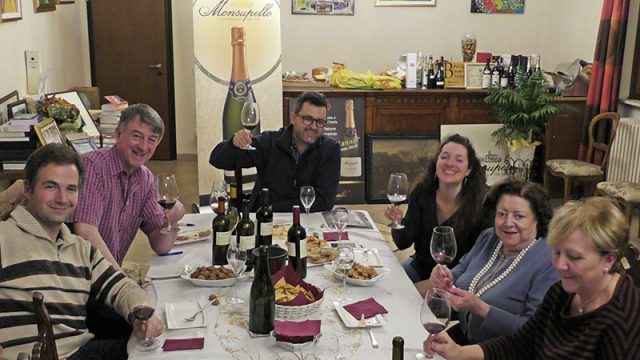 Other wine regions of Italy started to make metodo classico wines, but not necessarily from the traditional grapes of Champagne. One of the first metodo classico wines we came across in Italy was from a delightful organic winery in Campania: Fontana Reale. Winemaker Rino Corbo turns some of his local Aglianico (red) harvest into a rosato (pink) sparkling wine and some of his Falanghina into a white sparkling wine. These are both delicious and offer an interesting alternative to those would-be champagne wines. 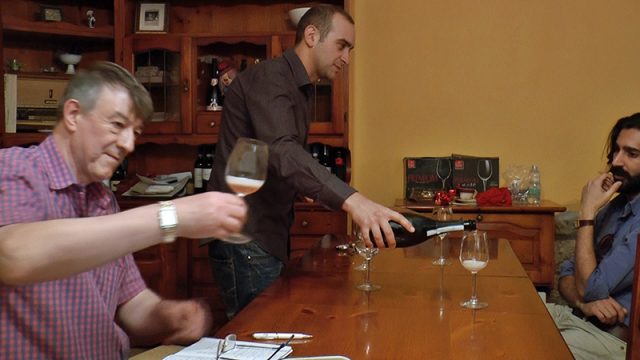 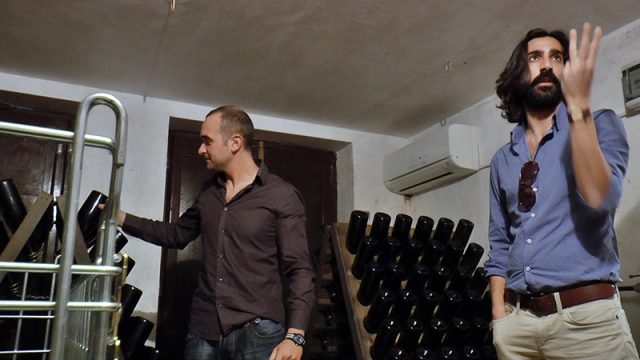 Having said that Prosecco (actually any tank-method wine) is relatively inexpensive, it comes in several quality grades. Generally speaking, very cheap examples come from large vineyards on flat ground at the bottom of the valleys, where it is easy to grow large quantities of grapes and harvest them using machines. The grapes tend to fill up with water and so the wines become dilute, rather flavourless and a bit sour.  Contrast this with the producers mentioned above, where the grapes are grown on steep hillsides (with good drainage, limiting water uptake), where virtually everything has to be done by hand. Production costs are massively higher, but the flavour and concentration are much better and the wine tastes of ripe fruit. The retail price reflects the difference in cost of production (and quality).

As a general rule, the length of the second fermentation determines how fizzy the wine becomes: the longer this takes, the higher the pressure will be (and the more fizzy). Whilst Champagne-style wines generally have softer bubbles, are more sophisticated and interesting, wines produced using the tank-method have the advantage of retaining more fruit flavours and keep the aroma better. More aromatic grape varieties such as Glera (Prosecco) and Riesling are very suited to this method.  Wineries such as Maggi Francesco also make sparkling wines using the tank method and use a range of grapes such as Riesling (white), Barbera and Croatina (red). 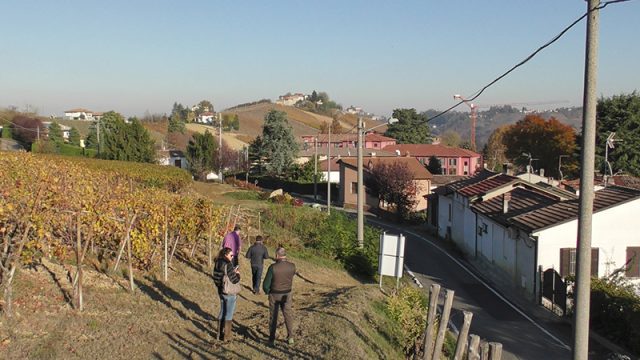 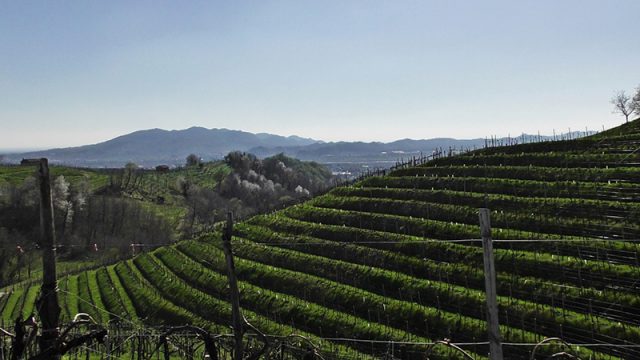 Steep terraces where Glera grapes are grown for Prosecco production

Just how sweet is it?

In the past, less dry styles such as ‘Extra Dry’ have been the most popular, but there has been a trend in recently for UK consumers to choose drier styles.

Over the past decade, there has been a general decline in the volume of consumption of grape wines in general, but this has been mainly in still wines: sparkling wines have fared much better.  However, whilst 2020 cannot be seen as a representative year (!) sales of sparkling have been depressed in 2019 and 2020, as younger consumers switched to beers and gin-based drinks.  When the hospitality industry (especially the weddings sector) returns to full vigour and pink Prosecco hits the shelves, then it will be easier to see if this trend continues or not.