Started 36 years ago by husband and wife team Michel and Pat Trouard-Riolle, the original Le Paris Grill is now in its 3rd incarnation on Crutched Friars, EC3 having previously been located on Bury Street and before that, London Wall.  Now run by the son, Christope Trouard-Riolle, the team have opened a second restaurant on Little Britain, near St Paul’s Cathedral. 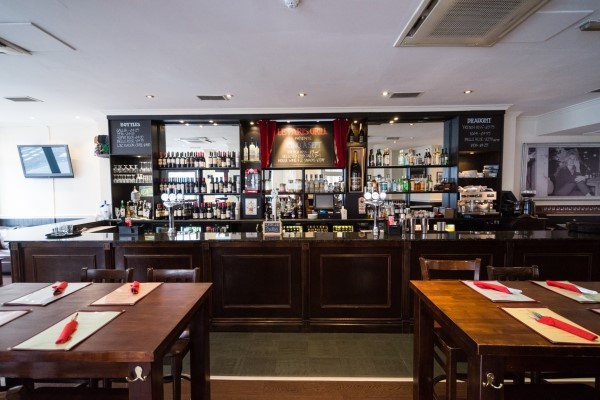 The spacious ground floor bar area has plenty of seating too.

The bar area on the ground floor has an assortment of different seating and tables with some sofas near the windows and offers lighter dishes, snacks and highly-regarded steak sandwiches. The staff have a tradition of disallowing ties if it is your birthday or if you misbehave. The chopping off of ties has continued to St Paul’s and the collection of trophy ties nailed to the walls has begun after what seems like a great Christmas season of functions and parties.

A second bar area downstairs (“la cave aux vins”) which has a cozy cellar feeling to it can be used for functions for up to 50 guests.

Le Paris Grill Restaurant downstairs serves grilled meats and French classics and is open for lunch from 12 till 3pm – Monday to Friday and for dinner from 5.30 till 9pm – Tuesday to Friday. 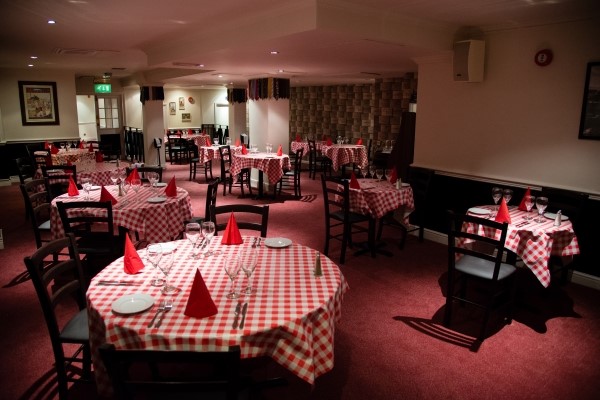 The restaurant has nicely spaced tables and a good French feel about it.

We had a late lunch here downstairs in the restaurant.  The restaurant is fairly new and was quiet when we visited, so word obviously has yet to get around about the venue.  Tables are well spaced with red check tablecloths giving it something of an upmarket bistro feel and this would make it a great place for a business lunch where one does not want to be overheard, of for a romantic dinner à deux.

The menu is fairly short but with a good range – according to reviews the quality of the food is generally good and the staff are both efficient and friendly. The wine list is small, but varied and is not just restricted to French wines.  Indeed of the reds the Argentinian Malbec has proved particularly popular and was not available on our visit having been too much in demand.  House wines start at what is nowadays a very reasonable £16 a bottle for both red and white – or £18 for a rosé.

Entrées range in price from £6.50 – £8.50.  We tried the selection of charcuterie – a grand portion and a good sharing size if you want to save yourselves for the main course.  And the soup of the day (pea soup) which was excellent. 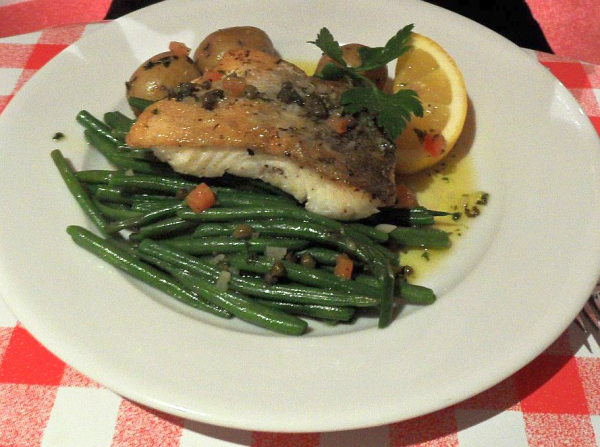 The pan roasted cod with its generous proportion of vegetables.

Mains are priced from £11.50 to £26.50 – plus a chateaubriand for two at £52.  Le Paris Grill is renowned for its steaks so my dining companion chose a medium rare rib eye (£22.50) with which he was a little disappointed in preparation and quality.  One hopes this was not the norm.   I chose the pan roasted cod, new potatoes, French beans and sauce vierge (£18.50) which was delicious with a very generous portion of vegetables alongside, so there is no need to order a separate portion of veggies.

Dessert selections are fairly limited.  As a favourite of mine, the Crème Brulée (£6) did not disappoint and I was only sad that I couldn’t take another home for a midnight snack!  My colleague chose the selection of French cheeses (£8.50) – a good selection of generously sized wedges which would have been easily enough for 2 or more to share – but there might be a fight over the excellent brie! 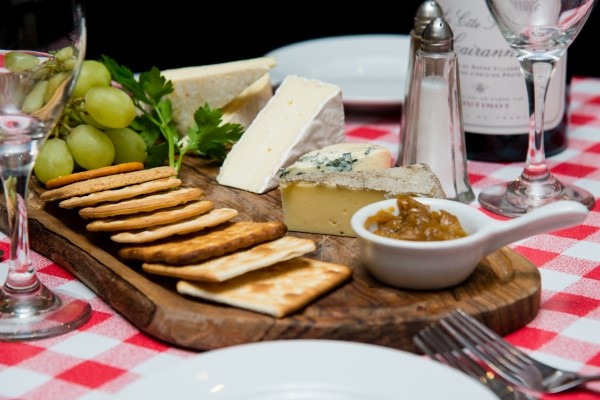 The generous platter of French cheeses

All desserts are also available on the Bar Menu upstairs.

Since The Paris Grill St Paul’s is not on general radar yet, I found the intimate private dining atmosphere very exclusive.  Sinking into the luxurious carpets on the way downstairs gave me a welcoming comfort on a chilly January weekday.  This is a good venue for romance or business.

The EC3 venue for Le Paris Grill is famous for its steak sandwiches on the bar food menu and they have brought over this gem to St Paul’s too.  The Le Paris Grill bar on the ground floor is open for food mid-day till 3pm Monday to Friday and offers a variety of bar snacks including a selection of sandwiches served with French fries up to a merguez style burger, with mint and cucumber yoghurt at £11,50 and the famous filet steak sandwich with mustard mayonnaise £12.50 as well as several sharing platters from £12.50 to £16.50.  It also has its own version of happy hour in its  “Cinq a Sept”, which runs from 5 to 7pm, and offers the restaurant’s own beer “French kiss” for £3 a pint, 2 for 1 on selected cocktails and a bottle of house wine & 2 snacks for £17.89.