The first ever London History Day is to be held on 31 May 2017, marking the anniversary of the day in 1869 when Big Ben began keeping time 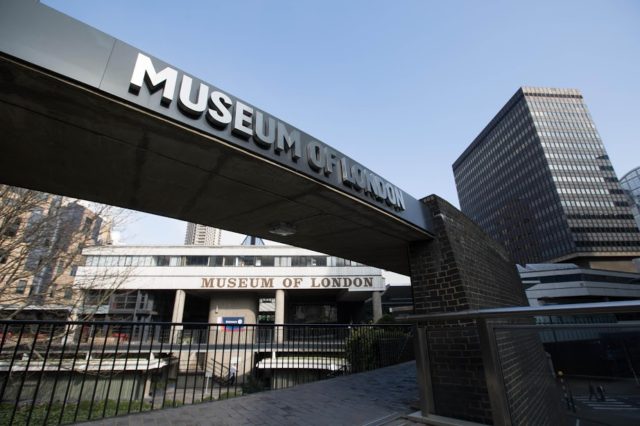 ·         The Mayor of London, Sadiq Khan, is encouraging all London primary schools to join in on Friday 26 May by going to school dressed as their favourite historic Londoner.

From Viking weapons and Roman coins found in the Thames to Sigmund Freud’s notebook; from Charles Dickens’ walking stick to the 1067 document that granted Londoners their rights and freedoms, Historic England and more than 40 of London’s museums and galleries are celebrating the first ever London History Day on Wednesday 31 May 2017.

Last year, Historic England polled Londoners about when they thought would be the best date for London History Day. The day when Big Ben first started keeping time in 1869 was chosen from a selection of 10 key moments in the city’s history, including when the Great Fire of London broke out and the date of the opening ceremony for the 2012 Olympic Games.

London History Day highlights the capital’s extraordinary history and heritage and is part of Historic England’s wider ‘Keep it London’ campaign which aims to get the public to notice, celebrate and speak up for the heritage in their city.

The capital’s museums, galleries and organisations are supporting London History Day by displaying rare or unusual London-related objects and staging special events and tours which give an insight into how London’s people and places have contributed to the city’s unique identity.

Duncan Wilson, Chief Executive of Historic England said: “It’s wonderful to see so many of London’s extraordinary museums, galleries and cultural organisations taking part in the first London History Day, and celebrating the people, places and objects that make London special. An awareness of our city’s special character keeps us strong in times of change and throughout this day, we are encouraging people to look afresh at the stories and places that help define our city’s diverse and rich heritage.”

The Mayor of London, Sadiq Khan, and Museum of London are supporting London History Day by encouraging all London primary schools to join in on the celebrations and go to school dressed as their favourite historic Londoner ,or member of a London community, through his London Curriculum programme. The London Curriculum uses the capital as inspiration to bring the national curriculum to life at key stages 2 and 3.  A full teaching resource is being made available to all primary school teachers across the capital to give their pupils the chance to take part in London History Day.

Sadiq Khan, London Mayor said: “London has been shaped by people from around the world for centuries who have made this city their home. London History Day is a fantastic way for all Londoners to celebrate our city’s amazing heritage and open spirit, and to learn about how the capital has become the hotbed of culture, invention and creativity that it is today. It promises to be an incredible day with a showcase of some of the city’s most treasured items on display across our world-leading museums, galleries and cultural institutions. I‎’m delighted that pupils from primary schools across our city will have the opportunity to immerse themselves in London History Day.”

Sharon Ament, Director of the Museum of London said: “We have endless passion for this great world city at the Museum of London – where every day is London History Day. We want to inspire such passion in all our visitors, but in particular, our ambition is to foster a fascination for history in all London schoolchildren. What better way to encourage them to be enthusiastic about their city than by dressing up as their favourite historic Londoners? After all, there’s nothing like stepping into somebody else’s shoes to get a better understanding.”

Among the many fascinating objects to go on display are ancient weapons, objects and coins discovered over the centuries in the River Thames at the British Museum, and rarities including Sigmund Freud’s green silk notebook containing a list of visitors to his Hampstead home from 1938 to 1939 at the Freud Museum.

Other highlights include: Charles Dickens’ walking stick which he always took with him on his countless journeys around the capital at the Charles Dickens Museum and ‘The William Charter’, which grants the City of London its rights and freedoms and dates back 950 years to 1067, at the London Metropolitan Archives.

Special events include a free talk about the history of the Elizabeth Tower in the Houses of Parliament,  a special talk on the Southbank Centre’s history and 1950s roots in London and an art workshop to make a model of a Saxon home at the Museum of London.

The event listings will be online from 1 May at www.HistoricEngland.org.uk/LondonHistoryDay

To find out more about London History Day in schools, visit www.london.gov.uk/LondonHistoryDay.