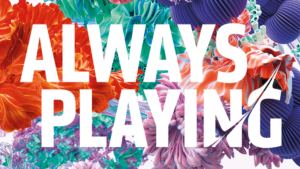 There were a number of significant highlights during the first three months of 2020 with Sir Simon Rattle leading the LSO’s celebration of Beethoven 250 with a series of concert performances of Beethoven’s relatively unknown oratorio Christ at the Mount Olives. The Orchestra and the London Symphony Chorus gripped audiences in London, Paris and Germany with this revelatory piece. The LSO also mounted its first full Symphonic Gospel concert with over 400 gospel singers from community choirs joining the orchestra in a celebratory evening of gospel music, led by André J Thomas a leading US specialist composer and conductor.

Following government guidance, the Barbican closed on 17 March. The London Symphony Orchestra’s 2019/20 Season in the Barbican was scheduled to run until 14 June with the BMW Classics Trafalgar Square free open air concert planned for 7 June; in all, 20 concerts will be lost. Likewise a full programme of lunchtime concerts, workshops, learning and community events at LSO St Luke’s due to continue until mid-July. The Orchestra’s overseas touring dates in France, Austria and the US, have been cancelled, and dates in Spain look likely to meet the same fate. All this, along with the commercial studio based sessions at a standstill, effectively means the musicians are out of work and the work of the staff team radically alerted. We remain hopeful that our summer plans for Opera and Music festivals across Europe will be realised in some form, if social distancing policies are relaxed.

To sustain an LSO presence at home and abroad we moved swiftly to establish an enhanced free digital programme, which is providing free-to-view archive concerts screened on YouTube, with LSO musicians, conductors and guest artists collaborating in generating new content to play out on this channel and other social media platforms.

In addition LSO Play is a free interactive and immersive web app, allowing the viewer to experience the LSO on stage – anytime, anywhere. On LSO Play there are masterclasses with LSO players, contextual information on the musical background and history of the repertoire, and resource packs for teachers.

The membership of the LSO are being assisted where appropriate to access all information available from the government concerning allowances for freelancers. This certainly is a big financial challenge as 60% of our Orchestra Members are not eligible for the current government support. There is a clear awareness that there are serious gaps in the current provision that are affecting the creative industries, and freelance musicians in particular – some of whom are small limited companies; some have a mix of PAYE and freelance income; and some simply fall outside the threshold by a small amount, and do not qualify for anything at all under the rules as currently drafted. The performing arts sector has been able to make this case to government, and will continue to do so as we move towards resuming activity in the months ahead.

It has been a period of upheaval for the staff team as over 60% have moved onto the government furlough scheme to enable the LSO to benefit from this financial investment in the Company. Remaining administration staff have seen a radical shift in how and what they are working on.

We all share the desire that the ‘fabulous institution’ that Sir Antonio Pappano described from the stage during the final applause before the closure struck, will not only survive, but emerge stronger from this dark period. With the continued support of our audiences, funders, government and the wider performing arts community I am confident this can be so.

Your continued support and advocacy is greatly appreciated in these unprecedented times. I do hope that you and your family stay safe and well.