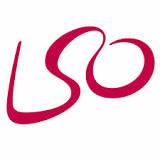 This autumn, the London Symphony Orchestra and LSO St Luke’s present family-friendly concerts for all generations to enjoy, including a number of events as part of the nationwide Family Arts Festival which runs from 17 October – 2 November.

The first event in the Festival is an LSO Discovery free lunchtime concert on Friday 17 October at LSO St Luke’s, 12.30pm. Singers from the Guildhall School of Music & Drama will perform songs by Schubert and Wagner in a relaxed and friendly 45-minute recital, introducing and talking through the pieces, and inviting questions from the audience. A week later, on Friday 24 October at 12.30pm, LSO St Luke’s hosts Musical Storytelling for under-5s. LSO musicians with early years practitioner and leader of Wigmore Hall’s Chamber Tots workshops John Webb will re-tell a popular children’s story using instruments, offering younger children the chance to sing and dance their way through the music.

Regular Barbican and LSO St Luke’s concerts are of course open to all, and may be of particular interest to families with children of 8+. Two such concerts are part of the LSO’s Family Arts Festival offering, and conveniently take place during October half term: on Thursday 30 October at 1pm, LSO St Luke’s hosts one its regular BBC Radio 3 Lunchtime Concerts featuring the Nash Ensemble performing string quintets by Bruch and Beethoven. This event is sure to inspire budding young string players. That same evening at the Barbican, the LSO performs Debussy’s Prélude à l’après midi d’un faune, Mozart’s Piano Concerto No 22 with soloist Mitsuko Uchida, and Brahms’ Symphony No 4, all under the baton of Bernard Haitink. The LSO gives more than 50 Barbican concerts each season; these events, particularly during school holidays, are perfect for families looking to introduce their children to a grown-up classical experience.

On Friday 31 October at LSO St Luke’s, 12.30pm, there is another LSO Discovery free lunchtime concert starring young singers from the Guildhall School. On this occasion, the performance will be hosted by award-winning presenter Rachel Leach, and the group will present well-known songs associated with World War I.  The next day, on Saturday 1 November, LSO Discovery will run a ground-breaking day-long project for families with children aged 8–11, at LSO St Luke’s. Inspired by Sally Beamish’s WWI commemorative commission Equal Voices, which has its world premiere from the LSO and Gianandrea Noseda at the Barbican on Sunday 2 November, the day takes World War I as its theme and explores, via the medium of music, aspects such as London in war-time and what happened to the LSO (founded in 1904) and its musicians during the First World War. Families will move around the heritage building, gathering stories, meeting LSO players such as Principal Flute and LSO archive expert Gareth Davies, and working with workshop leaders Rachel Leach and Tim Yealland towards creating a mini-opera for everyone to perform together at the end of the day. There is space for up to 120 participants (children and their adult guardians).

There is more on offer once the Family Arts Festival has ended, too. On Sunday 9 November at 2.30pm the Orchestra gives one of its well-loved and long-established Family Concerts at the Barbican, the theme this autumn being Heroes and Legends. Presenter Paul Rissmann, conductor Ben Gernon, the LSO and LSO Youth Choir will present the life and times of all sorts of heroic figures, from James Bond to Merlin, with music including extracts from Strauss’ Also Sprach Zarathustra and Mozart’s Marriage of Figaro. This concert offers children aged 7–12 the chance to get involved by bringing along their own instruments and/or singing along, and there are a number of free and paid-for creative workshops before the concert.

December brings an exciting one-off concert on Thursday 11 December at the Barbican, conducted by Hollywood blockbuster composer Alexandre Desplat. The LSO celebrates Desplat’s wonderfully immersive music with a selection of his best-loved film scores, including Harry Potter and the Deathly Hallows parts 1 & 2, Twilight: New Moon, Fantastic Mr Fox and many more. There is also a pre-concert talk with the composer which film fans may enjoy.

To round off 2014, on Sunday 14 December Simon Halsey, the LSO’s Choral Director, leads a celebration of Christmas with the LSO Brass Ensemble, London Symphony Chorus, LSO Community Choir and LSO Youth Choir. Families are invited to join in with traditional carols and enjoy a magical evening of seasonal favourites.

Sunday  9 November 2014 2.30pm, Barbican Hall
LSO Discovery Family Concert: Heroes and Legends
This family concert offers the chance for your children to get involved by bringing along their own instruments or singing along with the audience participation piece.

Pre-concert workshops: 10.30am -1pm
Get those creative juices flowing ready for the afternoon’s performance in exciting workshops based on the concert theme. You will get the chance to compose music alongside members of the LSO, as well as making your own props to take into the concert.
Tickets: £5 under-18s, £7 adults; open to Family Concert bookers only

Thursday 11 December 2014 7.30pm, Barbican Hall
LSO On Film: The Magic And Majesty of Alexandre Desplat
From The King’s Speech to the final adventures of Harry Potter, the LSO celebrates the wonderfully immersive music of one of Hollywood’s most sought-after film composers with a selection of his favourite scores, introduced and conducted by Alexandre Desplat himself.