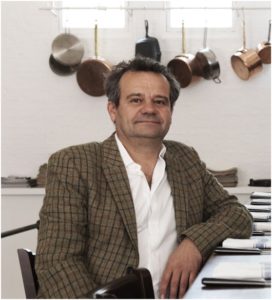 The game and native oyster season is upon us and aside from other great British ingredients like asparagus and strawberries and gull’s eggs, our native oyster and game bird season is probably the most significant of all amongst serious foodies.

I shoot game birds myself but not in an en masse, shoot everything in the sky kind of thing on these big driven shoots, which I find a tad shocking and irresponsible as most of the birds shot don’t really end up anywhere and get buried. I’m a believer in cook what you catch or shoot which makes the whole thing more sustainable and enjoyable. There’s nothing better than walking up on the grouse moors in Scotland with a dog or two and shoot the odd bird, or miss the odd bird as you take them by surprise and the pleasure of plucking and eating is a totally different experience.

I have an opinion on game birds too, the old fashioned way of hanging birds until they are high just doesn’t do it for me as all the birds then taste way too strong and lose their unique flavour and characteristics. I like to eat them fresh so you can taste their unique flavour and game birds aren’t cheap to buy so why would you hang them until they are almost rotten?

I often hear people saying to me that they don’t really like game and I know why, when they go on to tell me they have completely crucified it and left the poor little expensive grouse or partridge in the oven for way too long, when it should in fact only be cooked for about 15 minutes or it becomes a boring dry old bird.

At HIX Oyster & Chop House we celebrate the game season by giving the birds their own little section on the menu so you may well be ordering Grouse on toast as a starter and a Pheasant escalope with a fried egg and pickled walnuts as a main. I try to mix it up a bit throughout the season and as each bird comes into season show it off in it’s true glory – just simply roasted with maybe some parsnip crisps and a hedgerow jelly, then mix it up a bit as the season goes on with maybe a pheasant curry, broths and interesting salads.

Native oysters on the other hand need no more doing to them than simply opening and serving. For me the difference in native oysters and various types of rock oysters is that their unique concentrated flavour of the sea needs no lemon and certainly no Tabasco whereas the various rock oysters we serve from oyster fisheries around the British Isles will take a little citrus or hot pepper. Even a Japanese ponzu spiked with ginger, chilli and coriander works as their flavour is less unique and intense. Whatever way, both game and oysters are a good example of celebrating true Britishness and of course something that’s really sustainable.

When I first opened Hix Oyster & Chop House in Smithfield 9 years ago, not a lot of people were serving at least 5 different UK oysters but I think these days more and more people are choosing British over imported oysters and the great thing for me having a selection is that they all have their own fine characteristics from salty to creamy and some have a pleasant mineral tang to them.

A selection of British regional oysters followed by a game bird is a great thing so come and celebrate.

Grouse is traditionally served with bread sauce, browned breadcrumbs and a good, simple gravy, with game chips made of potato and cut on a mandolin slicer. I quite like serving them with parsnip chips, which I simply cut lengthways on a mandolin with the skin on before deep frying.

Other great accompaniments are either Rowan or redcurrant jelly, or any homemade hedgerow jelly. 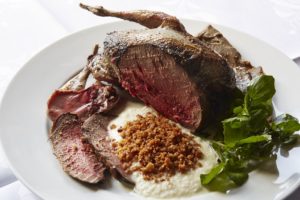