BBC TWO’s The Fifteen Billion Pound Railway returns for a second series on 22 May at 9pm to follow the construction of the Elizabeth line under London. 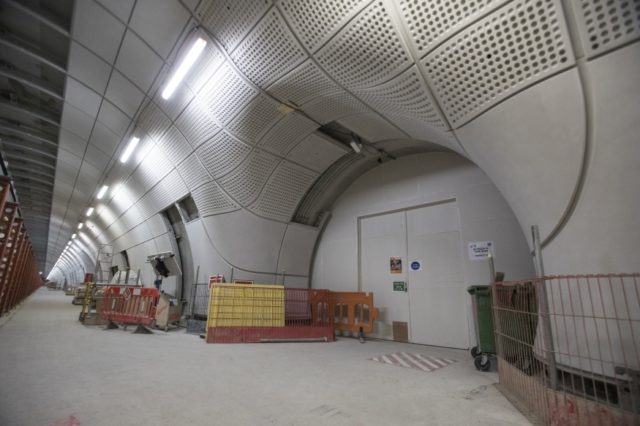 The first series of The Fifteen Billion Pound Railway aired in July 2014 and followed workers as they tunnelled under London, re-built the Victorian Connaught Tunnel in the Royal Docks and constructed the cathedral-sized new station at Canary Wharf. The popularity of the first series led to BBC TWO commissioning a second series.

The first episode in series two follows workers as they complete 26 miles of tunnels, install permanent track under the Barbican, construct the new ticket hall at Whitechapel and welcome Her Majesty the Queen to Bond Street. The episode also follows archaeologists as they uncover a Roman road at Liverpool Street.

Episode two looks at the construction of the new stations at Tottenham Court Road and Paddington, the design heritage of London’s transport network and visits Bombardier Transportation in Derby with Transport for London where the new state-of-the art Elizabeth line trains are being manufactured.

The Fifteen Billion Pound Railway was produced by Windfall Films for the BBC and the Open University. Lee Reading is the Series Producer & Director and Carlo Massarella is Executive Producer.

The route will pass through 40 stations from Reading and Heathrow in the west, through new twin-bore 21 km tunnels to Shenfield and Abbey Wood in the east. The Transport for London (TfL) run railway will be named the Elizabeth line when services through central London open in December 2018. The Crossrail project is being delivered by Crossrail Limited, a wholly owned subsidiary of TfL, and is jointly sponsored by the Department for Transport and TfL.