The City of London Police recently launched a new policing model, which includes dedicated officers for certain areas of the City, one of which includes the Barbican.  Tom Keating explains the improvements.

As part of the City of London Police’s key ambition to ensure the Square Mile remains one of the safest cities in the world, the Local Policing strand of the Transform Programme has recently launched a new, enhanced neighbourhood policing model known as ‘Sector Policing’.

The decision to adopt this new model was taken with careful consideration, to ensure that it would demonstrably benefit our communities, including visitors, residents and businesses. As part of this, the force evaluated the successes and challenges experienced by other constabularies which have introduced similar models. 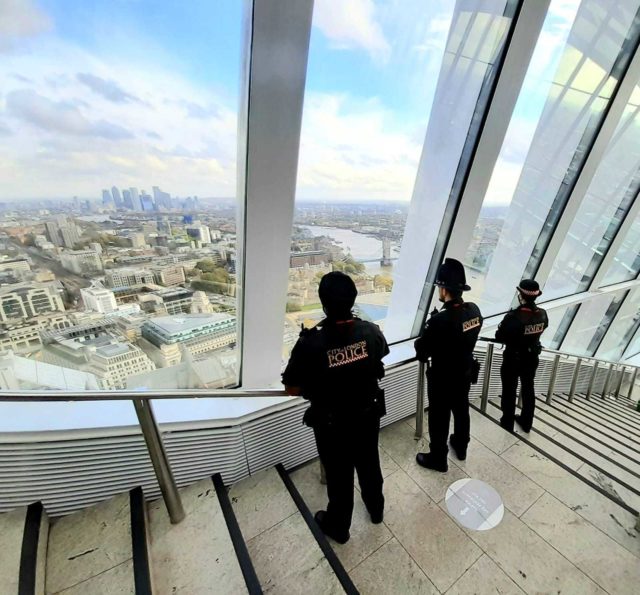 Some of the key benefits include:

The City has been split into two ‘Sectors’, East and West, with a senior leader responsible for each sector. The Sectors are broken down further into three ‘clusters’ comprised of several, smaller wards. Every cluster will have its own Dedicated Ward Officers (DWO), responsible for their areas,  leading on the policing response to, and management of, crime and disorder in that area and being the main point of contact for visitors, residents and businesses. DWOs will also provide a consistent approach to long-term problems.

This model is designed with the local community in mind, giving residents and businesses a single point of contact for their area. It will also help the force’s response to live-crime, as well as long-term issues and emerging threats specific to each area. 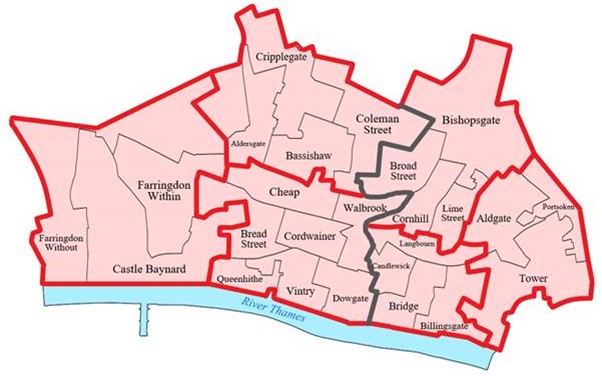 The East/West split is based on geography and topography, crime data, locations of licensed premises, crowded places, operation order (events) data from the past two years as well as anticipated future demand from new builds within the city

DWOs will also engage with their respective Alderman, businesses, residents, visitors to the City, Independent Advisory Groups and other appropriate existing forums. This engagement will help work towards the force’s priorities, which include alcohol and drugs, vulnerable people (mental health) and places, young people, hate crime and schools and youth engagement. The priorities for each ward are dynamic and can be changed, depending on current issues.

Local communities will have contact information for their DWOs. 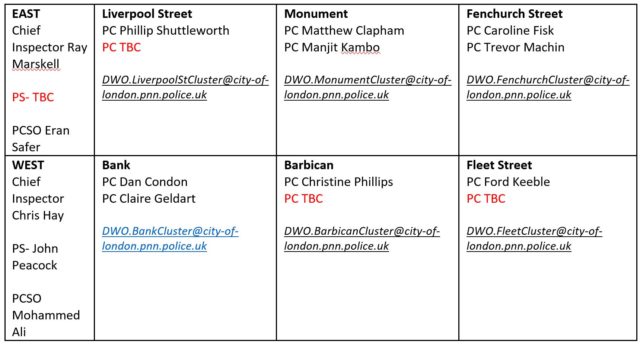