Save the date – OLD FOOLS by Tristan Bernays

Save the date – OLD FOOLS by Tristan Bernays 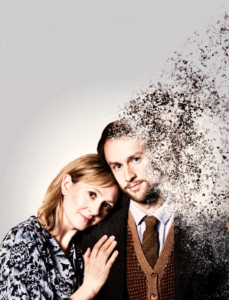 The world premiere of OLD FOOLS
by Tristan Bernays

It’s the world premiere of the new play by Tristan Bernays whose show Boudica, starring Gina Mckee, was a storming success at Shakespeare’s globe last summer.

It’s the touching tale of a relationship, seen through the lens of Alzheimer’s.

Casting is announced for the world premiere of Old Fools by Tristan Bernays, a surprising, touching and often humorous tale about a couple, one of whom is living with Alzheimer’s, and their enduring efforts to hold their relationship together through the years.
Bernays’ first play to be staged in London since the storming success of Boudica, starring Gina McKee, at Shakespeare’s Globe in 2017, Old Fools is the story of Tom and Viv, their love and the life they’ve shared together – from first spark to dying light. But not necessarily in that order,
It will get its world premiere, directed by Sharon Burrell, at Southwark Playhouse from Wednesday 14 March – Saturday 7 April.
Press night is Thursday 15 March at 8.00pm.

Mark Arends (Tom) played the title role in Hamlet, receiving a commendation in the Ian Charleson Awards, directed by Kelly Hunter at Trafalgar Studios. He has appeared at the National Theatre (A Dream Play, The UN Inspector, The Cat in the Hat, the Beast in Beauty and the Beast), The Royal Shakespeare Company (Two Gentlemen of Verona), The Royal Court (Early Bird) and Almeida (Winston Smith, in 1984 and Marianne Dreams).

Frances Grey (Viv) recently played Hermione in The Winter’s Tale (Lyceum Theatre). For the National Theatre of Scotland she was in Reveal: Somersaults and Caledonia. She was in Alan Aykbourn’s Neighbourhood Watch (Tricyle) and Dear Uncle (UK tour and New York), Relocated (Royal Court Theatre) and Platonov (Almeida). On TV she was DS Kate Beauchamp in all three series of Messiah. She will next be seen as Lydia Gould in BBC1’s adaptation of Agatha Christie’s Ordeal By Innocence.
Tristan Bernays said: “My grandpa had Alzheimer’s and my biggest fear about growing old is the same may happen to me. We all know somone who’s been affected by Alzheimer’s or another form of dementia. Maybe it will happen to us one day. I wrote Old Fools to confront this fear head on – yes, it’s a play about the disease, but more importantly it’s about the people behind the disease. How we cope when someone we love disappears little by little. How we must never forget the wonderful person they once were – even if they are not there any more.”
Tristan Bernays’ 1950s musical Teddy also premiered at Southwark Playhouse and won Best New Musical at the Off West End Awards 2016.
Movement Director – Lucie Pankhurst, Lighting Designer – Peter Small, Sound Designer/Composer – Christopher James Ash, Casting Director – Sophie Parrott.
Produced by To The Moon and Making Productions.

Tristan Bernays (Writer)
Tristan Bernays is an award-winning writer and performer.
His work has been performed at Shakespeare’s Globe, Soho Theatre, Southwark Playhouse, Bush Theatre, National Theatre Studio and Round House.
Boudica was performed at Shakespeare’s Globe in September 2017 as part of Emma Rice’s “Summer of Love” season, with Gina McKee in the title role.

“A play that…holds the stage with confidence….Bernays drives the story forward with great skill”
4* The Guardian

“A thrilling, challenging and thoroughly disturbing examination of one of Britain’s bloodiest patriots”
4* WhatsOnStage

His one-man show The Bread & The Beer received rave reviews at Edinburgh Festival 2013. He adapted Frankenstein for The Watermill Theatre, and it transferred to Wiltons’ Music Hall.

He performed in his own brand new play Testament at VAULT Festival 2017, where it won the Show Of The Week, and there are plans to transfer the show in 2018.

He was a member of the Bush Theatre’s Emerging Writers Group.

Sharon Burrell (Director)
Sharon trained as a theatre director at CityLit under the tutelage of award-winning playwright and director Simon Bowen. In 2014 she was selected for Springboard, a training programme run by the Young Vic’s Directors Network. Participating directors included Natalie Abrahami, Mike Longhurst, Ian Rickson, John Tiffany, Lyndsey Turner and Theatre O. Other practical experience includes workshopping with Frantic Assembly.
As a producer she trained with Stage One and founded To The Moon in 2012.
Sharon’s directing work includes Claustrophobia by Jason Hewitt at the Hope Theatre and Edinburgh Fringe Festival (“a master of minimalist stagecraft” – The Scotsman); The Helen Project (WOW Festival, Southbank Centre); The Merchant of Venice (Goodmann Productions, Courtyard Theatre) which received praise for featuring a female Shylock. She has directed several shorts at venues including Park Theatre, St James Studio, Southwark Playhouse and Arcola Theatre. She has also assistant directed on A Christmas Carol and The Last Days of Judas Iscariot at the John Lyon Theatre. She was one of the devisers of To The Moon’s first production, Silent Shakespeare, as well as producer.

To The Moon (Producer)
Founded by Sharon Burrell in 2012, To The Moon is the resident new writing company at The Canvas in Shoreditch. Their first full-length production, Claustrophobia, by internationally acclaimed playwright and novelist Jason Hewitt, debuted at the Edinburgh Fringe before transferring to the Hope Theatre. In 2017 they produced five female solo shows across London, Bristol and Edinburgh.

Making Productions (Producer)
Making Productions was created by Darren Murphy to produce bold new plays and existing work in new and exciting ways to engage and entertain our audiences. Combining newly discovered talent with experienced collaborators, partner organisations and other producers the aim is to extend the scope of creativity in the theatre. Darren is passionate about exploring relevant and current work for education and community organisations for the betterment of all. The Company is unique in its practice by championing ethnic, LGBT and female creatives.