Start early and take a good look before you select

This year has been a strange year for us all, including applying for secondary schools. As we have just gone through the process of applying for a secondary school for our daughter (and also previously for our son, a number of years ago) we were asked to share our experiences as it might be interesting to other parents.

We also observed that there was more choice of schools for girls (within an easy commute to the Barbican) than for boys. 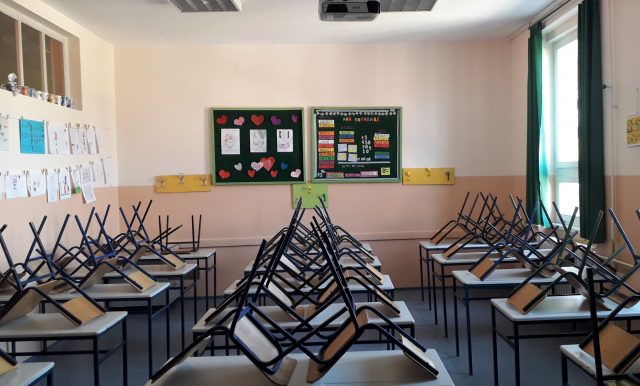 With the benefit of hindsight, I would encourage you to visit secondary schools a couple of years ahead of your child needing to apply. We had attempted to do this but we didn’t quite get around to visiting all the schools. Whilst we had planned to visit some of the remaining schools at the customary time in 2020, many of them were not able to conduct physical tours as a result of COVID-19 restrictions (which was understandable).

Consequently, both schools and parents had to be flexible in how they ‘visited’ and ‘toured’ a school. ‘Virtual tours’ were the measure of the day, which generally involved a speech from the Headmaster, student perspectives and also a virtual tour of the school. Whilst appreciating the need for this (as we were in various forms of lock down), visiting a school virtually isn’t quite the same as a physical tour. Understandably, a school will want to showcase themselves in the best light and will typically only show you the ‘best bits’. What you can’t gain from a virtual tour is the ambience of the school, how well maintained it is, how big are the rooms and the facilities, do the children look happy and the ability to ask your tour guide (the children) for their honest view on the school etc.

Independent schools have also had to make interesting decisions on when and how to conduct their 11+ exams. Some chose to bring forward their exams in November / December 2020 and had the children sit this at the prospective schools or at an alternate venue. Others chose to use electronic exam formats, such as the ISEB, that could actually be administered at their existing primary school (and preserving bubbles). With hindsight, the remaining schools that had stuck to their original timetables suffered as a result of new lockdown requirements. In the end, some of these schools did not conduct full tests but rather put more weight on interviews, school reports and a series of questions. Impressively, one of these schools demonstrated agility, by organising and hosting a Zoom test in a short space of time. Some of the more progressive independent schools put on a series of ‘post-offer’ Virtual Events. This included such topics as ‘The Academic Trajectory’, ‘Stem for Girls’, ‘How to manoeuvre a healthy and happy transition between Primary School and Secondary School’ etc. Others had taster classes and also science lessons.

As a result of the Pandemic, we ended up choosing a school without having visited it in person (and haven’t visited in person). Whilst we can tell you what the school looks like from the outside, there is only so much you can garner from that.

To help with our decision, we are very grateful to the parents and students from the Barbican community that were happy to speak to us regarding the various schools. Followed a post on Barbican Talk we were able to gain useful insights and perspectives on the schools. We were also fortunate in being able to speak to a couple of pupils that had just completed A levels at the schools we were contemplating. Following these discussions, we felt much more informed in making our decision.

Finding a secondary school for your child can be daunting, particularly if you are not familiar with the schools or secondary school education in the UK. Doing your research helps as well as speaking to parents and children on their experience of the school. When selecting a school however, it is important to understand the ethos and principles of the school as well as the priorities of you and your child – is it sports, the arts, the academics etc? In addition, with many children travelling independently to school now for secondary school, one thing that shouldn’t be understated is the travel time. Long journeys mean that it is more difficult to be part of the school community, your child is less likely to participate in after school clubs and also friends from school are likely to be less local to you.

To all the prospective secondary school parents out there, all the best with your search for a school ! 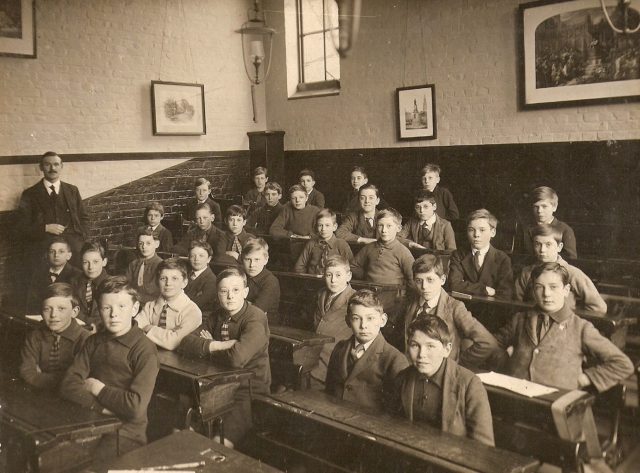 School in the south of England in the 1920s by an unknown photographer, Public domain, via Wikimedia Commons