To mark the 400th anniversary of William Shakespeare’s death, City Cruises will be treating passengers on the Thames Circular cruise to spontaneous performances to celebrate the famous English playwright, poet and actor. Running throughout April, actors will take to the Thames to entertain passengers with renditions of each and every one of his plays. 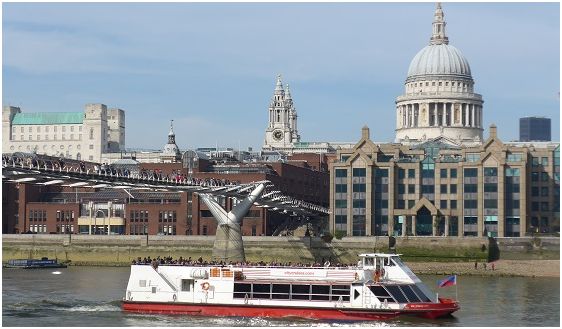 The sightseeing cruises, departing from Bankside next to the Globe Theatre, will be filled with sonnets, sketches and scenes, including a montage of Shakespeare’s insults, a scene built of insults from a variety of plays including Winter’s Tale and Much Ado About Nothing. The performers will demonstrate how regularly we use Shakespearean language in our lives and re-enact the story of Hamlet in just five minutes, with audience participation encouraged.

The daily trips will transport guests to the Shakespearean stage, as actors wander the boat performing snippets from his most celebrated works. Relive Romeo and Juliet, take part in The Tempest and mingle with Macbeth as the boat sails past London’s most famous landmarks, from Big Ben and the Houses of Parliament, to Shakespeare’s Globe and St. Paul’s Cathedral.

For those whose memories of Shakespeare remain in the classroom, these cruises have something for everyone, just As You Like It.

The 50 minute Shakespeare cruise will feature on five daily departures from Bankside Pier, located next to Shakespeare’s Globe, and will run from 11.15am – 4.15pm (excluding 2.15pm).

City Cruises plc reckons to be the leading operator of passenger services on the River Thames, carrying in excess of three million passengers annually on its extensive sightseeing, entertainment and charter services.

City Cruises has been in operation since 1985. It has a fleet of 20 river vessels, operating on the Thames as sightseeing boats and in Poole as a coastal cruise operation. Visit: www.citycruises.com, www.thamesjet.com and www.citycruisespoole.com.