Restaurant focused charity, StreetSmart, while perhaps not based in the Barbican does have one half of its executive management team living here.  The charity makes its money through adding a mere £1 to participating restaurant bills during November and December, and the proceeds are then distributed to local homeless charities.  A number of local restaurants do participate, including Gin Joint by Searcys in the Barbican itself, The Jugged Hare and Chiswell Street Dining Rooms which are really close by.  We published a listing of participating local restaurants in our December issue.  With all admin costs paid by Deutsche Bank, the money gained from the participating restaurants over the 2-month period, is able to go totally to the deserving local charities. 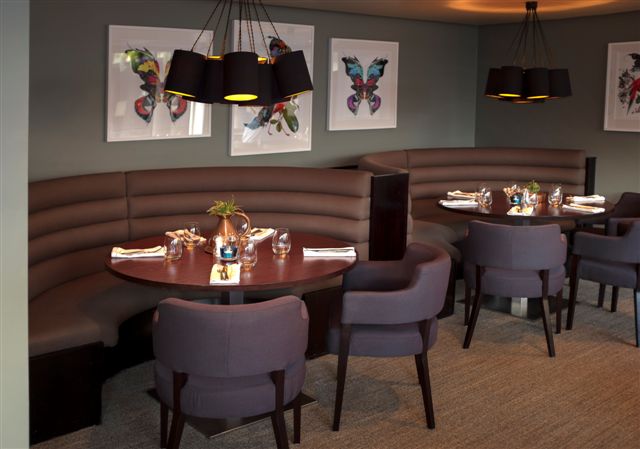 StreetSmart has thus just announced its latest fundraising total of £610,000 collected from 580 participating restaurants and hotels, but notes that a new report says homelessness has increased for three consecutive years, thanks in part to housing shortages and changes to the benefit system. The research, by the Joseph Rowntree Foundation and Crisis, also found that almost one in 10 people experience homelessness at some point in their life, with one in 50 experiencing it in the last five years.

CentrePoint estimates the number of young people that experience homelessness at 80,000 per year in England. Fifty per cent of StreetSmart funding is directed towards preventative programmes for 16-24 year olds, helping them with accommodation, health care, education, employment and training. Targeting support for young people is part of sponsor, Deutsche Bank’s, youth engagement programme, Born to Be which aims to reach 160,000 young people over 4 years.

StreetSmart – continues to be supported by high profile celebrities, chefs and restaurants UK-wide holding 47 Michelin Stars and 376 AA Rosettes between them. We counted more than 50 restaurants relatively close by the Barbican which contribute including the Michelin starred Angler, Club Gascon and St. John.

“Every year StreetSmart grows as more and more restaurants catch onto the simplicity and splendour of the idea.  Britain is enriched by the quality of its restaurants, and now the restaurateur, chefs and their patrons are helping to enrich the lives of those caught in the misery of homelessness.”

Sister campaign, SleepSmart, saw a substantial boost in donations in 2013 with top hotels such as Claridges and the Jumeirah Carlton joining the scheme, alongside loyal regulars such as The Landmark, The Andaz, Lancaster London and the Park Plaza Group.

StreetSmart’s 9 year partnership with Deutsche Bank has been crucial to the campaign’s success, ensuring diners and hotel guests know all costs have been covered, so that every penny of each £1 donated goes straight to charity. Last year Deutsche Bank launched its youth engagement programme, Born to Be, aimed at breaking the cycle of youth unemployment. As a result, over half of StreetSmart’s fundraising will support preventative and youth-focused projects aiming to end homelessness before it begins.

StreetSmart provides funding for projects through small grants (usually £5,000 – £20,000) that aim to help homeless people rebuild their lives. A portion of the funds raised are spent on emergency needs for rough sleepers including winter shelters, food and clothing provision, but funding also addresses the root issues of homelessness by focusing on physical and mental health, employability and sustainable independent living.

Springboard runs an intensive educational programme for homeless and disadvantaged young people aged between 16 and 24. The programme gives them the skills and confidence they need to secure sustainable employment in the hospitality, leisure and tourism industries. Many of the students are referred to the programme by homeless agencies. Both pre and post-employment aftercare is provided for as long as the young people need it. StreetSmart’s grant in 2013 provided a 5-week course, a 4-week work placement and six months mentoring support for 25 individuals.

DePaul UK’s Nightstop Project provides emergency accommodation for 16-25 year olds in the homes of trained and vetted volunteers on a one night at a time basis. It also provides an education and outreach programme in local schools, aiming to create awareness and prevent youth homelessness. The scheme operates across the five boroughs of Greenwich, Lewisham, Southwark, Bromley and Westminster. StreetSmart’s grant helps fund the delivery and development of the service which in six months provided 762 bednights to 98 young people.

A full list of the participating restaurants and hotels, homeless projects funded and partners supporting StreetSmart can be found at www.streetsmart.org.uk