Support Just Around the Corner

Support Just Around the Corner 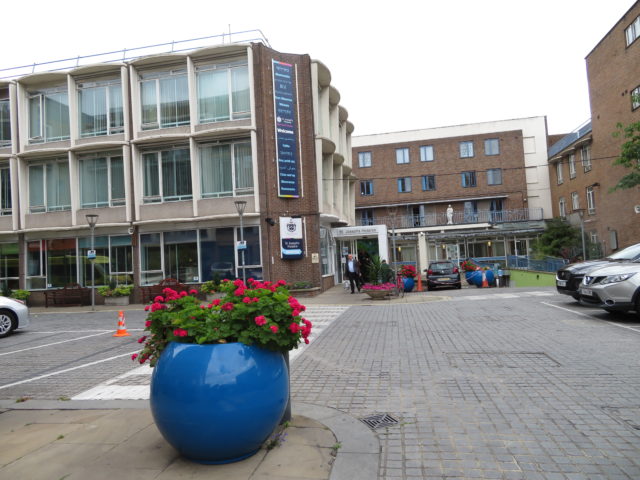 St Joseph’s Hospice, located in Mare Street, Hackney, may be familiar to some Barbican residents either through visiting relatives and friends who have received support from the multi-faith hospice, or benefitting themselves from the services and support offered.  Others may not be aware of the work and activities of our local hospice.   It supports people in east and north east London, including those from the Barbican and Golden Lane.

The Hospice was established in Cambridge Lodge, Mare Street.  The Cambridge Lodge Estate had comprised a house, a garden and a cul-de-sac of six villas built in 1856 by Marmaduke Matthews.  William and Catherine Booth lived there for three years from 1865 – at the time that they founded The Salvation Army.

St Joseph’s Hospice was originally set up at the instigation of Father Peter Gallwey, Rector of Farm Street Jesuit Mission, in order to help the destitute of East London.  The Rector had the support of the Archbishop of Westminster and Miss Grace Goldsmid who was originally Jewish but a new convert to the Roman Catholic Church and who in 1899 provided a gift of £300 a year. This gift from Grace Goldsmid was used to finance a group of five Sisters of Charity who in 1903 came from Dublin to work in Hackney.  The Sisters had themselves endured much hardship.  When Cambridge Lodge came up for sale it was purchased by an anonymous buyer for £10,000 and the entire estate was presented to the Sisters for a hospice for the dying.  It was handed over to the Sisters on the 25th March 1904 and after it had been re-decorated it was opened in January 1905 and from then on it has expanded.

Each year the hospice cares for over 3,700 patients including 500 in the hospice and others in their own homes.  There are approximately 300 staff employed, supported by around 650 volunteers helping provide the services which are free of charge.  Patients can be referred by their doctor, hospital or relatives, and the respite care offered gives carers a much-needed break.

The hospice has two wards in which there are one and four-bed units, together with family rooms and tea/coffee making facilities.  Patients receive both palliative and respite care, with doctors and nurses specially trained in end of life care along with physio, speech and occupational therapists.  Volunteers provide further support with visits, hairstylists, manicurists and beauty therapy, and some patients take up the opportunity to have Reiki and massage.  A drinks trolley visits the ward in the early evening (for the benefit of the patients rather than their visitors!).   One of the two wards is for patients receiving short-stay respite care.  Due to the increasing number of patients with dementia, work is under way to ensure the refurbished Lourdes Ward is a dementia-friendly environment.  Along with Lourdes Ward, there is now am award-winning programme called Namaste Care, run by hospice staff and specially trained volunteers, whose aim is to provide good quality care for those with advanced dementia.  Additionally, a Community Palliative Care Team supports over 1,500 people in their own homes.

There is also a day hospice where patients can attend for therapies, counselling, art and craft sessions, singing, a group gym and social events.  The four bereavement teams, made up largely by volunteers, provide support including one-to-one counselling and befriending.

Beyond the Reception on the ground floor there is a large open plan area known as The Community Hub with a coffee bar and seating.  Events held there include fundraising, therapies, regular jumble sales on Fridays, and nearby there is an in-house restaurant catering for staff and visitors,  The Education Room and Garden Room are also available to rent to community-based organisations for their meetings, events and workshops and there is a children’s nursery located in the premises, all contributing to St Joseph’s funds.  There is an award-winning garden surrounding the hospice building giving outdoor space for both patients and visitors.  The garden is included in the annual London Open Garden Squares Weekend. 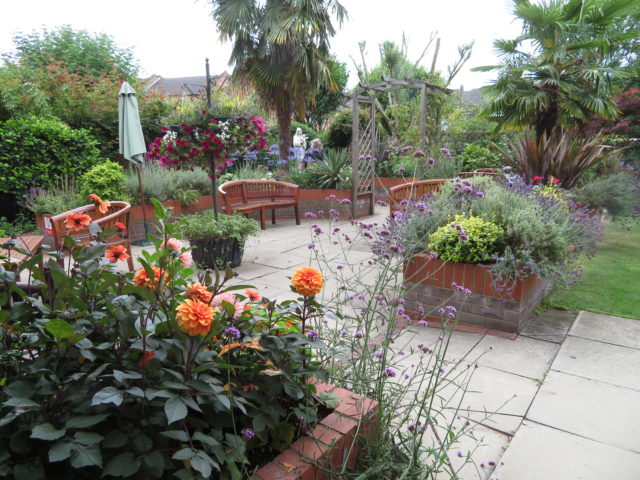 Adjacent to The Hub is a newly created Five Sisters Heritage Room with photographs from the Hospice’s early days plus letters and records of the first patients cared for in the Hospice.  There is also a video presentation compiled from a number films and historic photos.  Past records show the occupations of some of the first patients as ‘soldiering’, ‘barman’s wife’, ‘maid’ and ‘tailoress’. 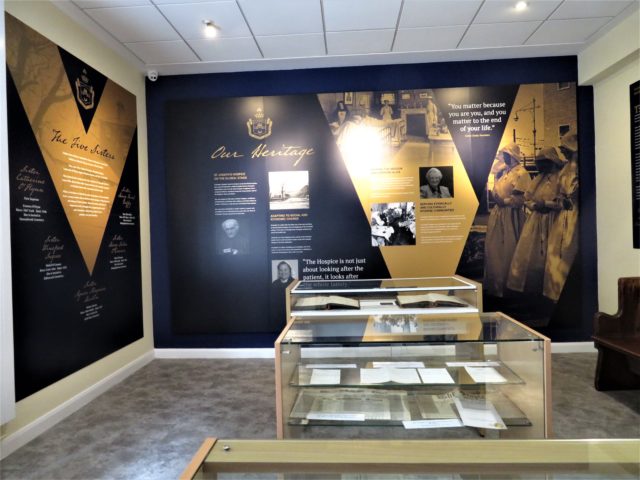 Room dedicated to the founders’ of St Josephs’ Hospice

St Joseph’s currently needs to raise £15 million a year to cover its operations.  Of this, the NHS provides 56% or around £8 million.  There are wide-ranging efforts to raise the balance.  Amongst the events supporters have participated in over the last year are a TrekFest in the Brecon Beacons, the Broadgate Tower Run up, the Prudential RideLondon – Surrey (100 miles), Trekfest Peak District, the ten-mile Great East End Walk and The Hackney Half Mile.   Participants are asked to pay an entrance fee and to aim for a minimum sponsorship target.

Bequests and legacies are another source of funding from St Joseph’s.  In 2016 the late C Douglas Woodward, a long-time Barbican resident, bequeathed a substantial sum of money, some of which has been used to change former office accommodation into residential accommodation within the St Joseph’s site.  Seven rooms, each with its own bathroom and sharing a kitchen have been created for staff and key workers.  This is particularly valuable for new arrivals working at the hospice who may not be familiar with the local area.  One resident, Carolyne, who has been a nurse at the hospice for sixteen years, commented that the new accommodation in which she now lives, has made a “HUGE” difference to her life.  Further funds from the bequest were allocated to upgrading the garden at the front entrance to the hospice. 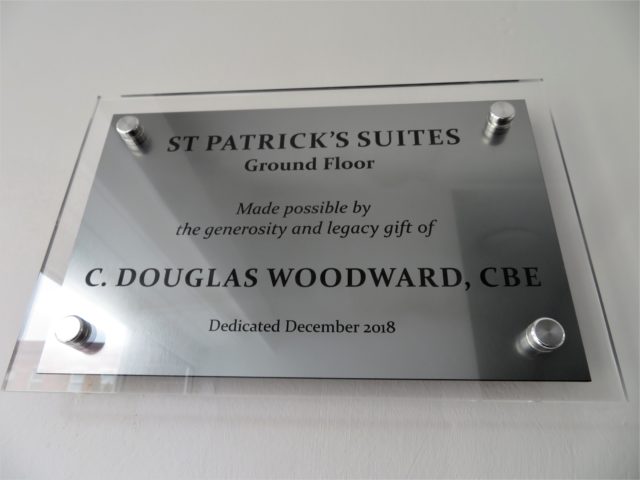 St Joseph’s is renowned for its jumble sales.  Regular sales are held in the Community Hub on Fridays, and larger sales three or four times a year.  Donations for these can be left at St Joseph’s Reception.

St Joseph’s also welcomes financial donations and bequests and more information is available on their website www.stjh.org.uk.  The hospice is a valuable asset and has provided support to a number of residents in our local area and visitors to St Joseph’s are very welcome. 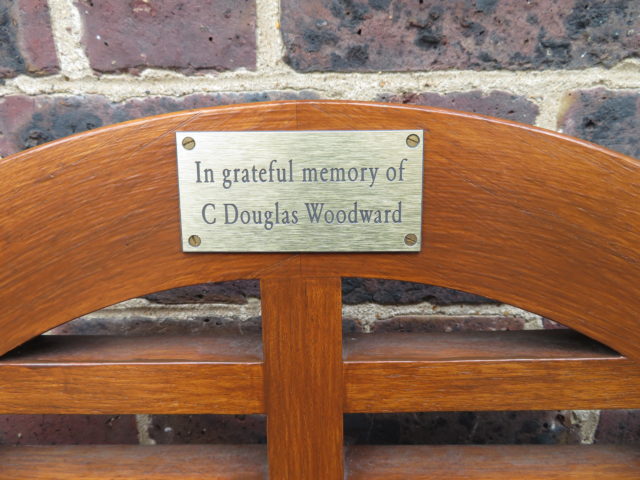