The Barbican in Denim

The Barbican in Denim

There’s still time to take in the new exhibition by Ian Berry (runs 16-30 November) and the fact that some of the pieces portray the iconic Barbican buildings and their surrounds. Ian works entirely in denim to produce some very unusual and unique effects. 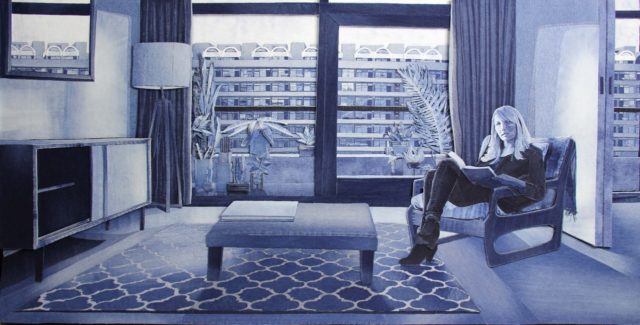 His depiction of urban life in London stretches from east to west, taking in everything from launderettes to houses and apartments.

Ian is an artist to watch, voted one the 30 artists under 30 by Art Business News magazine, he is now 32 and this is his first exhibition since he won that accolade. GQ and The Observer magazine have both covered the upcoming show and BBC London news has been filming there.