One of the perks of editing a magazine for the Barbican, and in running a restaurants section in the magazine is that we do get invited on occasion to launch parties and other promotional events for restaurants in our area.  In the latest of these, my colleague Helen Hudson (who as readers will know is one of our regular restaurant reviewers) and I were invited to participate on a judging panel to select the top chef for game dishes from restaurants run by the ETM Group – it manages a number of London gastropubs/restaurants, including The Jugged Hare, Chiswell Street Dining Rooms (both in Chiswell Street) and The Well (in St John Street), all close to us in the Barbican.  Other pub restaurants run by the Group include One Canada Square, in Canary Wharf, the Botanist in Sloane Square, The Gun in Docklands, The White Swan in Fetter Lane, the Hat and Tun in Hattton Wall, and the Cadogan Arms in Kings Road.

ETM Group founders Ed and Tom Martin are particularly keen on game and the chefs at their restaurants all prepare game dishes in season, with the Jugged Hare perhaps offering more than others in line with its name and decor so it was fitting the competition to choose the top game dish would be held there – and so convenient to the Barbican.  The six finalists had been the winners of elimination rounds all based on dishes which were being served by them at their normal places of work.  All had done so well to reach the final, and their dishes tasted so good it was hugely difficult to select a winner, but needs must and a decision had to be made. 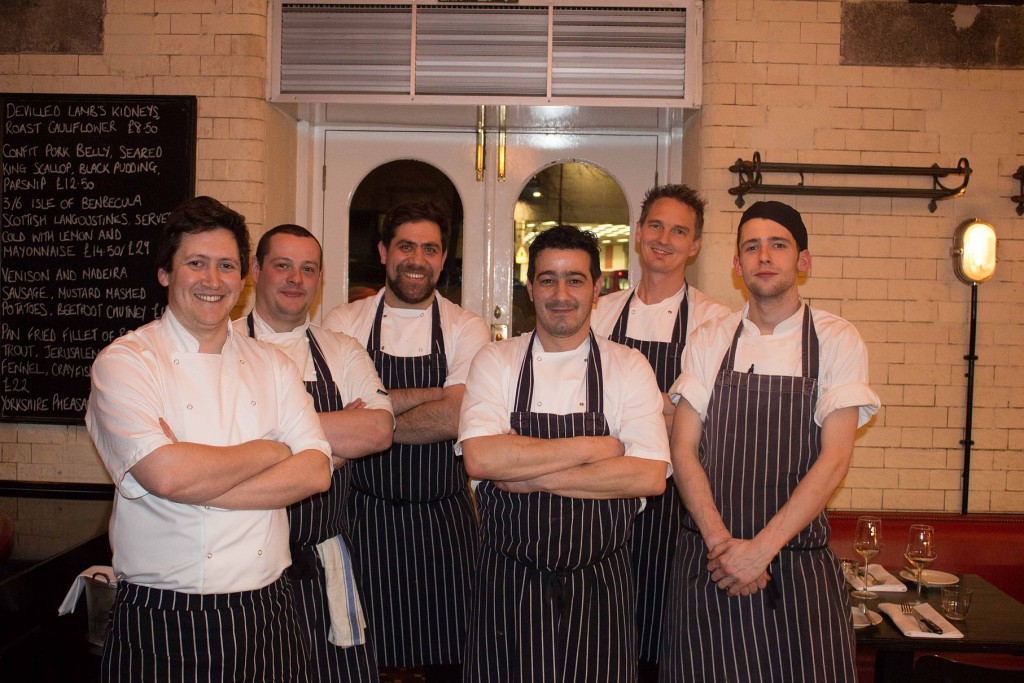 For someone who really enjoys game, the six dishes served up in the final were something of a gastronomic dream.  Every single dish was absolutely excellent and in marks out of 10 on taste the scoring was all extremely high varying by only around three points – from around 7 to 10 – from all the six judges.  But the chefs were also judged on presentation, originality and ‘wow’ factor and one has to say they excelled themselves on all counts with some spectacular plated offerings – so much so that when all the judges’ marks were collated there was very little to choose between all the contestants.

Even though the decision was not unanimous, the eventual winner was Rob Hunter, chef at The Gun, with his confit grouse with liver parfait and braised leeks all presented on a platter designed to look almost like a hunting scene, complete with spent shotgun cartridges. 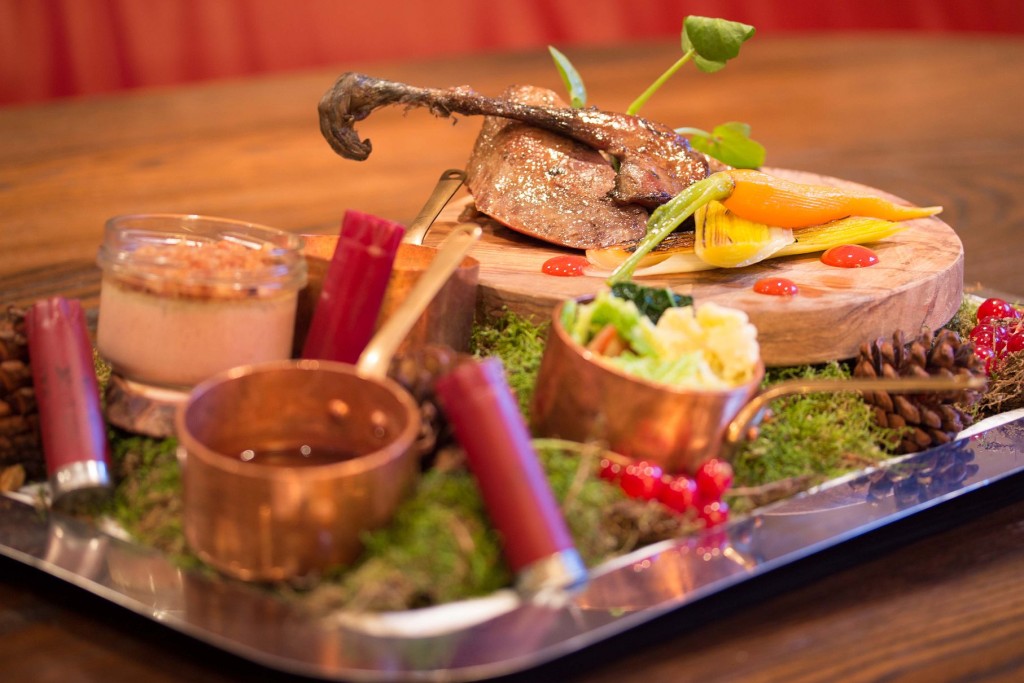 The amazing presentation of the winning dish

The runner up was Scott Dennis of the Cadogan Arms with his Roast breast of Yorkshire Widgeon, oak smoked pumpkin and duck lasagne and in joint third place Sam Hawkes, also of the Cadogan Arms with Braised Yorkshire hare ravioli with samphire, chanterelles and salsa verde and Stephen Englefield of The Jugged Hare with roast breast and confit leg of Yorkshire mallard, liver and heart sausage, lentils, sprout tops celeriac puree and port jus.

Because they were all so beautifully presented, and of such great quality, all the other entries are shown below – for game enthusiasts your mouth should be watering at the thought of trying all, or any, of these:  The dishes are shown in no particular order: 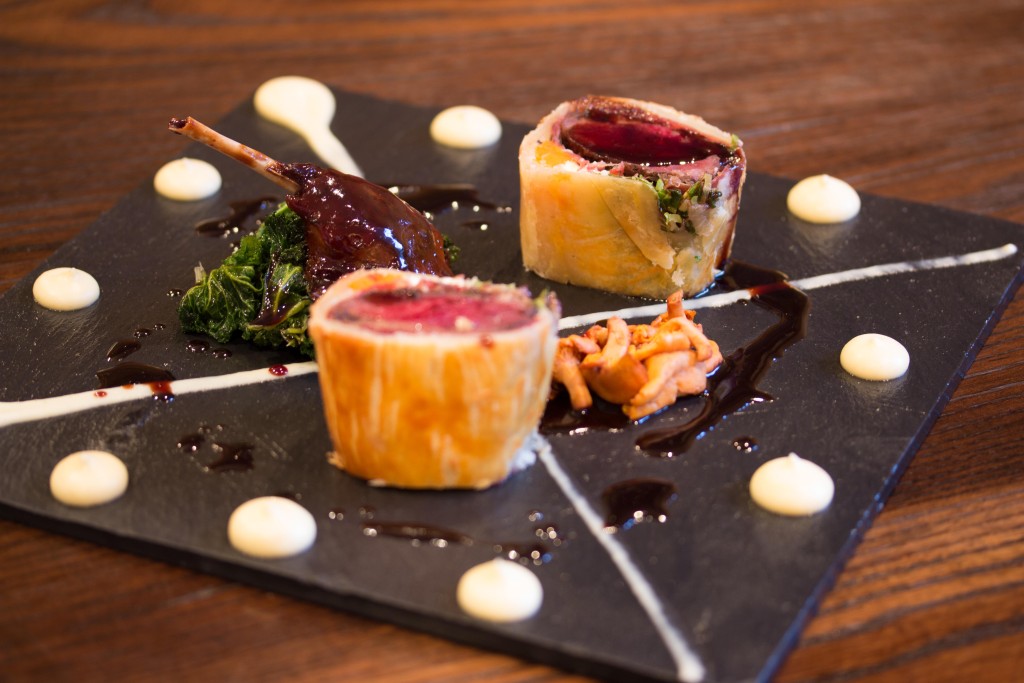 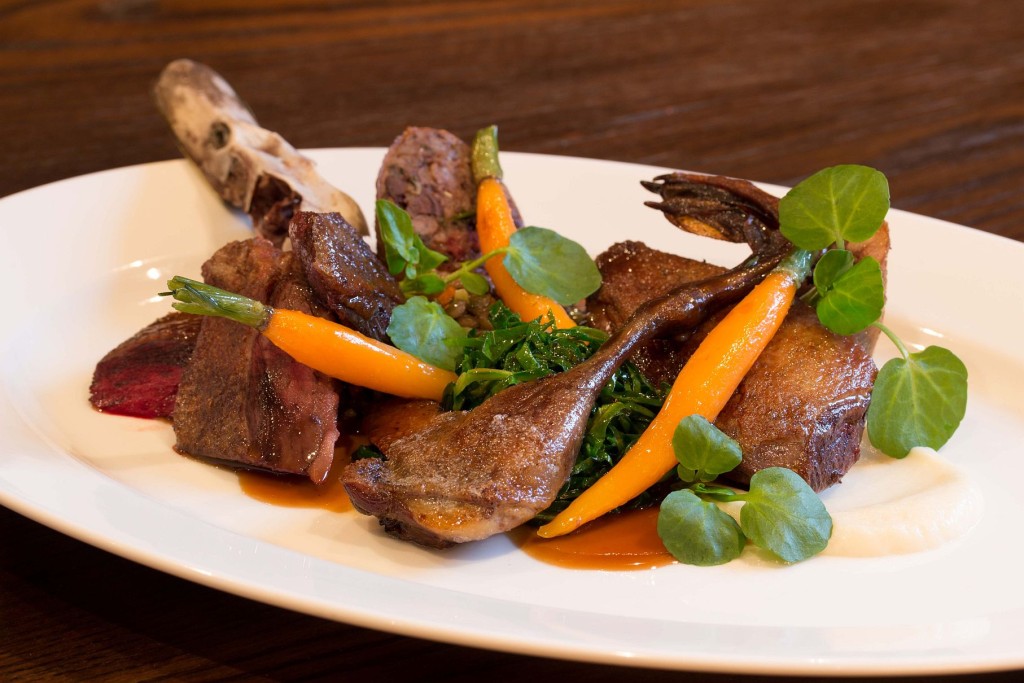 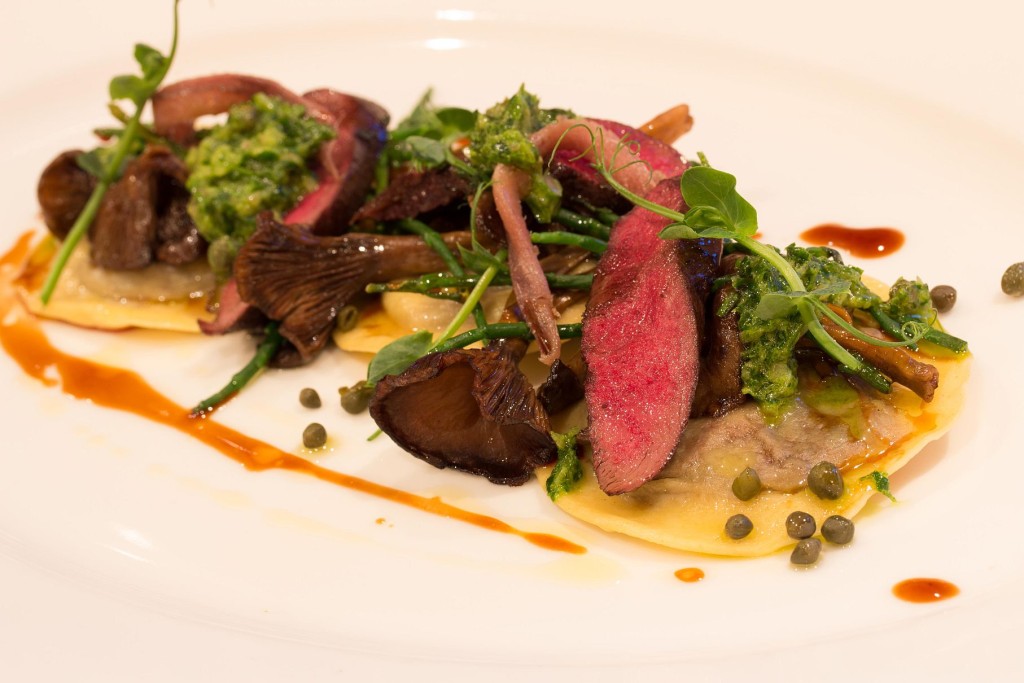 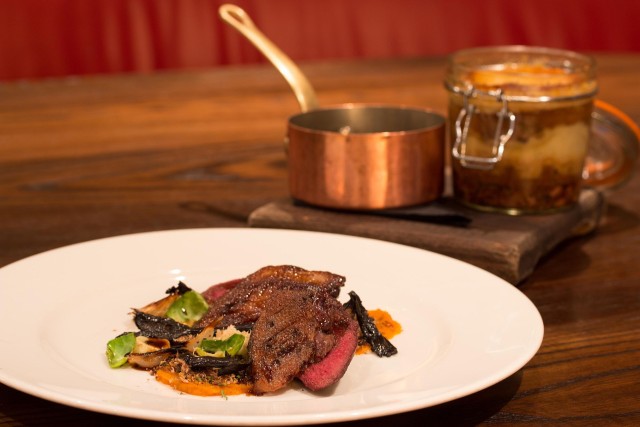