One of the hottest tickets in the Square Mile every year is the much anticipated Lord Mayor’s Big Curry Lunch. It returns again this year for the eighth year running to raise money for ABF The Soldiers’ Charity. As always it will be held in the Guildhall – this year on Thursday 16th April 2015.  The charity lunch has raised more than £1.1 million since its launch in 2008, providing vital support for Service men and women around the country.

The Lord Mayor’s Curry Lunch at the Guildhall 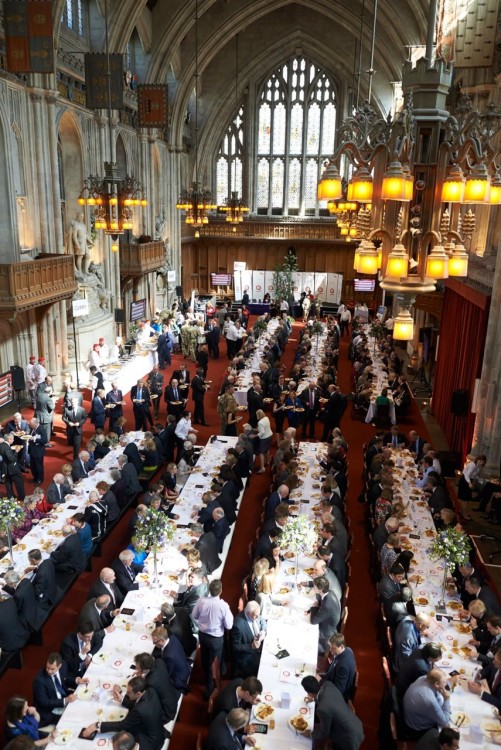 ABF The Soldiers’ Charity is the British Army’s national charity. Since 1944, it has been helping soldiers, veterans and families who are in need. Its oldest beneficiary last year was 108 years old, its youngest just a few months old. It helped more than 5,000 individuals last year with specialist wheelchairs, respite holidays, care home fees and grants to specialist military charities. It relies entirely on public donations, spending almost £8million annually on those who have served their country in the military.

Guests will be treated to delicious curries, while enjoying the company of a member of the Royal Family, as well as some of the biggest names in the City, sport and Government. Also present will be high-ranking members of the British Army and recently returned soldiers from Afghanistan.

The Big Curry Lunch will once again be hosted by the Rt Hon The Lord Mayor, Alderman Alan Yarrow who says: “The City of London is a long-standing and committed supporter of the UK Armed Forces.  Please support The Lord Mayor’s Big Curry Lunch in aid of ABF The Soldiers’ Charity, in order that we can continue to help those soldiers and former soldiers who, together with their families, have given so much of themselves in service of our stability and security.”

Guests will also have the chance to bid on money-can’t-buy prizes and experiences in the Silent Auction and Draw, including a fabulous five night stay for two at the glamorous One&Only Cape Town Resort, the opportunity to open Tower Bridge (Champagne included) and a day with the soldiers and officers of the Royal Horse Artillery.

Tickets and corporate packages are available to buy now starting at £95 for all food and alcohol. To book your ticket, contact Amy Kenyon – akenyon@soldierscharity.org.

For more information on The Soldiers Charity, or to donate, visit www.soldierscharity.org.