A View from St Giles

A View from St Giles

The Barbican window boxes with their striking red geraniums are iconic. These balcony flower beds are home to a large range of plants varying from tulips and daffodils to tomatoes, chard and strawberries. Lockdown has fostered our nurturing instincts and we have put our hands in the soil and become gardeners and been sustained by beautiful flowers and home-grown vegetables. The balconies and gardens of our urban residences are vibrant and thriving. 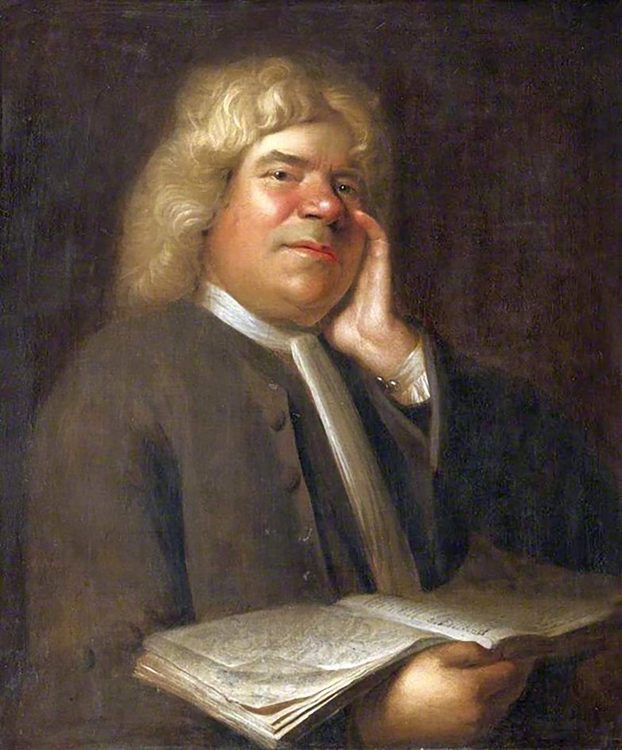 Many of the plants we grow are likely to be artificial hybrids and bred to be both vigorous and disease resistant. F1 hybrids, as they are known, are the result of crossing one plant with another and are the legacy of a Hoxton nursery man, Thomas Fairchild (1667-1729) who pioneered the technique 350 years ago. He created a hybrid, Fairchild’s Mule (Dianthus caryophyllus barbartus) by crossing a Sweet William with a Carnation, producing the first of many thousands of crosses between flowers and other plants that have provided such a range of choice for contemporary gardeners.

Fairchild knew the gardens of the City of London well and was familiar with St Giles, Cripplegate. Indeed, he is said to have given advice to the parish priest of St Giles’s Church on his new technique for pruning figs. He became the leading gardener of his time, publishing The City Gardener in 1722. In his book, he stated that the pear trees of the Barbican and Aldersgate produced excellent fruit and commented on how good the City was for grapes, figs and mulberries. It seems that the highest whitethorn in England was to be found in the passageway between Whitecross Street and Bunhill Fields. His networking with other leading nurserymen and horticulturalists of the City of London led to the foundation of The Society of Gardeners with which he was registered. His increasing renown was such that in 1724 he was invited to lecture at The Royal Society. At a meeting chaired by Sir Isaac Newton, he gave a paper on “Experiments relating to the motion of sap”. He is also very likely to have been the main author of the Catalogus Plantarum, a catalogue of the several sorts of trees and shrubs which will survive in the open air and are to be found in the several nurseries near London. He developed a productive relationship with Mark Catesby, a plant-hunter and eventually a botanical artist, who travelled widely and who supplied him with exotic plants from Virginia and South Carolina e.g., aquilegia, rudbeckia, helenium and aster – providing colour in the garden from April to November. 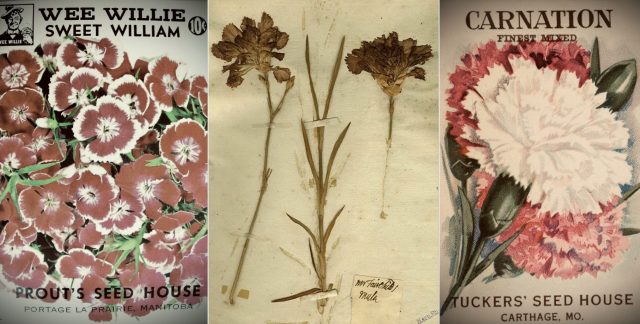 His experimentation with plant breeding not only advanced our understanding of plant genetics but also contributed to the great religious and scientific debate of the 19th and 20th centuries about the origins of the natural world: Creation or Evolution? His successful crossing of plants was contemporaneous with a growing awareness that plants might have sexual organs. Dissident anatomists of the time identified the stamen as the male or pollen producing part of the flower, and the stigma as the female part where the pollen germinates. To promote the idea that plants might reproduce sexually was considered shocking even to mainstream anatomists and was at odds with the teaching of the church. (At this time the English scientific establishment was closely tied to the Church of England). Thomas Fairchild’s technique of crossing of one flower with another was counter to the widespread conviction that it was wrong to seek to impose man’s will on God’s creation. As Fairchild was said to be a man of great faith, his own findings challenged his personal and sincerely held beliefs.

In the year of his death, he bequeathed £25 for a Fairchild Lecture to be given annually, and the lecture has been an opportunity for some of that debate to be aired. At its instigation, the lecturer was asked to speak about either “The wonderful works of God in Creation” or “On the certainty of the resurrection of the dead, proved by certain changes of the animal and vegetable parts of Creation.” Some 290 years later the eponymous lecture – also known as the Vegetable Sermon – continues * and is now delivered at St Giles’s Church on Whit Tuesday each year under the aegis of the Worshipful Company of Gardeners. Nowadays, the lecturer is given a purse containing twenty shillings from the reign of George II, and asked to hand it back afterwards. The subject of the lecture remains at the discretion of the Worshipful Company of Gardeners.

It is the techniques pioneered by Thomas Fairchild that have heralded the many thousands of new varieties of plants available to gardeners that we so enjoy today. We owe him a great debt.