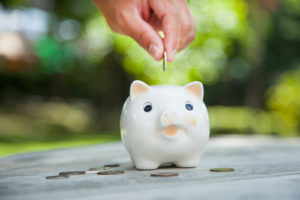 With the general election just having been called for the 12th December by Parliament as I write, you may by the time you are reading this be fully up to date on what on earth is going on. This of course depends on the precise date on which the magazine lands on your doormat and on when you are around to be able to stoop down and pick it up! However it’s not certain that even with the election results in you or I are any the wiser. A hung parliament doesn’t bear thinking about!

One of the arguments I occasionally hear regarding the timing of a planning review is that it’s best to wait for the markets to “settle down” before making any investment decisions. The problem with this is that since the markets reflect what is happening in the global economy, which in turn is affected by political, economic and social changes, things don’t ultimately settle down… until we die. At which point the settling down will have most definitely happened. Thinking along these lines is no use at all however if you are planning for retirement, doing some tax planning or simply wanting to get a decent return on your savings.

Despite the Brexit sound and fury, the election campaign and across the pond Donald Trump keeping us all royally entertained with his impressions of a United States president on hallucinogenic drugs, some planning tenets hold good. Brexit or no Brexit, deal or no deal, your state pension is likely to be an important supplement to your retirement planning.

The first thing to know and understand is what state pension you have already got and how much it could be. A useful place to start is the ‘check state pension’ section of the gov.uk website, which provides a full national insurance record, information about the state pension that you have built up so far, and a projection of what pension you might receive at pension age. Although most of the data is right most of the time, it’s worth being aware that it’s not always accurate.

According to the DWP around 3 per cent of online state pension forecasts are incorrect. This appears to be often where people have contracted out through defined benefit pension schemes and possibly transferred from one scheme to another. More worryingly, the DWP says a few years ago the error rate was more like 10 per cent. This suggests there are quite a few incorrect state pension forecasts that have been produced on which people may be depending. If you are in any doubt, it is worth asking for a written statement as the problems with the online system apparently do not apply to written statements.

Linked to this is the need to check your NI record. There have been a number of cases recently where people have paid NI throughout their working life but some contributions are missing in the online record. In some cases this will make no difference to your final pension but in others it will. It’s worth making sure your record is correct.

There are also instances where people – mainly mothers – who should have received NI credits for time at home with children but where those credits are missing. Provided the child benefit was in the right name (the person who wants the NI credits) and the woman wasn’t paying the ‘married woman’s stamp’ at the time, then years of getting child benefit since 1978 should count and be on the record. If the credits are missing you can fill in Form CF411 to get them back. If the wrong person was claiming the child benefit you can also apply to get the credits switched from one partner to the other.

In the early years of the new state pension, many people will not get a full pension because of past periods of contracting out or perhaps living abroad. But if you have gaps in your NI record from 2016/17 onwards – perhaps because you retired early – you can top up via voluntary NICs which are incredibly good value. If you pay standard Class 3 contributions for a full year costing a lump sum of £780, this will often boost annual pension in retirement by around £250, which in my book is a very good investment return!

While the state pension may not be a large part of your retirement planning, it may be more important to your other half. For example, if he or she is not going to get a full entitlement, there is no reason why you should not fund voluntary NI contributions to boost his or her state pension.

Another state pension option which is worth considering is deferral. Some are not aware of the potential advantages. Although the terms of deferral are not as generous as they once were, it can still be worth exploring especially if you are continuing to work past state pension age and are going to pay a lot of tax on your state pension if you draw it on top of earnings.

Even if you are relatively wealthy you may feel very strongly about the state pension and are determined to get what you are entitled to. Along with everyone else you may well find the following link helpful: