A new partnership between the City Music Foundation and neighbouring Barts Heritage has produced a series of free concerts in the hospital’s Great Hall.  Joanna Lyall reports. 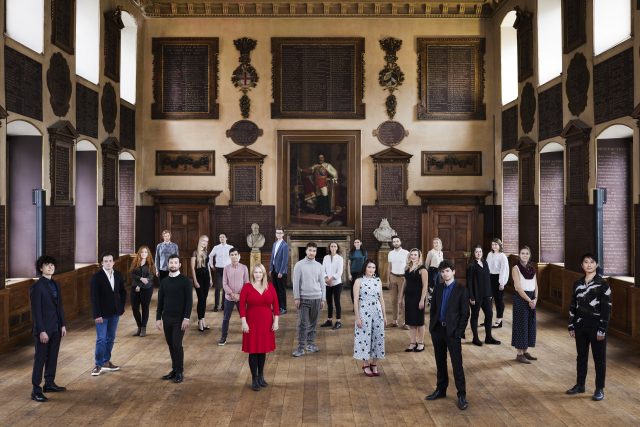 CMF musicians in the Great Hall

“It’s a no brainer really” says Dr Clare Taylor, managing director of City Music Foundation. “The musicians need opportunities to perform and the music gives life to the Great Hall.”

The result of the new partnership between Barts Heritage and the City Music Foundation, announced in October last year, is a series of free lunchtime concerts to run throughout 2021, online initially and with the addition of a live audience whenever permitted. In time the concerts may be streamed to the public parts of the hospital and patients may be able to listen through iPads loaned to them.

Dr Taylor, who chose to train at Barts in the 1980s because she admired the buildings and sang in the choir of the neighbouring St Bartholomew the Great, says the scheme reminds her of Goethe’s dictum “Music is liquid architecture; architecture is frozen music”.

“The role of music in health and well being is well established and the Great Hall is an inspiring place with a good acoustic,” she says.

The next concert in the series features classical saxophonist, Alastair Penman, on March 17th at 1pm. This will be followed, on April 21st at 1pm, with a performance by cellist Margarita Balanas.

The inaugural concert attracted some 23,000 views on Facebook and among the advantages for the musicians is having a video of their performance, says Taylor. A former consultant haematologist she took

her husband, Sir Roger Gifford, a banker, while he was Lord Mayor of London. They founded CMF, and in 2015 Clare became its Managing Director.

Patrons include Roger Vignoles, Iain Burnside, Simon Callow and Simon Russell Beale, while Sir Nicholas Kenyon, MD of the Barbican Centre, and Kathryn McDowell, CEO of the LSO, are on the Advisory Board.

Currently housed in Church House, Cloth Fair, CMF is a charity which provides mentorship, business skills, networking opportunities and management for young musicians early on in their careers. Those selected take part in a two-year part- time scheme which offers workshops and help with promotion through videos and websites and meetings with agents and promoters. As one participant put it “My conservatoire taught me to make music. CMF is teaching me to make a living.”

The aim is to equip each soloist or ensemble with the tools to sustain rewarding, and profitable, careers.

“We want to bridge the gap between musical training and careers in the real world and we support musicians from jazz and world music as well chamber musicians,” says Clare.

Last year ten were chosen from 150 applicants. In previous years musicians from the scheme have performed in the hospital church, St Bartholomew the Less, the Guildhall Art Gallery and the clock tower at St Pancras.

Will Palin, chief executive of Barts Heritage, which is planning a £15 million restoration of the hospital’s Grade 1 Listed North Wing, including the Great Hall, Hogarth stair, the gatehouse and the museum, said the partnership with CMF was a marriage made in heaven. 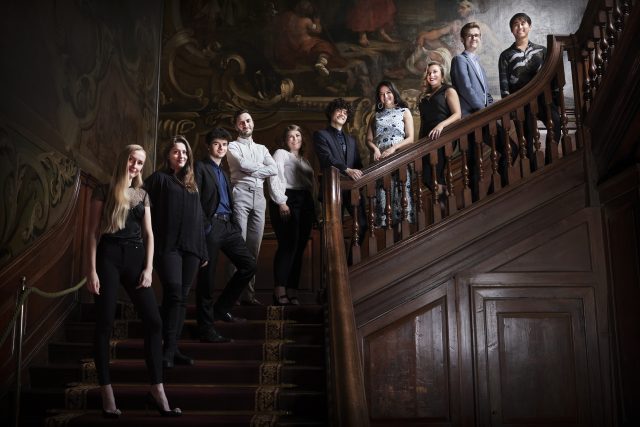 The ten 2020 CMF Artists on the Hogarth Stair

“After a difficult year we are gathering momentum again and it is wonderful to see the Great Hall being used by musicians producing music of such a high quality.”

Last October Barts Heritage won a £151,600 grant from the Culture Recovery Fund for Heritage towards its restoration plans which include providing a relaxation area for NHS staff in some of the rooms of the North Wing

In November last year the Prince of Wales agreed to become the patron of Barts Heritage in the run up to the hospital’s 900th anniversary in 2023. “Royal patronage is an honour and will give a massive boost to our forthcoming 900th fundraising campaign,” Will added.

When Prince Charles visits it will be in the footsteps of his great great grandfather, Edward VII. As prince of Wales, Edward visited in May 1868 and the occasion was recorded with a large drawing in The London Illustrated News of the 240 dinner guests in the Great Hall. Edward declared “everything in good order” and praised the staff for their treatment of the wounded from the Clerkenwell explosion in December 1867. A bomb placed outside the Clerkenwell House of Detention by the Irish Republican Brotherhood had killed 12 and wounded 120.

The CMF/Barts Heritage partnership will host a launch event in the Great Hall on Friday 29th June with a concert featuring the Echea Quartet, soprano Anna Cavaliero and guitarist Giacomo Susani.

And a specially commissioned work for soprano, guitar and stringquartet by Susani. 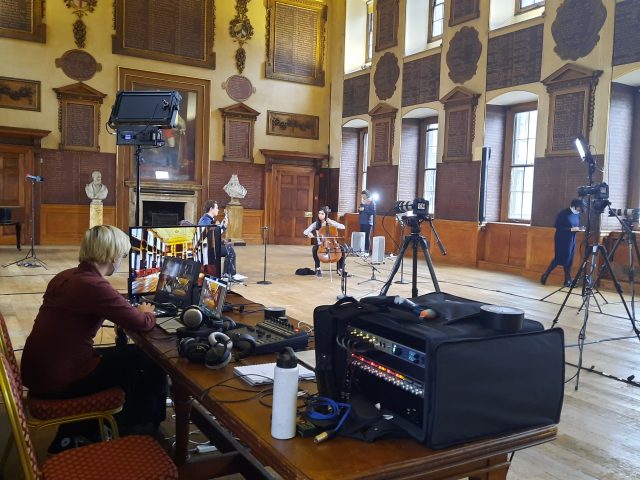